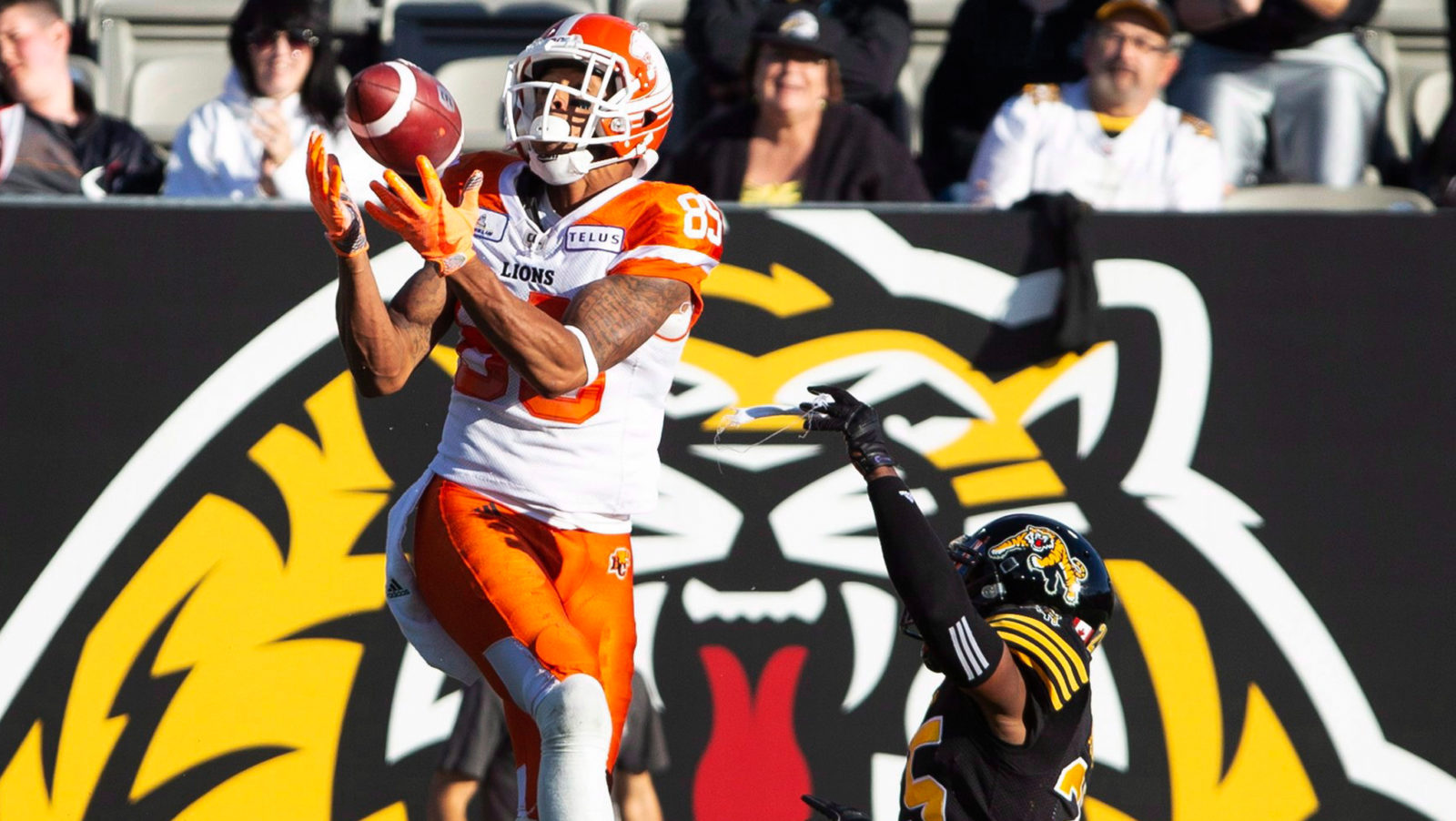 VANCOUVER — The BC Lions made a handful of signings on Friday afternoon, highlighted by the addition of receiver DeVier Posey and defensive end Alex Bazzie.

Along with Posey and Bazzie, the Lions also signed FB Mario Villamizar (N), RB Shaun Wilson (A), WR/KR Quadree Henderson (A) and LB Josh Woods (A).

**As per CFL rules, all players will enter mandatory COVID protocol before practicing with the team.

Posey began the 2021 campaign with the Hamilton Tiger-Cats and was placed on the six-game injured list before being released on September 30th. The Columbus, Ohio native suited up with the Montreal Alouettes in 2019, hauling 50 receptions for 780 yards and three touchdowns in 12 contests.

Posey was a big mid-season addition for the Lions in September of 2018. Appearing in the club’s final eight regular season games, Posey caught 31 passes for 441 yards.

His best performance came on October 19th of that year against Edmonton where he recorded 113 receiving yards and three straight touchdown receptions – including a brilliant 65-yard strike from Travis Lulay – in the second half to help the Lions secure a spot in the 2018 Playoffs with a 42-32 victory.

Posey’s knack for big plays in big moments was previously on display when he was named Most Valuable Player of the 2017 Grey Cup after his record 100-yard touchdown reception helped the Toronto Argonauts stun Calgary 27-24.

Prior to his two seasons with the Boatmen, Posey suited up in 26 games over three seasons (2012-14) with the Houston Texans where he caught 22 passes for 272 yards.

Posey suited up in 42 games with the Ohio State Buckeyes from 2008-11, racking up 1,955 yards and 18 touchdowns on 136 total receptions. He also caught a 43-yard touchdown pass from Terrelle Prior in the Buckeyes’ 2011 Sugar Bowl win over Arkansas.

Bazzie returns for a third stint in orange and black after most recently suiting up with Edmonton from 2018-19. He originally joined the Lions in May of 2014 and would suit up in 50 games (46 regular season, four playoffs) over the next three seasons.

His best pro season to date came in 2016 where he recorded a team-leading 11 sacks, 31 defensive tackles and a forced fumble while earning a West Division All-Star selection.

After signing with the Indianapolis Colts in early 2017, Bazzie attended training camp with the Arizona Cardinals before returning to the Lions in September of that year. In 45 games over five years at Marshall, Bazzie racked up 175 total tackles, 23 coming for a loss and four sacks.

Villamizar, a sixth-round selection (51st overall) of the Lions in the 2019 CFL Draft, the native of St. Catherine’s, Ontario suited up in all 18 games in his rookie season in orange and black.

Along with recording four special teams tackles, Villamizar recorded a pair of receptions for 13 yards. The versatile back missed 2021 training camp after suffering an Achilles injury during off-season workouts.

In four years (2015-18) at Wilfrid Laurier, Villamizar suited up in 38 contests while hauling in 16 receptions for 91 yards and five touchdowns while also earning an OUA All-Star nod in 2018.

Wilson, a Charlotte native, signed as a non-drafted free agent with the Tampa Bay Buccaneers in 2018 and rushed for 29 yards on six carries in his rookie year before being placed on injured reserve. Also attended training camps with the Washington Football Team and Tennessee Titans.

Henderson most recently attended training camp with the Winnipeg Blue Bombers in 2021 and previously had NFL practice roster stints with Pittsburgh, Jacksonville, the New York Giants and New York Jets.

Appeared in 34 games with the University of Pittsburgh Panthers, rushing for 887 yards and five touchdowns on 98 carries. Added 45 receptions for 473 yards and a touchdown in his career at Pitt while also leading the FBS with 1,116 return yards in 2016. Earned consensus All-American honours that season. In his senior year, Henderson led the team with 1,204 all-purpose yards (100.3 per game).

Woods suited up in 31 games at UCLA from 2015-19 while recording 111 total tackles, 11.5 tackles for a loss, five-and-a-half sacks, two fumble recoveries, two pass knockdowns and an interception.

As a senior in 2019, led all Bruins defenders with 4.5 sacks and was fourth on the team with 51 tackles.