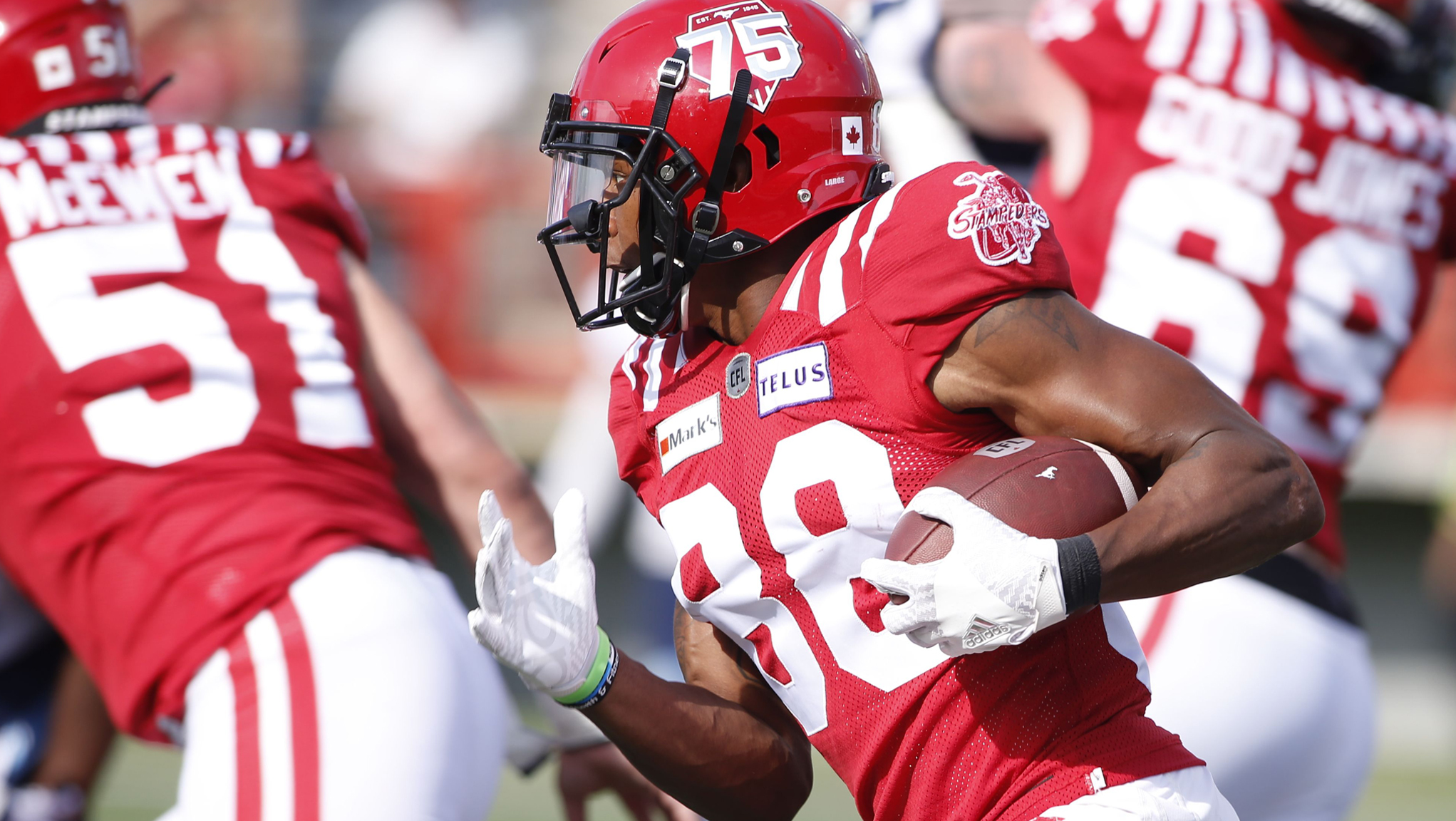 CALGARY — Calgary Stampeders receiver Kamar Jorden has been selected as the Herm Harrison Memorial Award winner for 2021, the team announced on Thursday.

Established in 2013, the annual award recognizes a Stampeders player for his outstanding community service. One of the franchise’s all-time greats, Herm Harrison played for the Stampeders from 1964-72 and was a West Division All-Star on six occasions and a CFL All-Star three times. Harrison remained in Calgary following his playing days and continued to support numerous community initiatives.

Despite ongoing challenges with in-person team appearances and events, Jorden – in his eighth year with the Stamps – has remained committed to giving back in a big way.

Hailing from Darby, Penn., Jorden has continued to organize, promote and host free youth football camps in his hometown that he launched 2017, with more than 500 participants to date. Jorden has also served as a head coach for Big Time Players 7v7 Football – a premier non-contact program in Calgary – over the last two years and continued as a guest coach this past summer. His work with minor football extends to training young receivers throughout the city at the peewee, bantam, high school and junior levels.

In addition, Jorden has shown his support at multiple high school football games this year, including the recent Senior Division 1A city championship game between the Notre Dame Lions and St. Francis Browns.

During the cancelled CFL season in 2020, Jorden took a proactive approach to continuing his engagement with the community through delivering a series of video messages to various schools, youth groups and longtime season-ticket holders as well as the Airdrie Raiders football program.

Currently, Jorden is serving as the team’s spokesman for the Purolator Tackle Hunger program, encouraging fans to bring non-perishable food items to the team’s game against the Winnipeg Blue Bombers on Saturday.

“I’m humbled and incredibly honored to receive this award, as well as to be mentioned with the great Herm Harrison and all the past winners whom I have great respect for,” said Jorden, a Bowling Green graduate, 2018 West Division All-Star and two-time Grey Cup champion. “With everything I’ve heard about Herm over the years, the one thing that always comes up was how thoughtful of a person he was and how much he cared for his community.

“I’ve always wanted to find ways to give back to my hometown and my community in an organic way. I understand the position I’m in as a pro athlete and I take great pride in being able to motivate, encourage and teach the game to the next generation of football players, whether that be here in Canada or back home in the States.”