Power Rankings: Wrapping up the regular-season 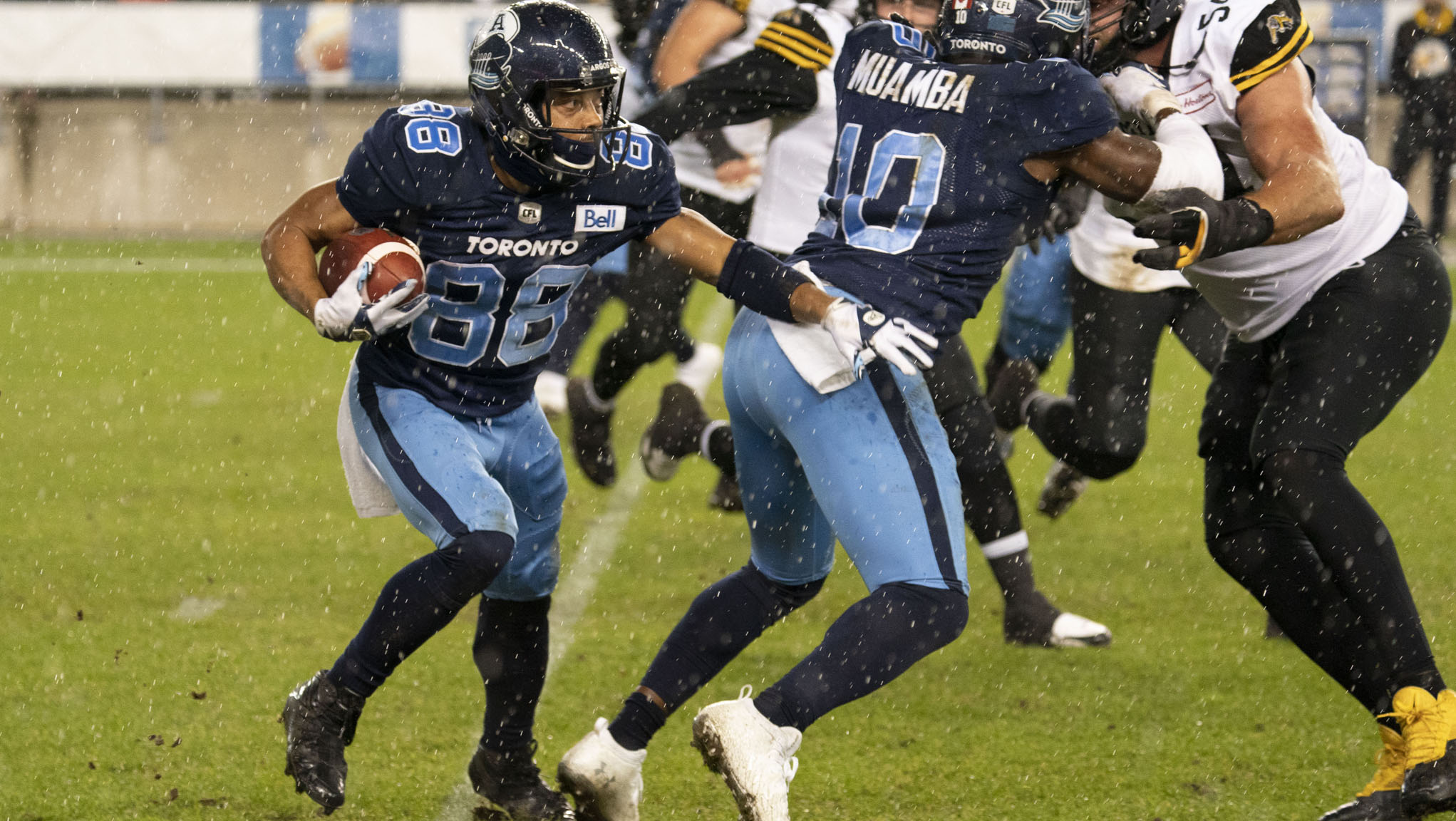 Power Rankings: Wrapping up the regular-season

TORONTO — Just like that, 16 weeks later, we’ve reached the end.

The 2021 CFL season isn’t over, of course, unless you’re one of the three non-playoff teams seeing the field this weekend. We’ve reached the last week of one of the most unique and challenging seasons that the league has ever seen and while things look different — we’d already be in the thick of playoffs in a non-pandemic world right now — they’re no less exciting.

Before we fully shift our focus to the playoffs, though, there’s still one loose end that needs to be tied up. Montreal and Hamilton will both be chasing a win this week, trying to secure the home game in the Eastern Semi-Final. We know they’ll face each other, with the winner moving on to Toronto the following week. We just don’t know if the winner is a five-hour drive away from BMO Field, or just the hour or two (traffic dependent) it takes to get from Hamilton to Toronto.

Oddly enough, it’s with those two teams that we see change in our power rankings this week. The Ticats were overpowered by the Argos in their battle for first place on Friday and the Als, we think, might have had a breakthrough moment with Trevor Harris against a Bombers team that’s rightfully shifted its focus to the playoffs already.

The only thing that Week 16 guarantees is uncertainty, with the majority of teams likely resting players or limiting their reps. We’ll have our eyes on Montreal and Hamilton this week, as the lay of the regular-season land gets finalized.

These were not the Winnipeg Blue Bombers that we’ve come to enjoy/fear through this season. Sean McGuire struggled filling in for Zach Collaros and the Bombers’ defence finally looked like regular humans in the fourth quarter, where the Alouettes scored 11 points. You can bet that the result was wiped from the team’s collective memory by Sunday morning. We know which team will take the field on Dec. 5 for the Western Final and that’s why the Bombers hold on to the top spot in these rankings.

With their home playoff date secured and just one final game left on the schedule, it’s fair to expect that coach Craig Dickenson will be looking to rest some vets and lean toward youth this week in Hamilton. Tied for the second-best record in the league, the Riders made some progress with their offence in Week 15, highlighted by Duke Williams’ 146-yard game. We’ll find out next week at Mosaic Stadium against the Stampeders if that offence is where it needs to be to win playoff games.

Some (the writers that make weekly picks on this site, for example), had written off the Argos, pointing to their struggles against BC and Ottawa in recent weeks. If we’d seen the less-than-good to bad Argos recently, we saw the great Argos on Friday night as they trounced their rivals, remained perfect at home and earned the right to host the Eastern Final on Dec. 5. We may not know exactly what this Argos team is, but we know this: They’re winners, especially at BMO Field and they’ve now got a great shot at a Grey Cup appearance.

We’ve talked a lot about how this Stamps team has been winning in the second half of the season in an unconventional way. Well, on Friday at BC Place that looked a lot like the Bo Levi Mitchell of old — 20-26 passing, 264 yards and three touchdowns — clinching his team a spot in the playoffs. Calgary’s late-season additions of Tre Roberson and Reggie Begelton make this an intriguing team as they head into the playoffs. If they’re going to have success into December, they’ll have to follow the three-road-game trifecta that the Bombers pulled off in 2019.

The Alouettes would likely quickly agree that the opponent they faced on Saturday wasn’t the Bombers team that handed them a loss the week before, but this still may have been an important win for them. Trevor Harris is looking increasingly comfortable with his receivers and coach Khari Jones’ offence and the defence got a chance to feast, which is never a bad thing for a team that was sitting at .500 and perhaps in need of some validation. Needing a win against Ottawa to give themselves a shot at a home playoff game, the Als should go into Friday night with a laser-sharp focus.

Let’s go back to the optimism that the CFL.ca writers had with their Ticats pick last week. Hamilton seemingly had everything in its favour: A win streak, solid QB play, defence and special teams that are capable of winning games for you on their own. With a golden opportunity at BMO Field, the Ticats laid a big egg, which was both shocking and impressive for a mix-breed feline. As the Ticats go into a must-win finale against Saskatchewan, that QB question that we all may have thought was behind us has sparked, at least as a topic for those outside the club: Does Jeremiah Masoli get the start in the playoffs, or will it be Dane Evans?

A disappointing and frustrating season in Vancouver got some finality on Friday, as the Stamps pushed the Lions out of the playoff picture. This will go down as a coulda-woulda-shoulda team that always felt like it was better than its record, right up until its end. There will be questions around them for the off-season. Is this a team that’s just a few tweaks away from greatness, or will it undergo bigger changes through this winter?

The Elks are smack in the middle of a grueling end to their season, visiting Toronto on Tuesday then trekking three time zones to the west to face the BC Lions on Friday. With something of a carousel of offensive pieces around him, Taylor Cornelius is showing signs of improvement, giving a good Saskatchewan team a fight in back-to-back weeks when his team has very little to play for. While Nick Arbuckle looks on from the sidelines, Elks fans can at least be encouraged by what they’ve got at the most important position on the field.

A rested REDBLACKS team comes back from its bye and heads into Montreal, where they’ll get an Alouettes group that needs a win to keep the possibility of a home playoff game alive. With one game left to evaluate talent, expect Ottawa to run through its roster as much as possible on Friday, while trying to get everyone safely through the game and into what promises to be a busy off-season.