Condell carried by the winds of QB change 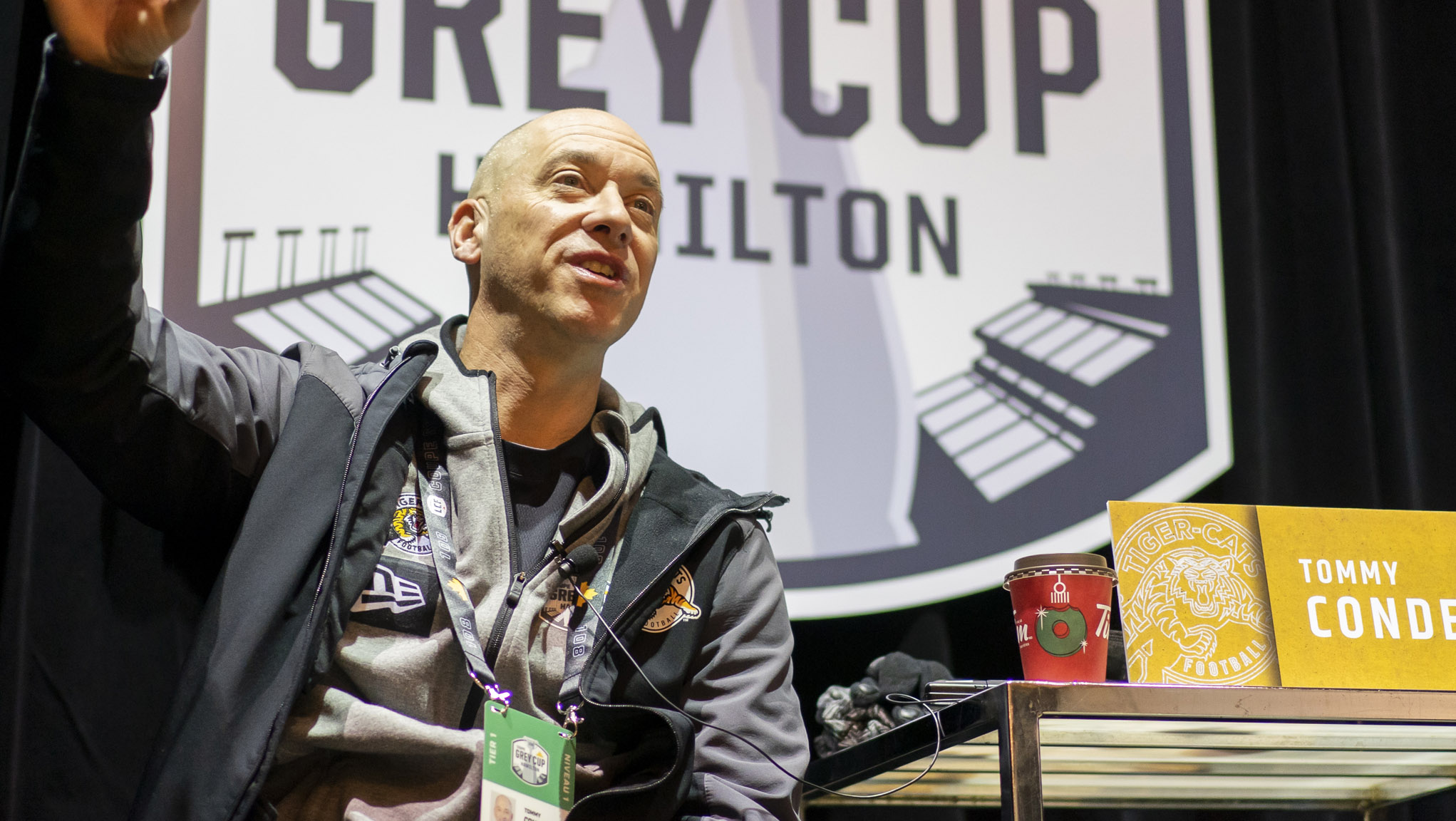 Condell carried by the winds of QB change

HAMILTON — Just like fans and media went into a flurry when Orlondo Steinauer declared Dane Evans as his starter in Sunday’s Grey Cup game, so too did Tommy Condell.

Condell, the Ticats’ offensive coordinator, certainly had more of a heads up than the rest of the world did when it found out the news on Wednesday. But he’s still had to make some schematic adjustments for Evans with an offence that’s been built around Jeremiah Masoli for the bulk of the season.

“Only in the realm of always making sure that what we do offensively mirrors the things that he does the best,” Condell said during Thursday’s media day session.

“We played with three different quarterbacks this year. This will be the third iteration of the offence, so to speak. So it certainly changes. It should.

“I don’t think it’s a plug and play all the time. You can’t try to force guys into something that maybe one player does better than the next. They’re all different, they’re all individuals and they all have skill sets that are similar, but different.”

RELATED
» Dane Evans to start for Ticats in GC108
» Through the lens: Grey Cup touches down in the Hammer
» Been There, Done That: Davis set for his fifth GC appearance
» Morris: Banks seeks extra blessing in fourth GC

Through the lens: Ticats take the spotlight on Grey Cup media day

Steinauer and Condell had to walk a fairly unbeaten path this year, using all three of their quarterbacks — Masoli, Evans and David Watford — as their starters for different stretches this season. Masoli went down with a rib injury in Week 2; Evans was injured in Week 6 and gave way to Watford, who started and won both of his games in Weeks 7 and 8, before Masoli got back into the lineup for Week 9. Evans, of course, stepped in for Masoli in the Eastern Final and led the Ticats to the Grey Cup game.

Condell is taking part in the fifth Grey Cup of his career and can’t remember a team having to start all of its quarterbacks like that. It certainly doesn’t happen for winning teams.

If you think of the offensive coordinator as the conductor in front of their orchestra, Condell was tasked with changing the type of music made three different times this season. Masoli is an excellent scrambler and would require a balanced offence that lets him throw and operate outside of the pocket. Evans is more the traditional pocket passer and Watford made the leap from short yardage work to running an offence that fit his skillset.

“We adapted to each individual and they’ve all had success in a team structure,” Condell said.

Condell has spent this week focusing on Evans’ strengths, while studying up on Winnipeg’s defence, which is led by its relentless pass rush. It was just four months ago that these two teams met to open up the 2021 season, but that game almost feels like a lifetime ago. Evans sat behind Masoli in the Ticat’s 19-6 loss in Winnipeg, while the Bombers’ defence held them to 297 yards of total offence, keeping the team out of the end zone.

Playing in front of a home crowd on Sunday, he and the Ticats are hoping for a different outcome this time.