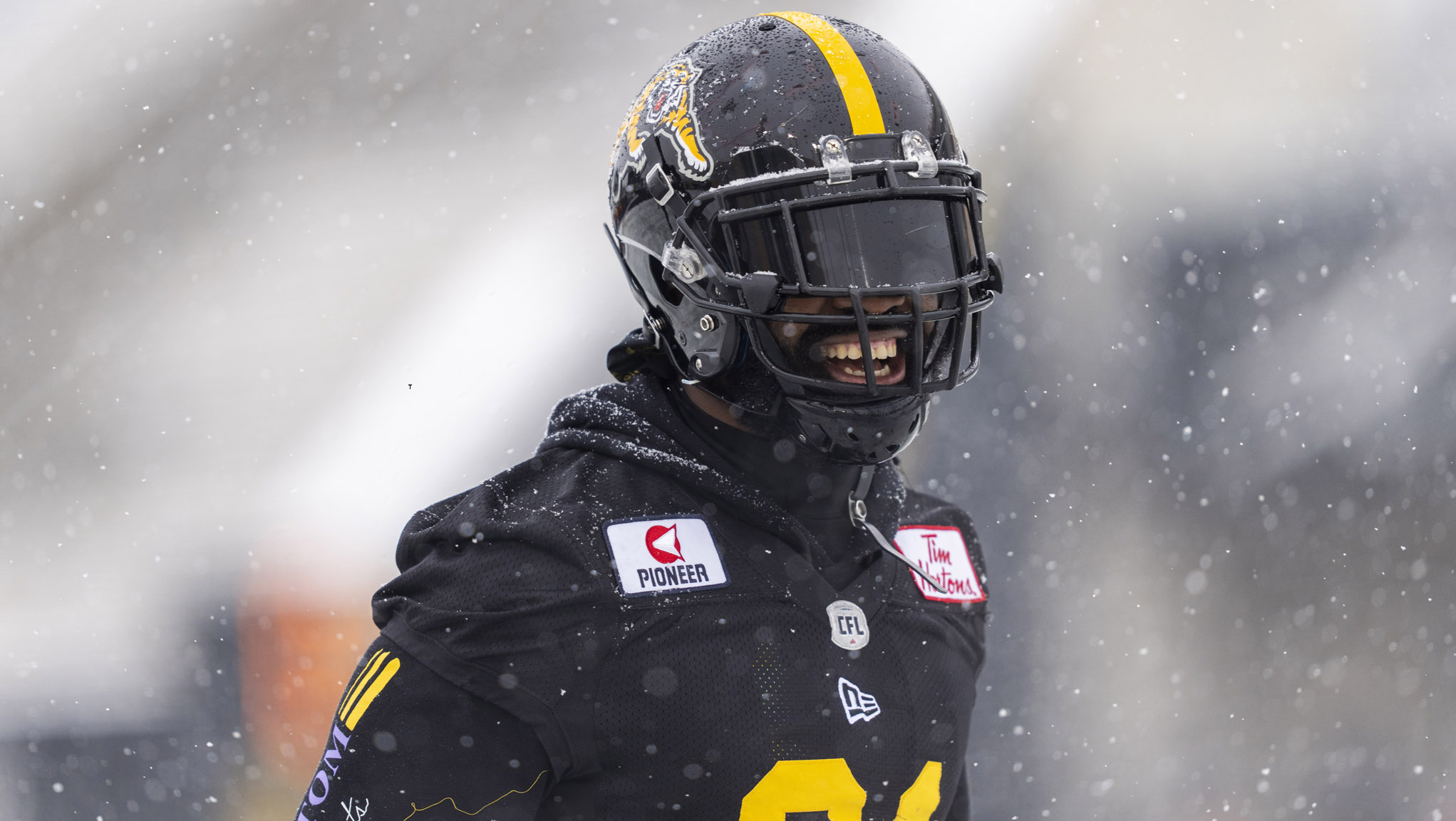 When it comes to breaking down these teams, you can go through the rosters, the stats and their one head-to-head meeting and start to come up with the conclusion that the Tiger-Cats are going to have a hard time keeping up with the powerhouse Bombers in the 2021 Grey Cup.

Last week, we saw again how the Bombers will bully you off the ball as Andrew Harris had another huge game in the playoffs.

The Bombers defence was able to hold of the Riders and make sure the SIX turnovers by the Bombers offence didn’t end their season. The fact that Winnipeg’s defence held them to 10 points off turnovers is another indication the Tiger-Cats are going to have to play their best to have a shot at a victory on home field.

On the other side of the field, you have the Tiger-Cats who are making the change to Dane Evans at quarterback. Evans was phenomenal off the bench against the Argonauts last week. His 16 of 16 passing and three total touchdowns was as perfect as you can be from the quarterback position. The way Evans was attacking the Argonauts with a lot of short intermediate passes and getting the ball out quickly is exactly what you need to do against this vaunted Bombers pass rush.

If you can keep Jackson Jeffcoat and Willie Jefferson going sideline to sideline, rather than up the field, you give yourself a chance. With speed like Tim White, Papi White, Brandon Banks and Don Jackson, I’m extremely interested to see how Tommy Condell draws up the game plan in this game.

Also, remember what the Tiger-Cats were able to do against the Montreal Alouettes in the Eastern Semi-Final. William Stanback was held to under three-yards per carry. The Tiger-Cats decided if they’re going to lose, Trevor Harris is going to have to beat us and I wouldn’t be shocked if Orlondo Steinauer will do the same this week. Zach Collaros did, after all, throw three interceptions last week.

Hamilton is also best in the league at stopping the run in terms of yards given up per game and yards per carry. (Keep in mind No. 2 in that category is Saskatchewan and look what Winnipeg just did to them.)

I went back to the 2019 Grey Cup to remind myself how things went so wrong for the Tiger-Cats in the 33-12 loss. It was impressive really the game was only 8-6 for Winnipeg into the second quarter with the Tiger-Cats turning the ball over three times in the first quarter.

Dane Evans first three drop backs were interception, sack and sack-fumble. The latter ended up with Andrew Harris’ first touchdown of the day on the next play.

Do you see history repeating itself?

The 2019 Grey Cup was a humbling moment for the 15-3 Tiger-Cats. And it’s hard to see things going south so quickly in this year’s game.

But there is another intangible that you can’t plug into any computer and it spit out an accurate assessment of what it means to this game; the crowd.

While it won’t be 40k plus with expanded seating, the crowd will be relentless.

The closest thing I have to what the crowd might mean was in 2013 in Saskatchewan. Tiger-Cat fans are proud, blue collar group, who have been waiting FOREVER for two things; to host a Grey Cup and to win a Grey Cup.

It’s right in front of them now.

If Zach Collaros’ ears aren’t ringing by the end of the first quarter, I’d be shocked.

The Bombers are the favourite. They should be. They do everything well.

(I’d also like to point out the Tiger-Cats won the Grey Cup at home in 1972. It was Angelo Mosca’s final game of his career. I know this has ZERO impact on the game. But one of my favourite sayings in sports is ‘sports are weird’ and wouldn’t it be something if the year we lose the Tiger-Cats legend, they win another one at home.)