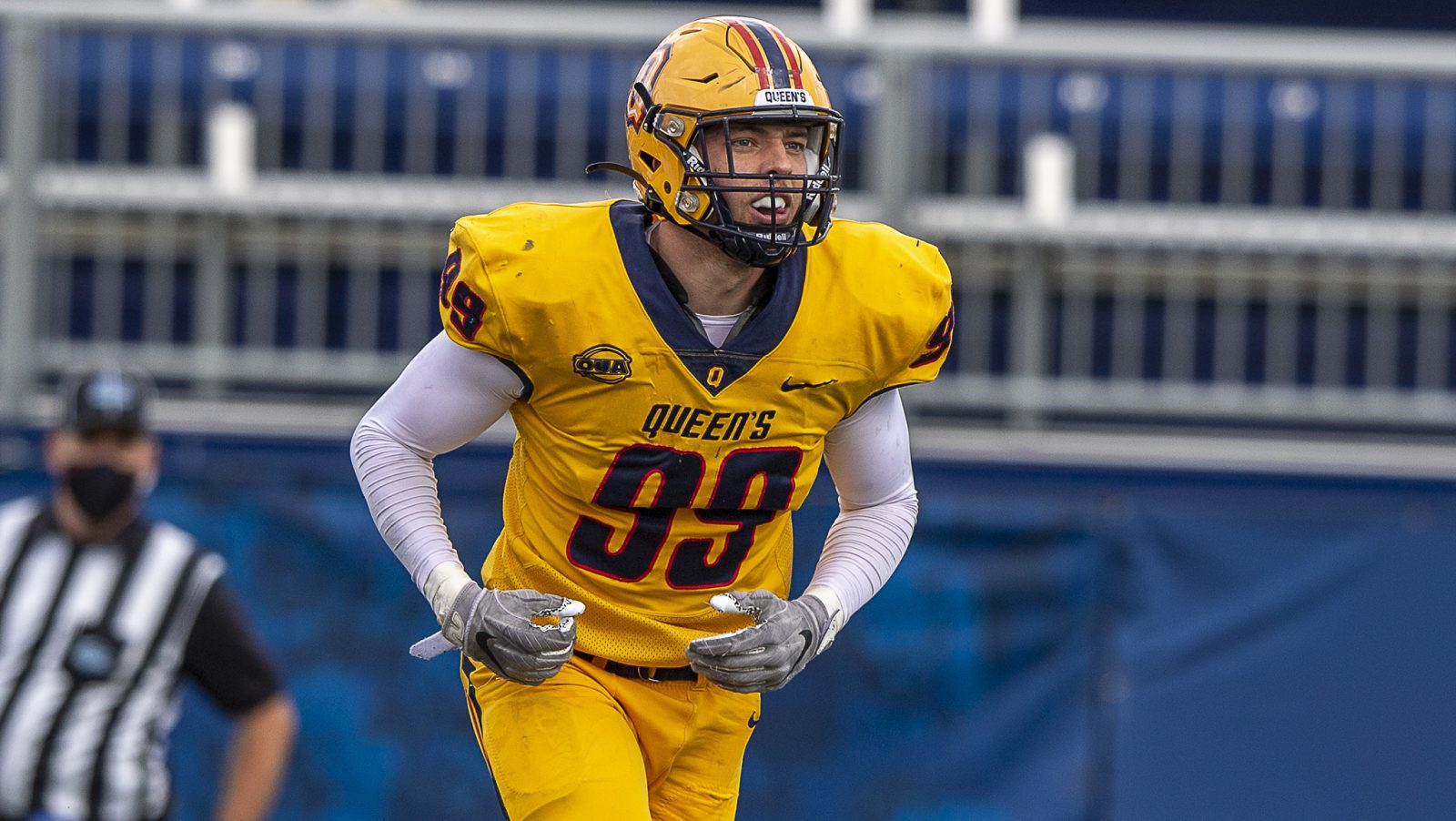 HAMILTON — The Hamilton Tiger-Cats have signed their entire 2022 CFL Draft Class, the team announced on Monday.

Anthony Federico, 24, played 23 games over three seasons at Queen’s University (2017-21). The six-foot-four, 240-pound native of Niagara Falls, Ontario was a force on the Gaels’ defensive line, registering 87 total tackles, 34.5 tackles for loss, 20.5 quarterback sacks and one pass breakup. He was given U SPORTS second team All-Canadian honours for his efforts in 2021.

Federico was one of 10 U SPORTS football players to participate in the 2022 College Gridiron Showcase in Fort Worth, Texas and one of four OUA players to receive an invite to the University of Buffalo’s NFL pro day. Federico also played CJFL football with the Hamilton Hurricanes.

MORE CFL DRAFT COVERAGE
» A team-by-team look at the 2022 CFL Draft
» In the Books: Trades help shape an exciting ’22 CFL Draft
» Quote Board: Chatting with the top 3 CFL Draft selections

Kiondre Smith, 22, played 25 games over three seasons at the University of Guelph (2018-21). The six-foot-two, 190-pound native of Scarborough, Ontario factored in both as a receiver and as a returner for the Gryphons, tallying 50 receptions for 612 yards and five receiving touchdowns as well as 45 kick returns for 822 yards, 112 punt returns for 1,065 yards and one punt return touchdown. He earned U SPORTS first team All-Canadian honours as a returner and second team All-Canadian honours as a receiver in 2021.

Nicolas Guay, 25, played four seasons at Laval University (2017-21). The six-foot-two, 300-pound native of Quebec City, Quebec earned U SPORTS first team All-Canadian and RSEQ offensive All-Star team honours in 2021. With the Rouge et Or, Guay made two Vanier Cup appearances, including a losing effort in 2017 at Tim Hortons Field and in 2018 when Laval captured the Vanier Cup at Stade TELUS, their home stadium.