Looking For More: Stamps eye top of West in 2022 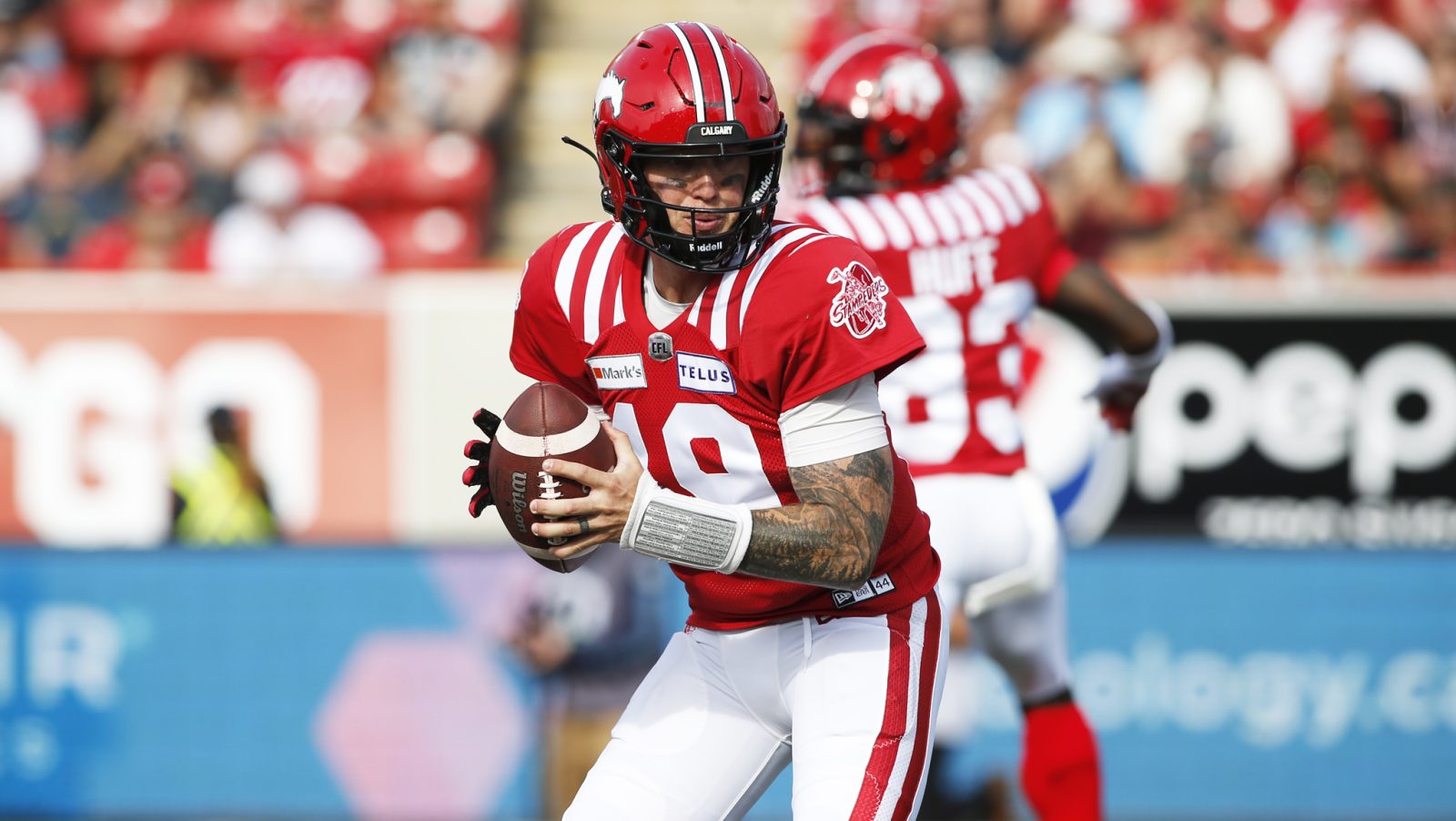 Looking For More: Stamps eye top of West in 2022

CALGARY — For the second-straight season, the Calgary Stampeders were on the outside looking in, losing in the Western Semi-Final and starting their off-season early.

For a team that’s used to finding success in the post-season in recent years (they had three trips to the Grey Cup in 2016, 2017 and 2018), and a team that boasts a successful front office staff and has playmakers all over the field, it’s almost a shock to see a team of their pedigree make another early playoff exit.

That being said, with a healthy Bo Levi Mitchell, returning talented receivers and a few new faces on the defence, there should be no reason why the Stampeders won’t get back to their dominance in 2022. 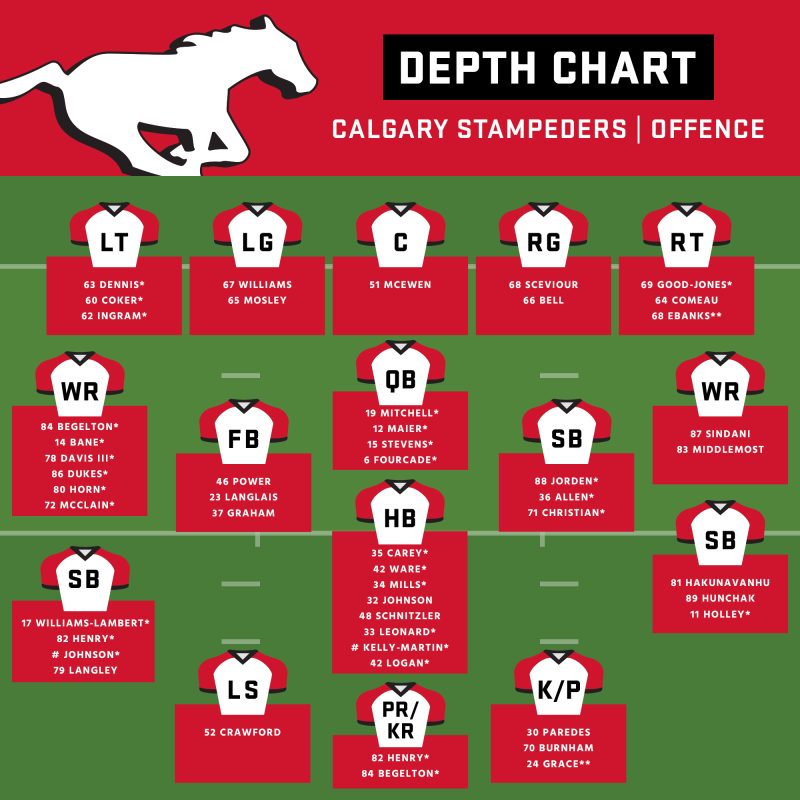 For the Stamps, it starts and ends with Bo Levi Mitchell, who will be behind centre once again this season. Mitchell dealt with injuries in 2021 playing in 11 games and throwing for 2,594 yards, 10 touchdowns and 13 interceptions. The TD to INT ratio jumps off the page as somewhat of an uncharacteristic one for the pivot, but with an entire off-season to get healthy, there’s no doubt that the 32-year-old is ready for a bounce-back year in Cowtown.

Luckily for the Stamps, they have a reliable backup behind Mitchell in Jake Maier. Maier played in 11 games in 2021, including three in place of an injured Mitchell to start the season. The 25-year-old pivot threw for 1,211 yards, five touchdowns and three interceptions last year through the air while also adding 16 carries for 31 yards and two major scores on the ground.

The league’s second-leading rusher last season, Ka’Deem Carey, is set to carry the rock once again for the red and white. Carey had an excellent second season in Calgary, racking up 869 yards and seven touchdowns on 164 carries.

The offensive line is arguably the most important part of an offence, providing protection for the quarterback and opening up holes for the running back. Calgary added a few new pieces to their O-line this off-season including bringing back Derek Dennis, who should be a starter this season. They also boast three Canadians on the line, including centre Sean McEwen, who was one of CFL.ca’s top pending free agents earlier this year and signed with the Stamps after hitting the open market.

Not much has changed for the Stampeders at receiver with Reggie Begelton, Kamar Jorden, Luther Hakunavanhu and Richie Sindani all retuning this season. The only new face in the group is Jordan Williams-Lambert, who inked a deal with Calgary as a free agent earlier this off-season. Williams-Lambert hasn’t played a full season since 2018 but when healthy, he’s as dangerous as they come.

On special teams, reliable, familiar kicker Rene Paredes, one of the most clutch players in the league at his position, will assume kicking duties. Medicine Hat, Alta. native Aaron Crawford will play long snapper for the Stamps once again, after spending five seasons in Hamilton. The veteran was integral to the success of Calgary’s special teams unit in 2021, his first year with the club. 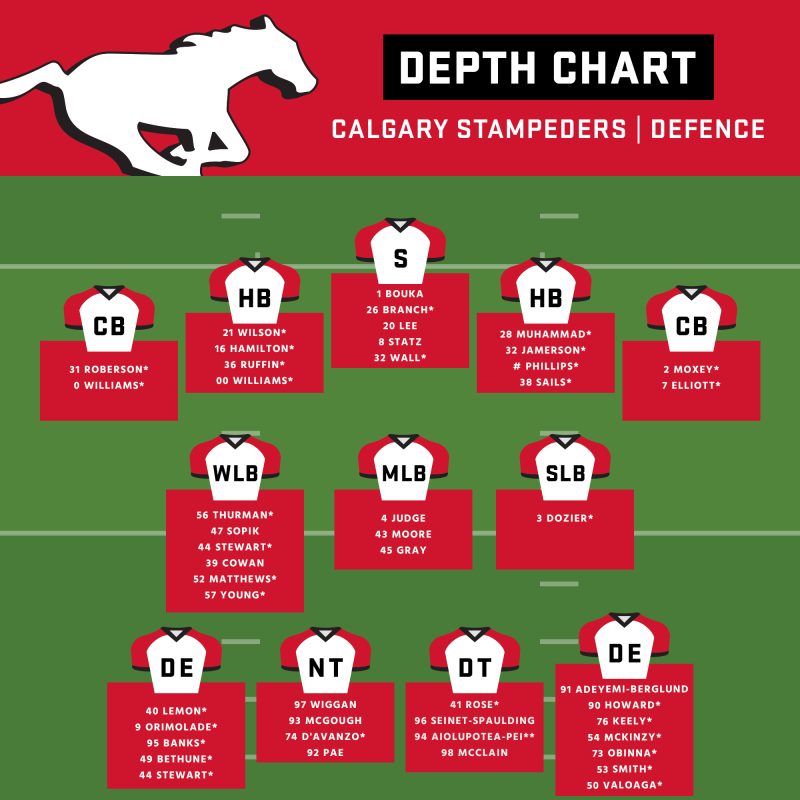 On the defensive side of the ball, one-two punch Derek Wiggan and Mike Rose are set to patrol the inside of the defensive line while Shawn Lemon and Isaac Adeyemi-Berglund are likely to handle the outside.

Cameron Judge joined the red and white in a trade with the Toronto Argonauts. Judge quickly became one of the best Canadian LBs in the league and was the West Division finalist for the league’s Most Outstanding Canadian Award in 2019, just his third season in the CFL. That season he amassed 61 defensive tackles, 11 special-teams tackles, five sacks, two interceptions including a pick-six and one forced fumble in 17 games for the Riders. He’ll be a welcome addition to the middle of the team’s defence this year.

Beside Judge should be Jameer Thurman at WILL, who signed an extension with the team before his contract expired in February, and Branden Dozier is likely to start at SAM.

In the secondary, Elie Bouka could be the team’s starting safety while Jonathan Moxey may start at corner. Brad Muhammad started a few games at corner for the REDBLACKS in 2021 but could slide inside to halfback while Raheem Wilson and lockdown corner Tre Roberson should patrol the other side.

The Stampeders head into the 2022 season with all the pieces to get it done, as they hope to find themselves in the Grey Cup in Regina later this year.