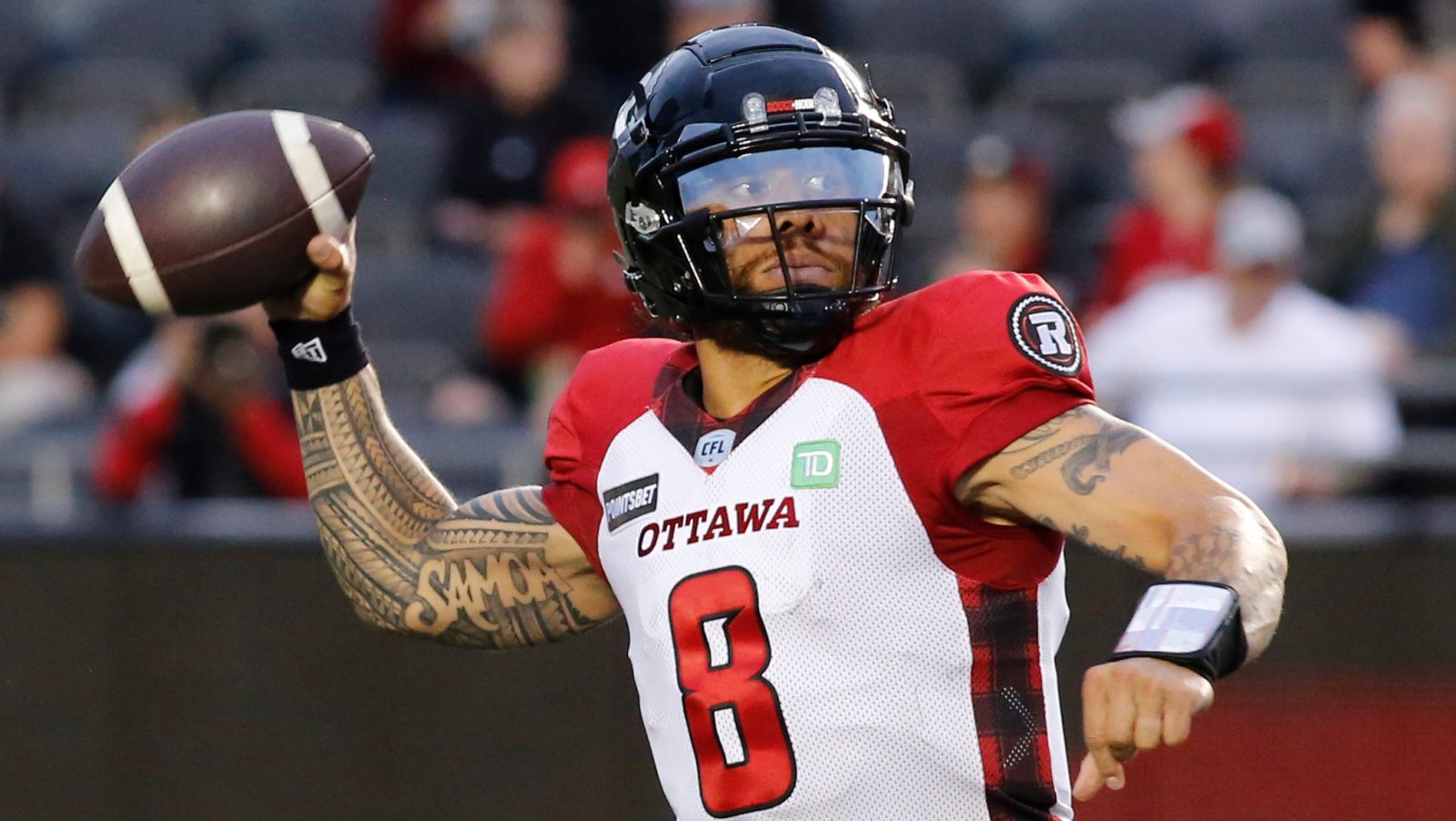 When Jeremiah Masoli signed with the Ottawa REDBLACKS in free agency this past February, everything changed.

The REDBLACKS’ outlook, mentality and potential suddenly shifted along with many projections of how the East Division would look by the time summer sun turns to autumn air.

It’s not as though Masoli is the greatest passer to ever don a CFL uniform. He doesn’t bring a jewelry box filled with Grey Cup memorabilia to the REDBLACKS. What he distinctly brings is hope.

That’s a word that’s been vacant from TD Place since the end of 2018.

Ottawa head coach Paul LaPolice has said repeatedly that Masoli’s job as the quarterback is to bring hope to the team, city and everyone who touches REDBLACKS football. If that’s the baseline from which Lapo and Masoli intend to operate, Week 1 was a resounding success, despite losing on the road to Winnipeg.

For the second season opener in a row, Masoli got the start in Week 1 against the defending Grey Cup champions in their house to watch a banner unfurled that he himself was one win away from claiming. In the most recent case, perhaps a Jaelon Acklin finger tip or two away from claiming his elusive first Grey Cup title.

Winnipeg struck first with former Ticats teammate Zach Collaros finding Greg Ellingson for a score. The REDBLACKS of 2019 or 2021 would have likely folded, thrown a bad interception or gone two-and-out, creating negative momentum that rarely stopped before the score was out of hand.

Not with Masoli there. A 38-yard completion to Nate Behar and a 20-yard touchdown pass to Shaq Evans highlighted a brief three-play drive where Masoli confirmed those negative patterns of old walked out the door as he walked in.

There were some dangerous throws, one resulting in an interception, but the Masoli experience is not one without ups and downs. The ups are what Ottawa signed him for and LaPolice knows it’s his job now to create as many of them as possible for his veteran quarterback.

“I wasn’t concerned about the opponent, or the setting, I was focused on trying to give him (Masoli) the best game plan possible to succeed and that was our first time putting together a real plan to go play,” LaPolice said this week in a post-practice scrum.

Given that LaPolice and Masoli are still coming to understand each other’s tendencies and preferences, going on the road and losing a close game to a defence the quality of Winnipeg’s is nothing to hang their head about.

What caught my eye was not just Masoli giving the hope defined above, but willing to do it with his own unique brashness. 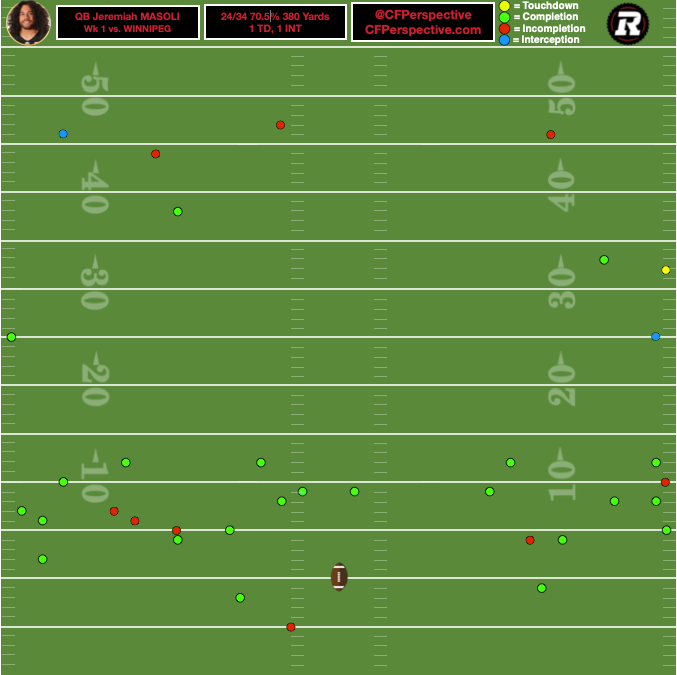 Ottawa was not afraid to push the ball down the field, at a time where — outside of Ticats tagalong Jaelon Acklin — Masoli is still feeling out his chemistry with many REDBLACKS pass catchers.

That’s not an accident. It’s not a matchup driven decision. It’s a mentality.

The Ottawa REDBLACKS showed me in Week 1 they are going to play fast and with intent, even if it puts them at risk of making mistakes or hitting bumps along the way.

With a home opener on the table tonight and facing the potential of starting the season with two losses to what appears to once again be a very strong Winnipeg club, you can guarantee Ottawa will hold nothing back in an attempt to send their passionate fans home happy Friday night.

At the core of that is Jeremiah Masoli. We all know that closing statements are the most important. Regardless of how tonight goes, if Masoli ends his maiden season in Ottawa with success, nobody will care about Week 1, but there is an opportunity tonight to give in-person hope to a football city that has been begging for it over the last three years.

Defending champs, energized challengers and a chance for both to send a message about their intentions this season. If it’s up to Masoli the communication will be loud and clear: “Ottawa can be a Grey Cup contender, and I’m leading us there.”