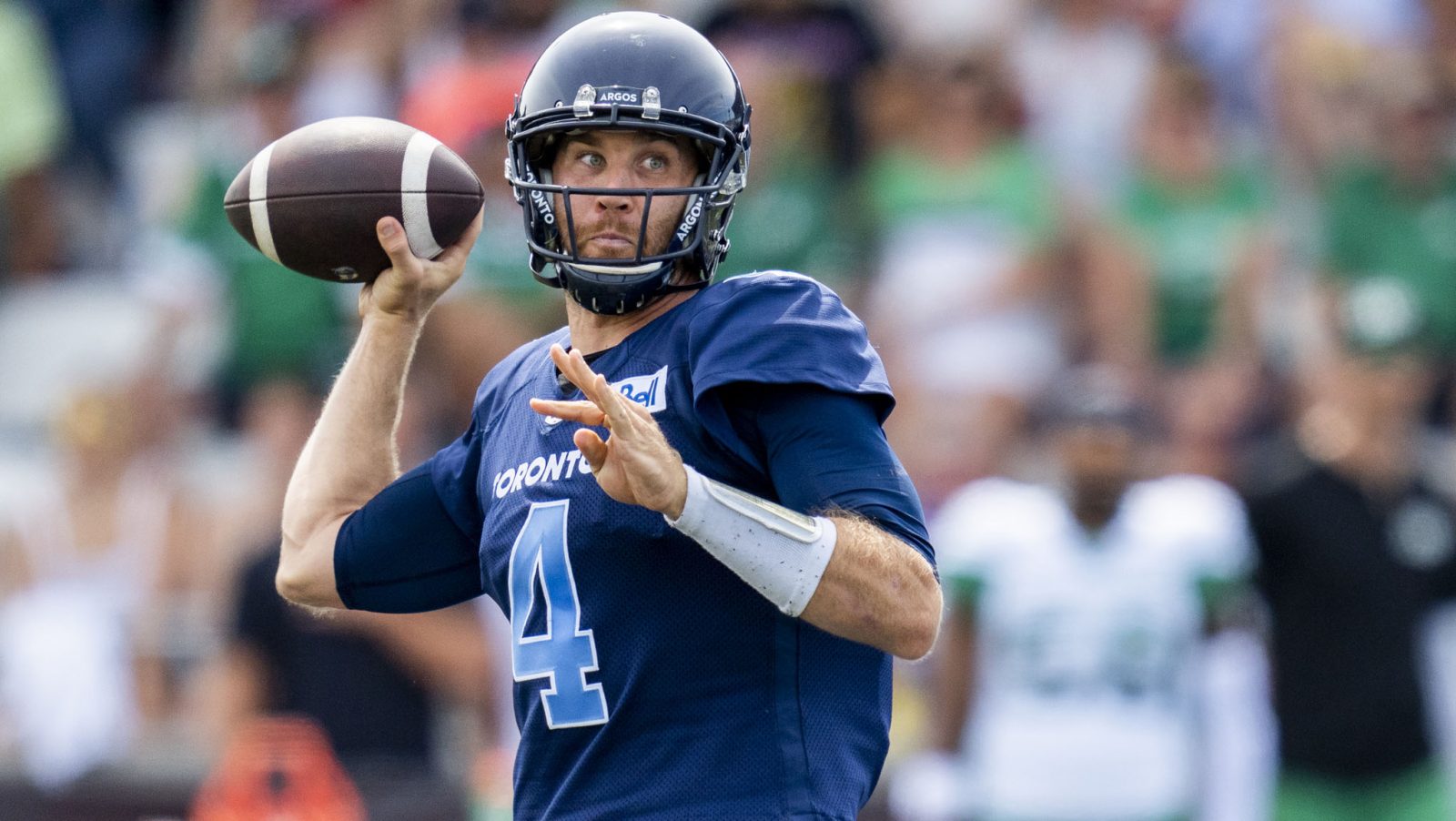 Let’s all sit back and recognize what a fun Week 6 it was on the field as every game was down to the wire.

There was a party in Atlantic Canada, a great battle of the unbeatens, a dramatic comeback for Edmonton’s second win and a crazy finish in Hamilton for the Tiger-Cats’ first win of the season.

More of the same this week shouldn’t be too hard to ask for, right? 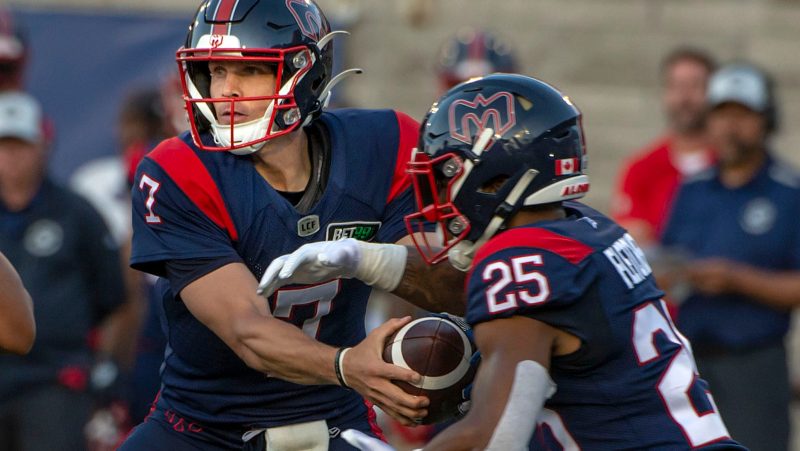 The Montreal Alouettes had the win in their grasp against Edmonton but defensive pass interference penalties sunk them as Edmonton just kept throwing deep and the flags kept hitting the field.

Danny Maciocia won’t be too happy after citing discipline as the main factor he parted ways with Khari Jones. Montreal likely can’t believe they only have one win to go along with a loss on a missed field goal, a late loss to Calgary and another blown lead against Edmonton. Yes, they are that close to a four win team.

But they’re only a one win team and it’s a key game this week against Ottawa as the Alouettes have a chance to put some space between themselves and the REDBLACKS as these wins now will pay off in the race for what could only be two playoff spots for East Division teams.

Ottawa, meanwhile, nearly scraped out a win in Hamilton as they try to find their game without Jeremiah Masoli at the helm for the foreseeable future. Caleb Evans is in place for now as Nick Arbuckle gets worked into the system after the trade from Edmonton.

These two teams are fairly even in many of the key stats, so I have this one up as a coin toss game. I’m going with a little more stability at quarterback as the reason I’m leaning toward Montreal. 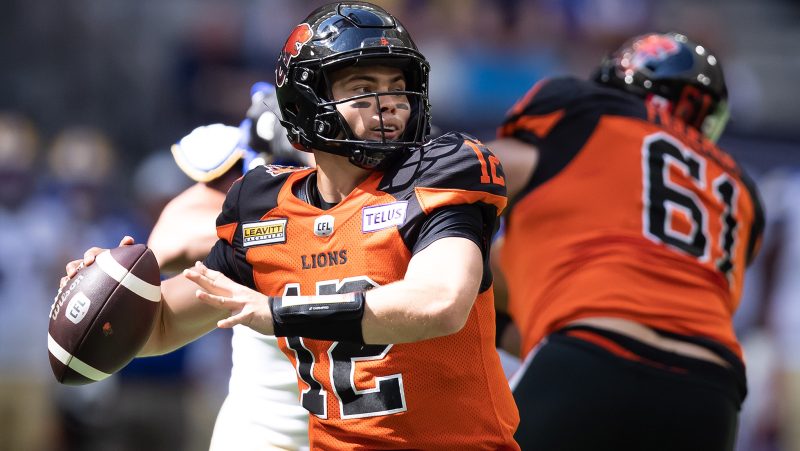 Will Nathan Rourke and the BC Lions get their fourth with of the season this weekend against Hamilton? (The Canadian Press)

The Tiger-Cats are finally in the win column by about a yard, as that is how short Lewis Ward was from giving Hamilton another heartbreaking loss. You could see the relief come in the celebration for the Tiger-Cats as Orlondo Steinauer’s team has a feeling about them that once they got that first win, they could start coming in bunches.

However, they face the long trip West with a short week and a kickoff that’ll be around 10 p.m. ET. Plus, they face the BC Lions, who are coming off another bye week and the last time they came off a bye week against an East opponent they beat up on Toronto 44-3.

I look at the Lions bye week coming at a good time. The suffered their first loss and were starting to get beat up with injuries.

But the biggest reason I’m picking the Lions is the guys up front. The BC offensive line has the team at No. 1 in rushing per game and No. 1 in giving up the fewest sacks so far this season. And Hamilton has had a hard time putting pressure on the quarterback so far this year. 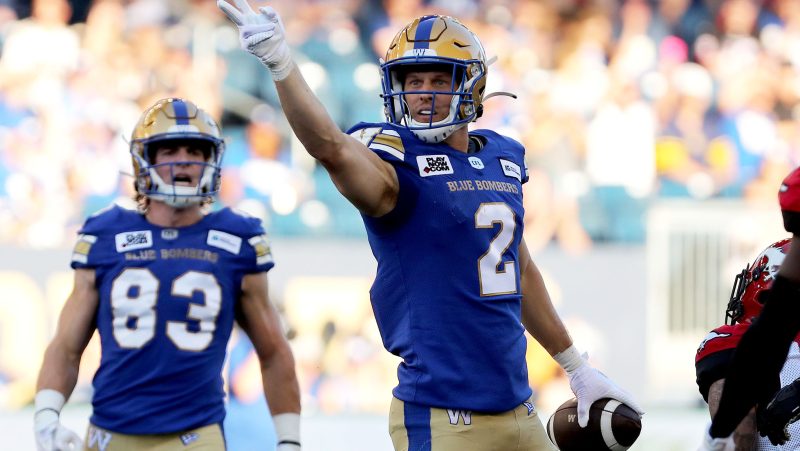 Can Greg Ellingson and the Bombers stay unbeaten this weekend against Edmonton? (Jason Halstead/CFL.ca)

Well, the Bombers did it again. They faced an undefeated team and showed the league that the Grey Cup is going through Winnipeg again this season. What is impressing me about the Bombers is their ability to have success on offence with new faces all over the place. No Kenny Lawler, Darvin Adams, Andrew Harris, or Nic Demski (injured) and that’s no problem for Zach Collaros.

Collaros and Greg Ellingson have rekindled their chemistry from Hamilton, as Ellingson is tops in the league. Dalton Schoen is making an early case for Most Outstanding Rookie. And then they get two touchdowns from Carlton Agudosi when times are tough on the depth chart.

We don’t even have to talk about their defence anymore, do we?

He’s already at 2-4. We all knew eventually Jones would find the players he likes and play his system well. Don’t think Edmonton is going to be a walk over each and every week. They’re going to be tougher to play against week after week.

I know they got beat up by Calgary two weeks ago, but I feel that will become an anomaly now for the Elks. Their problem will be the instability at quarterback. And that’s going to be a big problem against the Bombers defence. 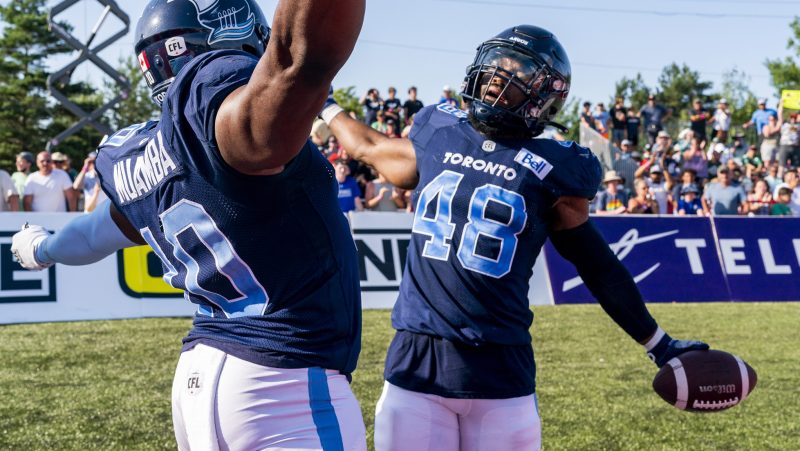 Wynton McManis was the hero last week for Toronto but what does he and the Argos defence have in store this week against the Riders? (Thomas Skrlj/CFL.ca)

Now, I’m going to be honest, I’m not fond of picking a winner this early in the week as there is a lot to watch for the Roughriders. Cody Fajardo’s health is story No. 1. His knee injury took a setback last week and he even questioned if he’d be good to play.

Then you throw in a COVID outbreak and we’re not sure how wide spread this is within the organization. Who is coaching? Who is practicing? Who will be missing come game time?

But with all that instability at distraction for the Roughriders, I’m feeling comfortable picking Toronto. Sometimes there is a week that is hard to control and keep focused. And now the Riders have had back-to-back weeks dealing with the off-field distraction.

If A.C. Leonard is able to fight through his shoulder injury, it’ll be a huge bonus to a pass rush that had their worst game last week.