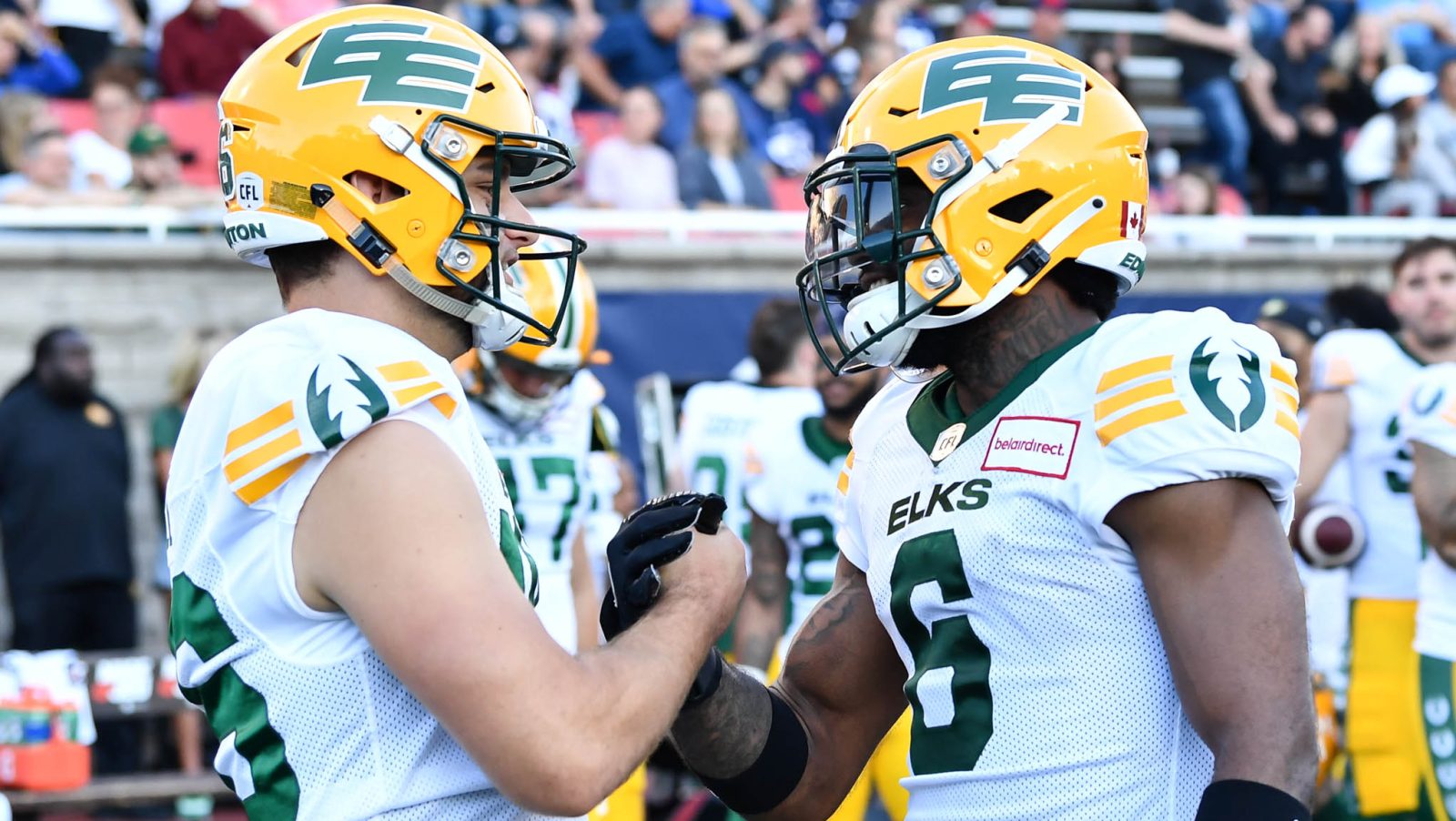 When the Winnipeg Blue Bombers sealed their win over the Calgary Stampeders with Demario Houston’s end zone interception, the reigning champs solidified their spot at the top of these rankings once again. Calgary is in this group’s minds at least, the next best team in the league at the moment and BC, thanks to its second bye week of the season, holds onto that third spot.

It’s between spots four through nine where things get interesting. What do we make of these six teams, as we roll through the first third of the regular season?

The Toronto Argonauts and Saskatchewan Roughriders gave us possibly the most fiery game of the year to date, battling themselves as much as each other at points before Wynton McManis snatched a win away from Cody Fajardo and the Riders.

The Edmonton Elks aren’t winning a lot but they’re showing that you can’t count them out, no matter the names on the injured list. The Hamilton Tiger-Cats finally got a win and while both the Ottawa REDBLACKS and Montreal Alouettes have losing records, they both seem capable of much more than where they are right now.

The top tier of the league seems hard to rattle at the moment, but there’s a lot of room for movement when you look past them. It made Week 6 wildly entertaining and Week 7 is shaping up to be no different, especially with the Argos and Riders set to meet again on Saturday in Saskatchewan.

Another week, another dramatic win that comes with a smile, nod and maybe a wink from the football gods. That’s not a slight against the Bombers and their 6-0 record. Good teams have good luck and we all know that this team is plenty good. The Bombers have run a difficult gauntlet these past two weeks, handing BC and now Calgary their first losses of the season. Their place atop these rankings is, in our minds, undisputed. As BlueBombers.com’s Ed Tait noted in his game recap last week, the Bombers are 6-0 for the first time since 1960 when that team went 10-0 to open its season.

After a heartbreaking loss for the Stamps, we get to see how they respond to some adversity. The great teams look back at games like their 26-19 loss and try to build on it. Our bet is that John Hufnagel and Dave Dickenson have a separate folder for their first go at the Bombers this season and they’ll go back to it before they face them again in Week 8 at McMahon Stadium. An early regular season win would have been nice, but the Stamps are no doubt thinking long term with this matchup and that they’ll have to cross paths with the Bombers at some point in November to get where they want to go this season.

The Lions come out of their second bye week of the season with a chance to get back in the win column against the Ticats. While Hamilton eked out its first win of the season, they won’t be an opponent to be taken lightly. Despite the record, Mark Washington’s defence is a good one and the tape is piling up on Nathan Rourke, who enters an interesting stretch of his season where teams should be able to start tapping into his tendencies. Let’s see how this team responds to its first loss of the season.

There are rough edges around this Argonauts team, which players and coach Ryan Dinwiddie acknowledged after their win over the Roughriders in Wolfville, N.S. The Argos fought (against the Riders, against themselves, Henoc Muamba said) their way through a wild game and picked up a win to plant themselves in first place in the East Division. If they can smooth out those rough edges, the East could be theirs for the taking.

A quick recap on what’s swirling around the Riders right now: Two consecutive weeks of in-game controversy involving two of their players; Cody Fajardo’s ailing left knee; a Touchdown Atlantic game that was all but won, then lost on a pick-six. This week’s Riders-Argos rematch in Regina is, despite the smouldering rubble on the surface, a great opportunity for the Riders to rein in their discipline issues, play a complete game and even the score (on the scoreboard only) with a team that they let get the best of them this past week.

How about those Elks? For the second time this season, we’ll credit the resilience of Chris Jones’ team, which avenged an ugly blowout loss to Calgary with a furious finish in Montreal to upend the Alouettes for their second win of the season. Edmonton is walking a very fine line with Taylor Cornelius at quarterback. We’ll venture a guess that Jones will be using the word ‘consistency’ this week to the point that it won’t even sound like a word anymore to his players. Six games in, we can say this about Jones’ team: The lows are low but the highs with this group are high. A win at home against Winnipeg this week feels like the tallest of orders, but if the Elks pulled it off they might have fans taking the party to Whyte Ave. like it was an Oilers’ playoff victory.

We said earlier that the Ticats eked out that win over the REDBLACKS. We may need an upgrade on that adjective. Pried? Miraculously manufactured? No matter how you cross the finish line, the point is getting there and for the first time this season, here the Ticats are. Is this one win — which officially gets Hamilton in the race this season, thanks to four collective slow starts in the East — enough to get Dane Evans back to his 2021 and 2019 self? It’s what the Ticats will need to take the next steps in this race.

Khari Jones’ old problem is now Danny Maciocia’s, as the Als’ GM and new head coach has to venture down a road that many football coaches before him have attempted. How do you get your penalty-riddled team to clean up its act as soon as possible? If there’s a switch to flick, Maciocia will be working relentlessly to find it. The Edmonton game, given their quarterbacking situation, felt very winnable. On paper, this week’s game against Ottawa does too. Back-to-back losses to East and West cellar dwellers would likely land them in the cellar at least in these rankings next week.

If the REDBLACKS had folded without Jeremiah Masoli and taken a loss reminiscent of their 2021 selves, how many people would have been shocked? Their performance against the Ticats was a gutsy one that was there for the taking, or 54-yard field goal making (the second tall order in these rankings). Nick Arbuckle is in the wings, no doubt trying to learn Paul LaPolice’s offence in fast-forward. With the rest of the division finally starting to get wins, the REDBLACKS will need Arbuckle to be sharp quickly to start to make up ground.