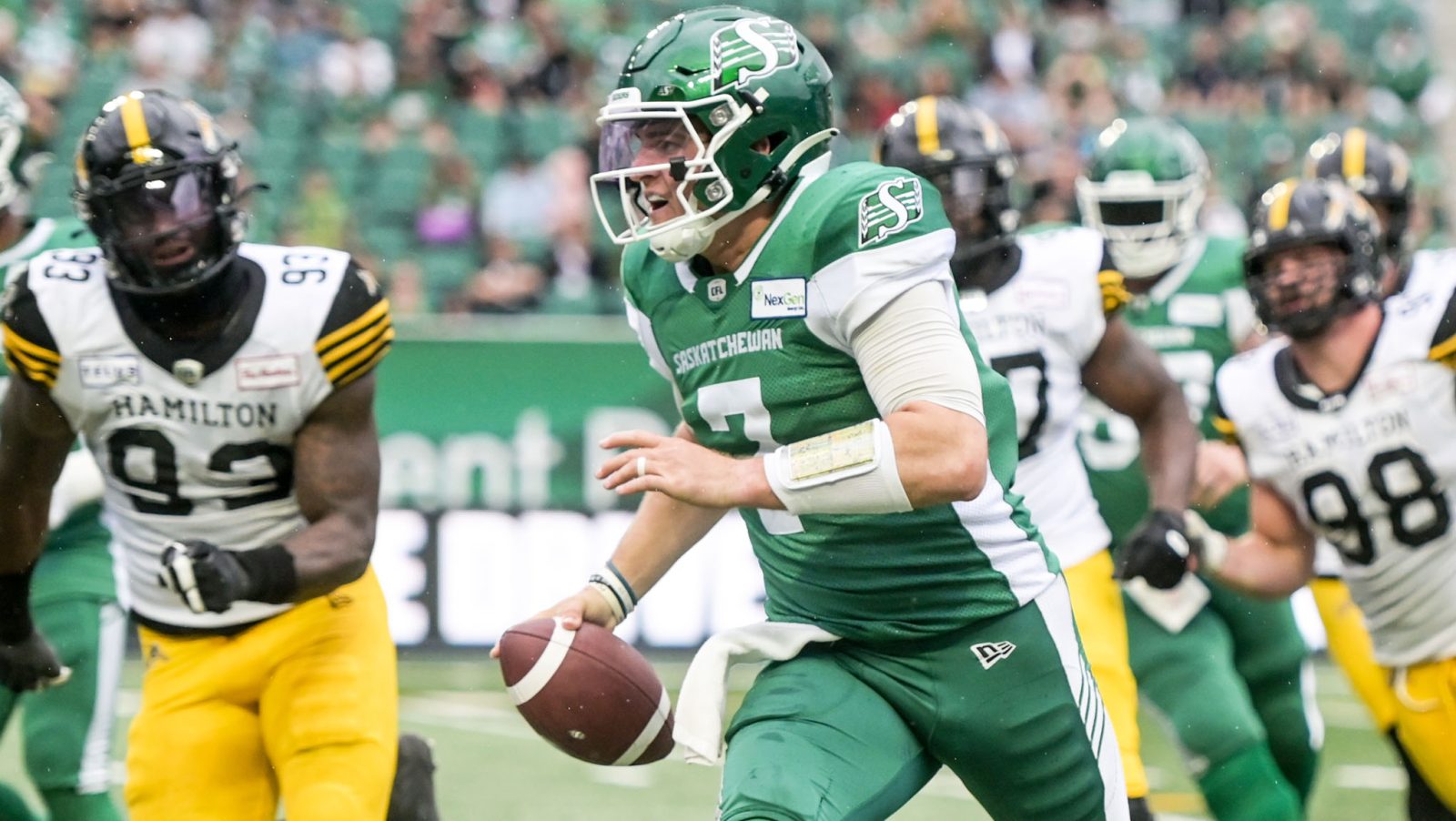 TORONTO — Through tumultuous seasons, Dane Evans and Cody Fajardo will meet on Friday in survival mode.

It’s been far from smooth sailing for both the Hamilton Tiger-Cats (4-10) and the Saskatchewan Roughriders (6-9) this year. Both clubs opened training camp with Grey Cup aspirations and both are now battling for the third and final playoff spot in the East Division.

A game is always more than just the quarterbacks but at the same time, the game comes down to the most important position on the field. Evans (No. 6 in our rankings this week) and Fajardo (No. 5) head into Friday’s meeting with a sizeable amount of pressure on them.

In Saskatchewan, the hope from the rabid, country-sprawling fan base has been that their team plays in the Grey Cup at Mosaic Stadium on Nov. 20. When they jumped out to a 4-1 start that seemed like a distinct possibility. Now, the Riders’ only path to that game is to qualify as a crossover team, making its way through a yet-to-be-determined-order of the Montreal Alouettes and the Toronto Argonauts (the Riders’ crossover spot would knock the Ticats out of the playoffs). Even if they get that crossover, they’ll know that no crossover team has ever made it out of the Eastern Final.

Even if they were to make it through the East and back to Mosaic for the Grey Cup game, the Riders would have the distinct unpleasantness of losing their locker room, as the West representative will get the home team designation in the game.

Logistical challenges aside, there’s the individual pressure that Fajardo has dealt with this season. Playing on an expiring contract, he knows — and has welcomed — the expectations that come with being a Riders’ starting QB in a season like this one.

“Guys are fighting for jobs — myself included — being in a contract year,” Fajardo told the Regina Leader-Post last week. “That’s not to be overstated. I’m out here trying to win football games to put us in the best situation to make the playoffs, but also to provide for my family for hopefully a couple more years after this. But you never know.

“There’s a lot of uncertainty with football. I’m going to lay everything on the line for these next four games and hopefully we can clinch ourselves a playoff spot.”

Evans, meanwhile, has had the comfort of being in the first year of a new deal, being named the Ticat’s No. 1 pivot in the off-season.

While he’d shown very well when he’d stepped in for Jeremiah Masoli in 2021 and in 2019 — where he was a key contributor to their Grey Cup appearances — his first year with the keys to the offence hasn’t had the same consistency and magic.

Evans was plagued by turnovers early in the season, throwing two interceptions in each of his first four games and fumbling the ball away at key moments. The Ticats’ record suffered along with he and his teammates’ inability to hang onto the ball. The early-to-mid-season struggles of the Alouettes and Ottawa REDBLACKS helped keep the Ticats in the mix in the East.

After a three-interception showing against the Argos in Week 12 where he was dealing with a shoulder injury, he got a week off and returned looking like his old, TD-throwing, confident, calculated self. He threw a career-best five touchdown passes in a stunning Week 15 win over Winnipeg, part of a 25-32 passing day, with 327 yards and perhaps most encouraging, zero interceptions.

Since that Argos game, Evans has now gone two games without a pick thrown. He and the Ticats’ offence were stymied by the Als’ defence in their Week 16 loss, but he should be in a good headspace as he takes the field this week to face Fajardo and the Riders.

You never know what’s ahead of a team when they’re into the early days of their training camp (see the Ottawa REDBLACKS). Evans and Fajardo certainly didn’t envision their Week 18 meeting carrying so much meaning for what is ultimately an undesirable playoff spot. Friday night will very likely have a playoff atmosphere. For one of these teams, it’s as close as they’ll get to one in 2022.