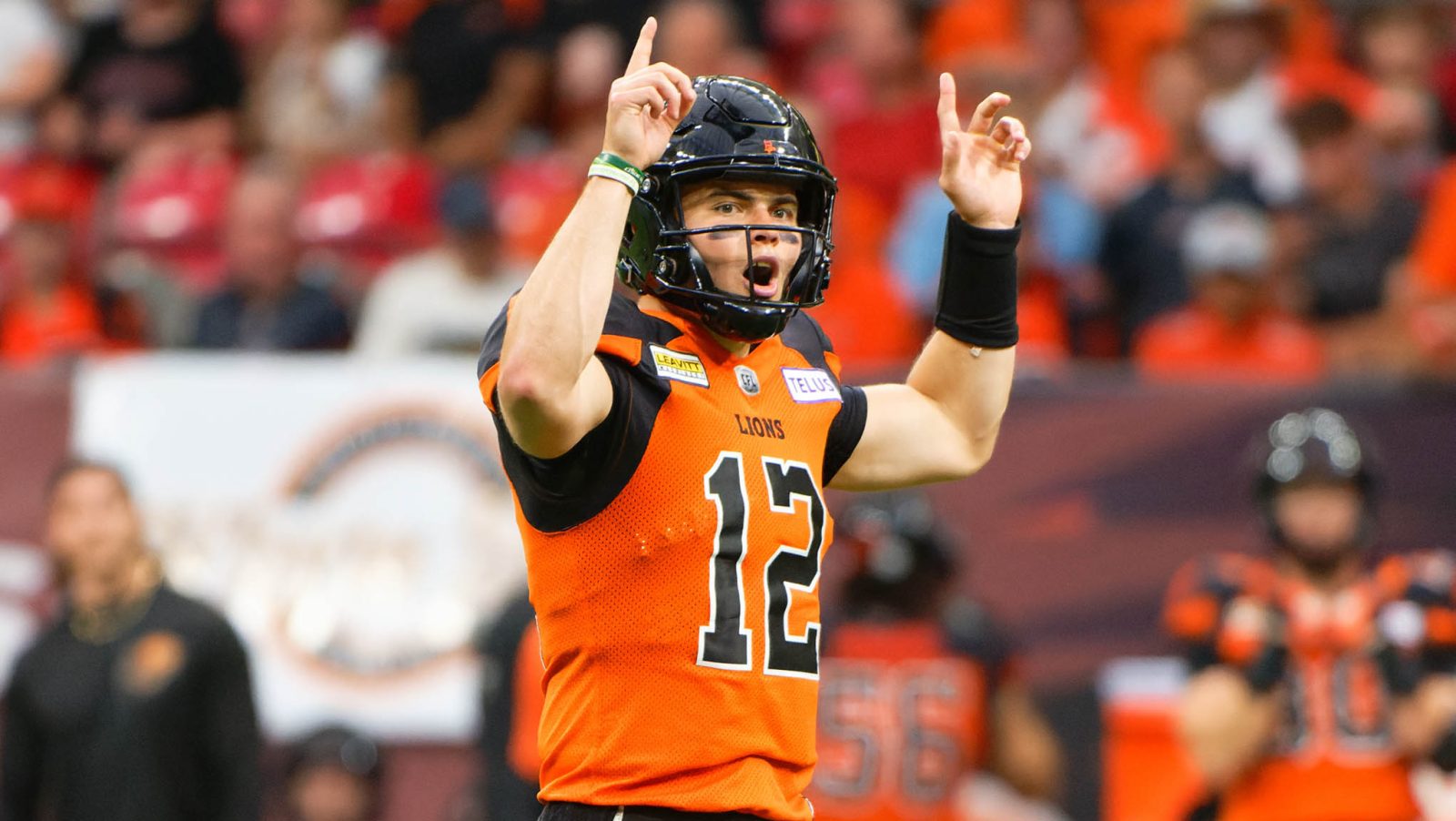 It might just be a cameo appearance, but quarterback Nathan Rourke is looking at his return to the lineup this week against the Winnipeg Blue Bombers as a dress rehearsal for the playoffs.

Rourke, who has been out since August with a foot injury, is expected to start and play a quarter Friday night when the BC Lions (12-5) travel to Winnipeg to play the Bombers (14-3).

The game means nothing in the standings for either team, but for Rourke it will be a chance to work off some rust and get back in the groove ahead of the Lions’ date with the Calgary Stampeders in the Western Semi-Final Nov. 6 at BC Place.

“I’m excited to get back,” said Rourke. “I’m just happy to be able to have a chance to play. This week is a bonus.

“Throughout the process we were pretty sure (he’d play) the playoff game. Anything else is pretty cool.” 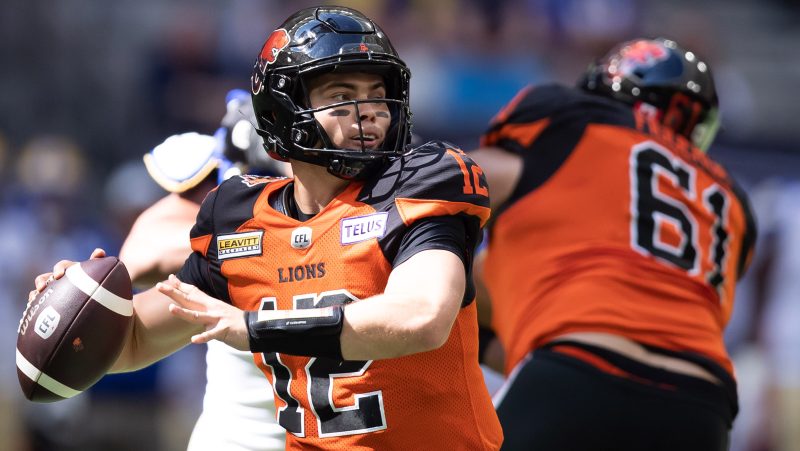 “He’s picked up where he left off,” said Whitehead, who also will return to the lineup after missing three games with an ankle injury. “He’s got the same arm strength, he’s smart with his decision making.

“I think he’s going to be very comfortable.”

Rick Campbell, BC’s head coach and co-general manager, said it is important for Rourke to get some playing time before leading the Lions into their first home playoff game since 2016.

“I think he’s going to feel better getting back out there and getting some live action,” said Campbell. “That’s all part of the path back to playing.

“We’ll get him in there, get him some work and then go from there.”

Receiver Bryan Burnham won’t play Friday but is back practising with the team after suffering a broken wrist in a Sept. 24 loss to Calgary.

“He adds so much to this team,” said Burnham. “Nathan is a special player. You don’t see guys like him come around too often. You saw what he did in the nine games he played this season. That’s what he adds.”

Rourke was lighting up the league before needing surgery to repair a Lisfranc sprain in his right foot suffered in the fourth quarter of the Lions’ 28-10 road win over the Saskatchewan Roughriders Aug. 19.

At the time of his injury the 24-year-old Victoria, BC native, in his second full CFL season, led the league with 313 passing attempts, 248 completions and 3,281 yards. His eye-popping 79.7 per cent completion ratio remains the best in the CFL while his 25 touchdown passes are second only to the 35 thrown by Winnipeg’s Zach Collaros.

Rourke had broken the record for most passing yards in a game by a Canadian multiple times, setting the present mark of 488 yards Aug. 13 in an 41-40 win over the Calgary Stampeders.

He also rushed for 304 yards and seven TDs on 39 carries.

Rourke was named the CFL’s top performer five times this year and, despite missing half the season, is the Lions’ nominee as the league’s Most Outstanding Player and Most Outstanding Canadian.

After staring the year 8-1 BC went 4-4 without Rourke. Vernon Adams Jr., obtained in a trade with Montreal after Rourke’s injury, has handled the bulk of the quarterback duties, along with Antonio Pipkin, a May free-agent signing, and fellow Canadian Michael O’Connor.

Rourke admitted spending the first couple weeks of his recovery stuck on the coach was frustrating. He eventually was allowed to start swimming to stay in shape.

“I was just trying to take it day-by-day, not worrying too much about the bigger picture,” he said. “That’s kind of how I’ve taken this entire season, not looking too far in the future, just trying to figure out how I am feeling today and if I can do stuff today.”

Rourke has been encouraged by his performance in practice.

“My timing was good,” he said. “I feel like I’m not there yet with the physical aspect of it, throwing and stuff.

The playoff picture has been set heading into the final week of the regular season.

The Bombers have first place in the West locked up and will host the Nov. 13 final against either BC or Calgary.

The Lions defeated the Bombers 40-32 two weeks ago in a game where Winnipeg rested several veterans, including Collaros.

A couple of the Lions head into the final game chasing individual titles.

Campbell said he’s excited his players are in the hunt but cautioned them not to lose sight of the big goal.

“I always found it never works out if you’re pushing for those stats,” he said. “You can only let the game come to you. It will be on our mind. You kind of got to let the game happen.”

Butler said no one is expecting an easy game.

“We’re still going to be playing a really good Winnipeg team,” he said. “They’re going to fight. I don’t think anyone is going to be out there thinking this game doesn’t matter.

“We’re still going to have to go out there, protect ourselves, and play well.”