The 2022 CFL regular season is officially in the review and the playoffs are on the horizon with the Montreal Alouettes set to host the Hamilton Tiger-Cats for the Eastern Semi-Final from Percival Molson Memorial Stadium this Sunday.

Each team has their own unique style, tendencies and identity and each have the playmakers required to advanced to the Eastern Final, but who has the edge? Let’s dive in. 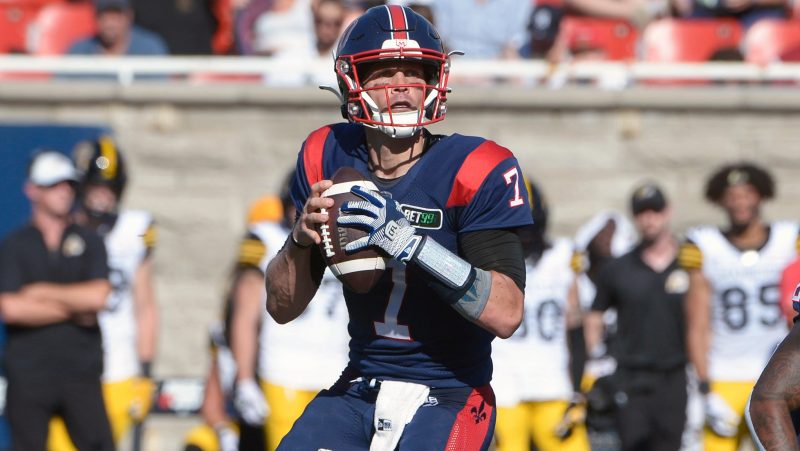 For most other positional groups I like to dive in on some statistics and make sure I’m giving an honest appraisal of the matchup. When it comes to quarterbacks, I’m 10,000 snaps into tracking their every move so shooting from the hip with an opinion feels acceptable.

Shooting from the hip, making it up on the fly, figuring it out as it happens, all things that are the antithesis of Alouettes quarterback Trevor Harris. It’s not that Harris can’t ad lib, he showed that just a few weeks ago in Ottawa with a handful of elusive scrambles after shimmying around the pocket, but his game is predicated on precision, patience and accuracy which is why I give the early advantage here to Montreal’s leading man.

On the other side Dane Evans is as good as any quarterback in this league (Nathan Rourke and Zach Collaros included) when he is on. But what does it mean for Evans to be on? Watch back the Tiger-Cats win over Winnipeg this year when he threw for a career-high five touchdown passes while completing 25 of his 32 passing attempts for 327 yards. Downfield aggression on first down, smart decision making and avoiding the big mistake could all be part of Hamilton’s path back to the Eastern Final.

Come to think of it, all of those characteristics sound a lot like Evans’ 2019 Eastern Final victory over Harris who was quarterbacking the Edmonton Elks at the time. Makes you think. 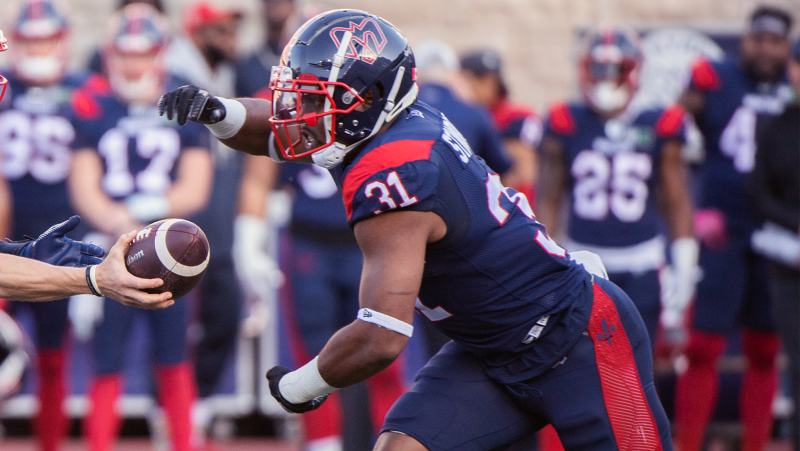 I believe the running back question on both sides is the most interesting challenge to analyze heading into the Eastern Semi-Final.

For Montreal it’s a three headed monster of Canadian Jeshrun Antwi, explosive addition Walter Fletcher and some guy named William Stanback, who has been at or near the CFL standard for excellence when on the field.

As Montreal transitioned from being a high fullback usage team this season, offensive coordinator Anthony Calvillo has employed more two-back sets with any mixture of the Antwi-Fletcher-Stanback trio. If Stanback has a vintage performance the lean here is easily Montreal, even without a one man show the three Montreal backs could be the deal breaker.

In Hamilton, Wes Hills has been attempting to do his best Stanback impersonation as a power runner, while Don Jackson remains one of the CFL’s more dangerous play-to-play threats and Sean Thomas-Erlington continues to play the long held role of under appreciated and under utilized Canadian back.

Hamilton’s disinterest in running the rock consistently and Montreal’s three man flexibility is the difference for me here. 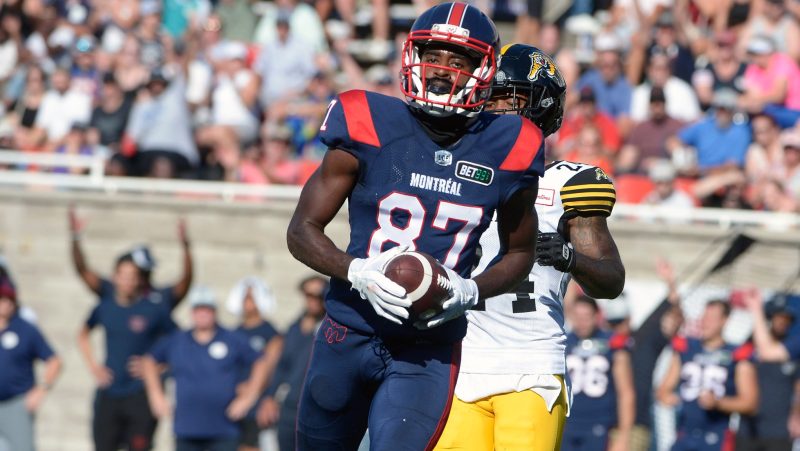 Eugene Lewis is a monster, he could get 15 targets in this game and it still might not feel like enough. The more he gets the ball, the better off Montreal is. The problem is, Hamilton defensive coordinator Mark Washington knows that and will have a plan. Meaning that Jake Wieneke needs to step up, especially in the score zone while Kaion Julien-Grant looms as the x-factor in combination with standout rookie Tyson Philpot.

Hamilton’s Most Outstanding Player nominee is receiver Tim White who has 17 catches for 250 yards in his two most recent matchups against Montreal. If he can play the role of, ‘Hamilton’s Geno’ and Hamilton gets a couple big plays from Steven Dunbar Jr. the Black and Gold supporting cast could be enough to topple the league’s best receiver in 2022, but I don’t see it. 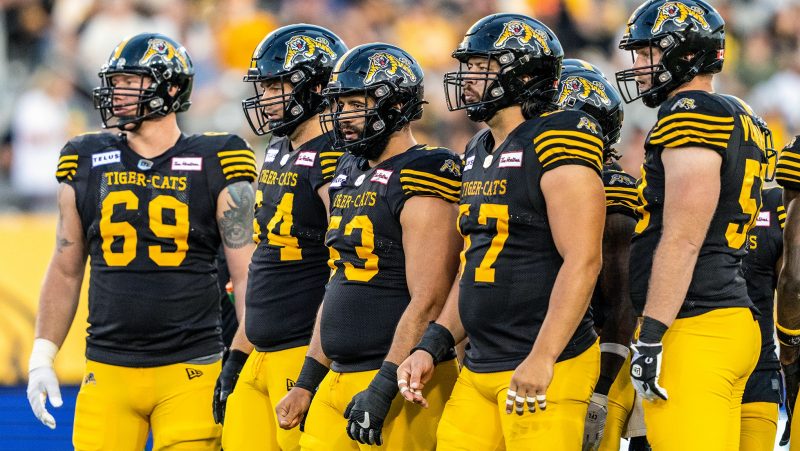 The loss of Sean Jamieson at centre stings for an Alouettes crew that was gelling nicely, but having David Brown is quality depth and adding Pier-Olivier Lestage after an NFL opportunity has been big. Kristian Matte continues to hold down the fort and former Ticats tackle Landon Rice was named Montreal’s outstanding lineman.

In Hamilton, Brandon Revenberg is still the anchor, but he’s been surrounded by a plethora of acquired pieces this season from Colin Kelly to Kyle Saxelid and David Beard.

This is closer than most will realize based on Hamilton giving up substantially fewer sacks, but I think the Alouettes front is in tough against Ticats defensive lineman Micah Johnson and crew. 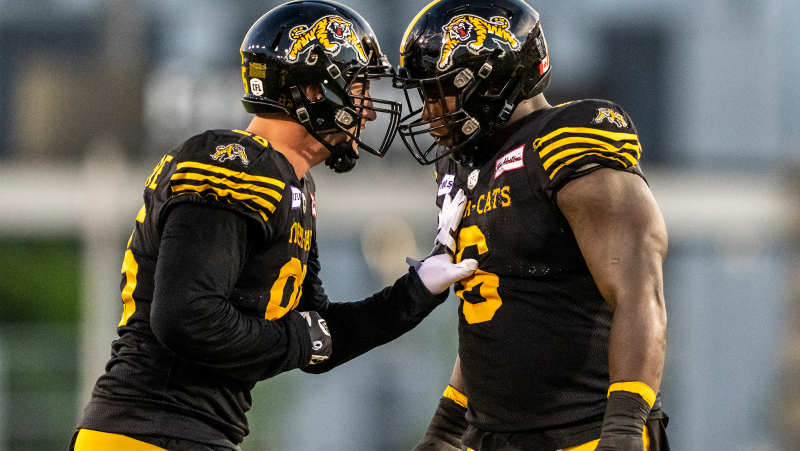 The difference in sacks-made between the two teams is minimal, but with Hamilton leading the CFL in rushing yards against per game (83.5), and knowing that Montreal needs to find their ground game, which they couldn’t last year in the same game against Hamilton. A motivated Micah Johnson waiting on the other side gives Hamilton the advantage.

The great equalizer in all of this is whether or not Montreal defensive end Jamal Adams can completely control the game as he did in Week 19 against Ottawa. 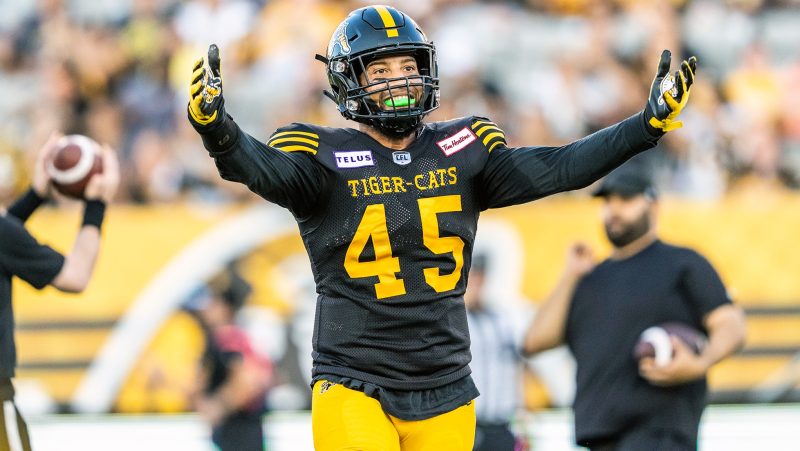 Earlier this season I asked Ticats head coach Orlondo Steinauer which players have been flying below the radar for his club. As he shook his head the name that came out with force was Jovan Santos-Knox.

The Ticats leading tackler, who boasted 113 total tackles heading into the final week of the regular season, is not only a great player, he also knows what it takes to get a road playoff win in Montreal as he did with Edmonton in 2019.

Adarius Pickett and Micah Awe, alongside Tyrice Beverette have played well with Pickett being the headliner, but Simoni Lawrence and Kameron Kelly and more than enough to buoy Santos-Knox’s excellent play in the middle. 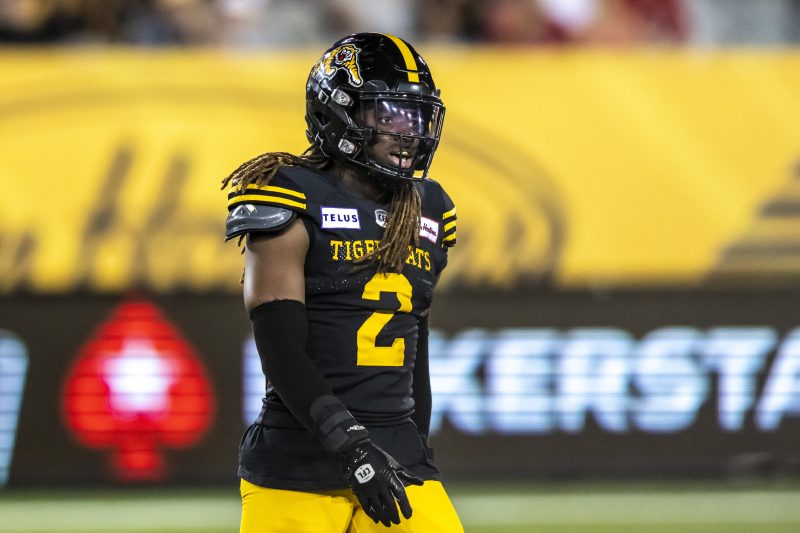 Marc-Antoine Dequoy has come as advertised from his draft year as a long, lean playmaking machine who is constantly around the football, but I like the totality of Hamilton’s unit.

Led by Jumal Rolle at boundary corner paired with the physicality of Cariel Brooks who is always involved in the run game, mixed with safety Tunde Adeleke always lurking near the box, while Richard Leonard and Ciante Evans handle their business on the wide side. 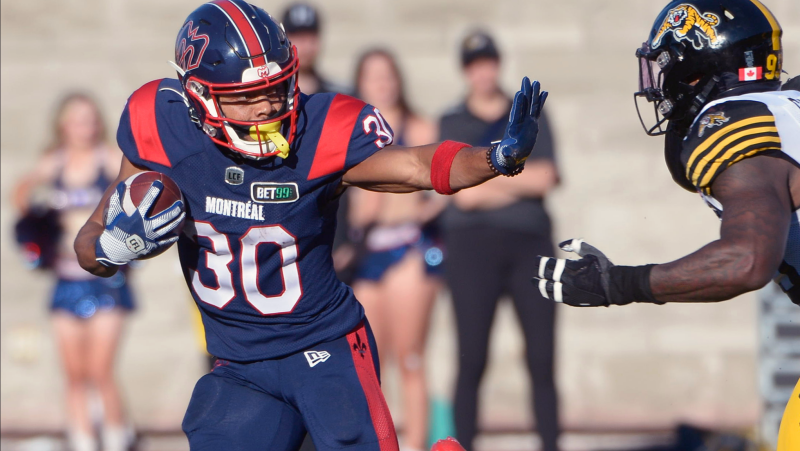 I love Lawrence Woods’ quick decision making in the hole on punt returns, but Chandler Worthy is the difference maker in this matchup for me.

That’s due to Worthy’s ability to take any kickoff, missed field goal or punt to the house. At the very least he has the ability to make an explosive play creating a short field for Harris and the offence, which could be killer for Hamilton. 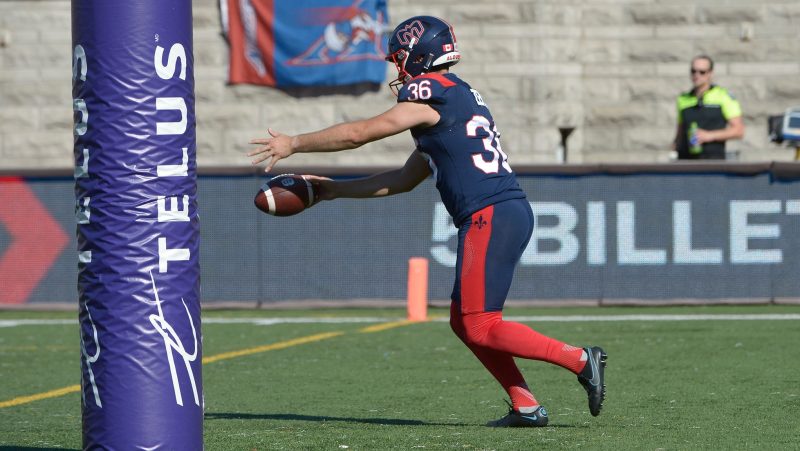 Hamilton kicker Seth Small is second only to BC’s Sean Whyte in field goal percentage (90 per cent) and has a CFL-long make of 58-yards in what has been a tremendous rookie season.

However, the difference here should be Montreal punter Joseph Zema who has lingered near or atop the CFL net punting ranks all year long. Hamilton’s punting game has been an uphill battle since the preseason when these two clubs met.