QB Index: The perks of a strong QB room 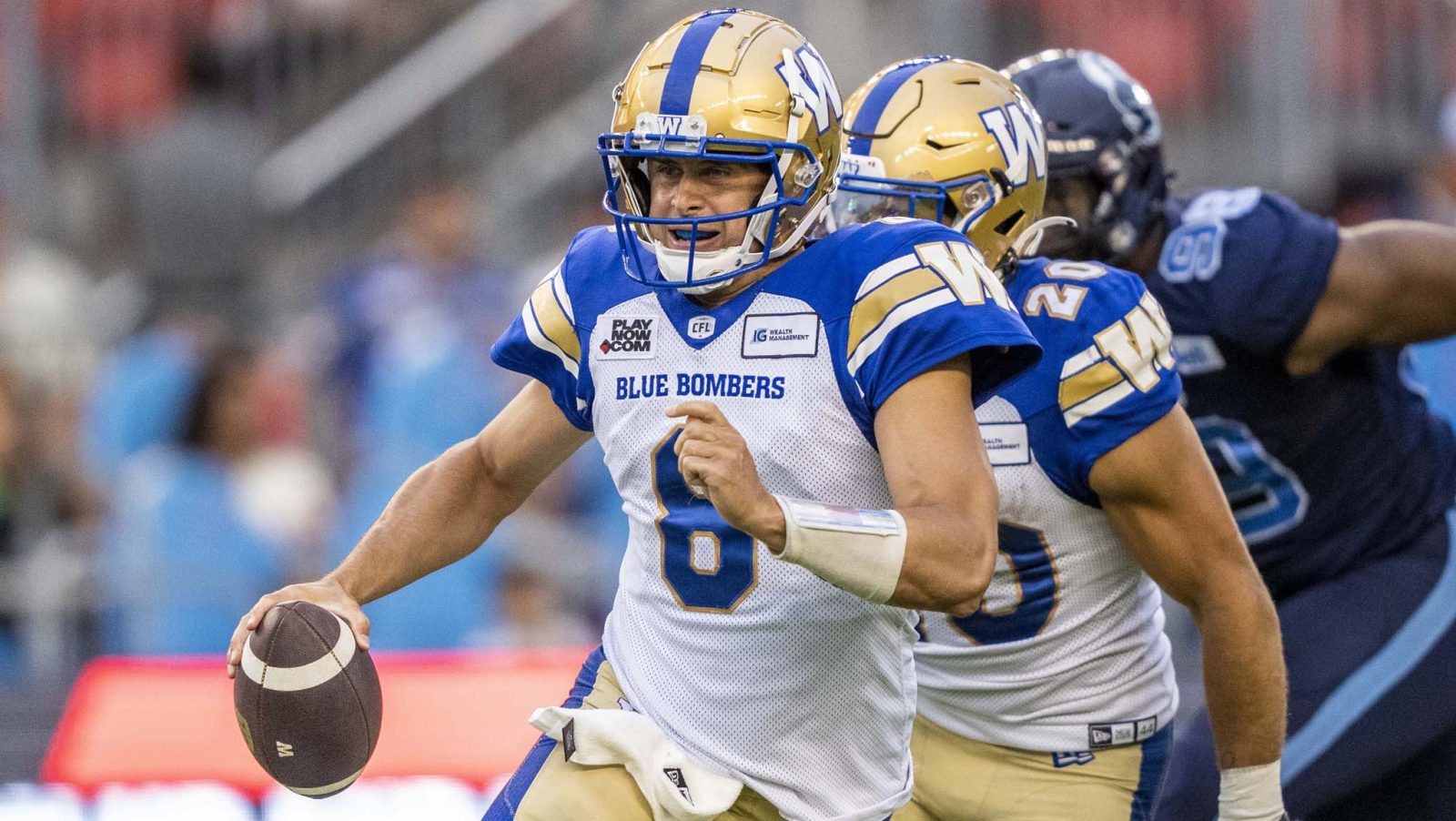 QB Index: The perks of a strong QB room

VANCOUVER — It’s the little things that make the difference in a great team’s season.

As the BC Lions and the Winnipeg Blue Bombers get set to meet in the Western Final on Sunday, they do so with a complete contribution from their respective quarterback rooms.

Sure, neither team is here without their stars. The Bombers aren’t the two-time defending champs without Zach Collaros, who has been a seamless fit in Blue and Gold from the second the wheels of his flight first touched the ground at Winnipeg’s airport. The Lions are in a similar spot, having doubled down on their in-house talent in the wake of Michael Reilly’s retirement last winter. They were rewarded in full with a 24-year-old starter in Nathan Rourke that took the league by storm in 2022.

The Lions’ quarterback depth has been tested more this season than the Bombers, so let’s start there. When Rourke went down with his Lisfranc sprain in Week 11, the team quickly went through its quarterback offerings, turning to Canadian Michael O’Connor, who was injured in Week 12, then third-stringer Antonio Pipkin. The losses began to mount and co-general managers Neil McEvoy and Rick Campbell made a move that helped get the team on track and keep its hold on second place in the West Division in trading for Vernon Adams Jr.

Adams took on the tough task of joining a team mid-season and managed to keep them above water, going 4-2 as a starter while helping the Lions lock up homefield in last week’s Western Semi-Final. We’ve already looked at the strength the Lions have at that QB spot as they take their shot at a Grey Cup appearance this week, so we’ll quickly say here that the Rourke-Adams tandem is a powerful one, but Pipkin’s role in that group shouldn’t be overlooked either.

True, he struggled when the keys to the offence fell into his hands in the wake of Rourke’s injury, but he has been exceptional on third downs this season. His short-yardage trick play in the Western Semi-Final led to a 45-yard Keon Hatcher touchdown and was a key play in the Lions’ first playoff win since 2016. When Rourke was injured, many wondered if the Lions’ season went down with him. A room with some moving parts in it made sure that didn’t happen.

It wasn’t as dramatic a journey in Winnipeg this season. Through 17 games, Collaros put up another MOP-worthy season, breaking the 4,000-yard passing mark for the first time in his career (4,183 yards), while adding a career-best 37 touchdowns thrown, to 13 interceptions.

We saw Collaros’ backups thrive in key moments this season, though. Dru Brown stepped in to help close out the Bombers’ season-opening win over Ottawa, after Collaros was removed from the game by the injury spotter. Brown marched the team down the field to get Marc Liegghio in position for his game-winning field goal. In that same Week 1 game, Dakota Prukop took a bobbled snap on a field goal attempt and scrambled out of the chaos to get the Bombers a first down.

Similar to Pipkin in BC, Prukop has demonstrated his value to the team in short yardage situations through this year. Playing in the city where former backup Chris Streveler is still revered, Prukop adds a similar dynamic to the Bombers’ offence. He’s quick on his feet and ideal for a random run play and powerful enough to get the offence the inches or yard or two it might need to keep drives going.

All eyes will rightfully be on Collaros and Rourke on Sunday in Winnipeg. This head-to-head could be the first of many that determine the West Division champion. Don’t be surprised, though, if the guys that share the QB room with them have an impact on the game and the punching of that ticket to the 109th Grey Cup.