O’Leary: A gift for each CFL team 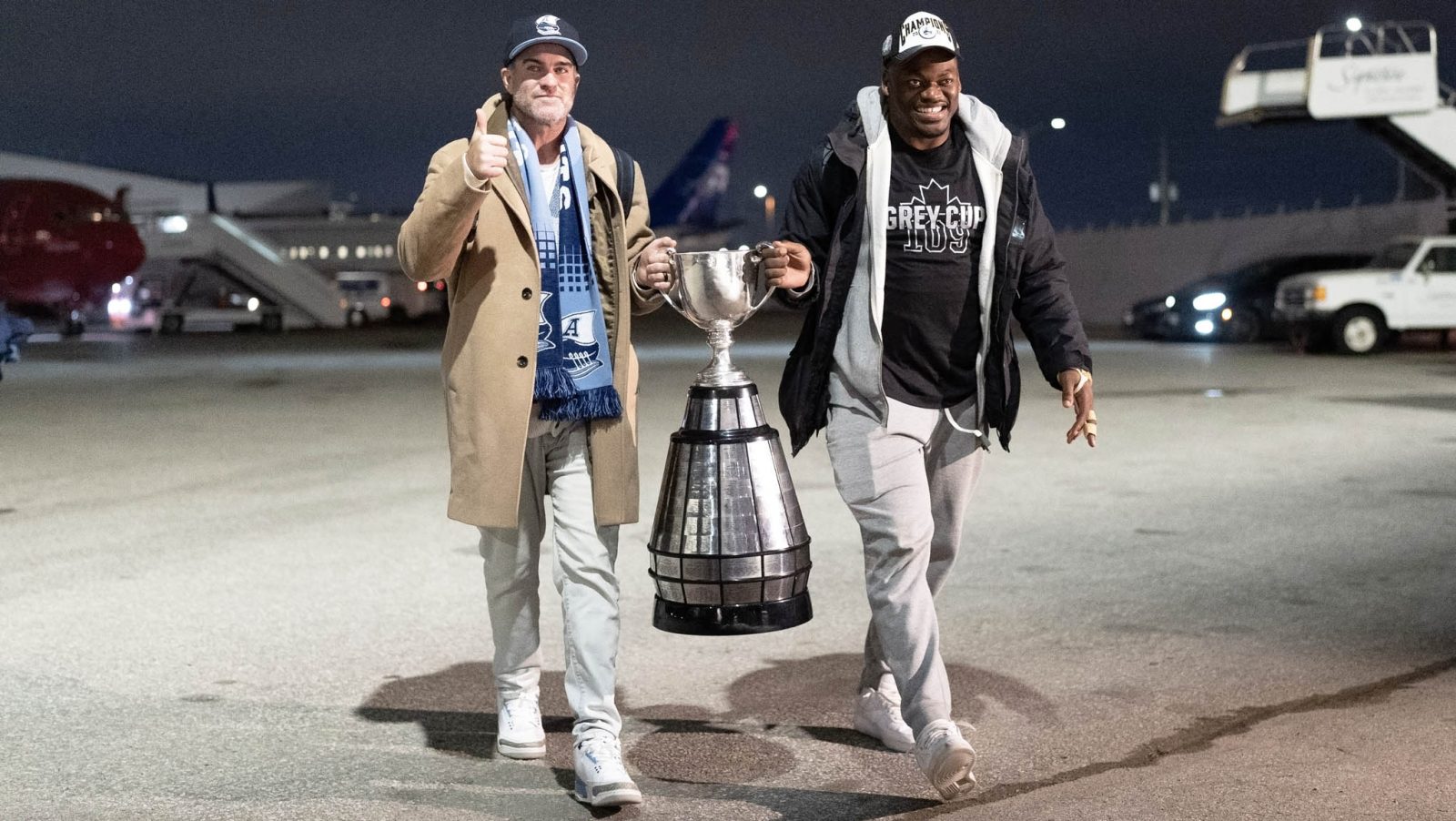 O’Leary: A gift for each CFL team

However you celebrate them, the holidays are a time that are about traditions. As we head into a holiday-themed piece that’s becoming something of a tradition around here, I’ll re-share a festive CFL Hollywood connection that I think is worth repeating every year.

At some point in the next few days, you’ll likely find that Miracle on 34th Street is on TV in your home. Perhaps your family is more of the old-school Christmas Carol type. If your eyes meet either of these classic movies this week, know that there is a CFL link there for you.

Lockhart, born in London, Ont., was also a member of the Toronto Argonauts in the early years of World War I, before the Grey Cup games were cancelled from 1916-1919. He later made the move to Hollywood and built an impressive film career alongside his wife, Kathleen.

While you make your way through this list of wishes for every team in the league, maybe think of Lockhart having some sort of involvement in them. He wasn’t the central figure in these classic movies, but he was an integral part of them.

BC Lions: Nathan Rourke in a Lions’ uniform for Week 1 in Calgary

An easy one. Rourke took the league by storm in the first half of this season, pulling the spotlight away from a Winnipeg team that was chasing what would have been a historic three-peat. A young Canadian quarterback, Rourke is in position to be a history-making figure in the CFL, if the Lions can get his name onto a long-term contract this off-season. If he’s on the Lions’ roster in 2023, they’re Grey Cup contenders and CFL fans are in for a treat from a player that proved to be electric in 2022.

Sub-wish: Keeping in tune with their 2022 meetings, I’d love to see another Lions-Stamps classic to get the season going.

Jake Maier had a transformational season in Calgary, unseating Bo Levi Mitchell as the team’s starter and securing his spot as the team’s starting quarterback going forward. The 25-year-old hit his first bump in the road as a starter in the playoffs, when the Stamps met the BC Lions in the Western Semi-Final. Maier made 12-22 passes for 138 yards and was unable to provide the spark that he had given the offence through the regular season. We’d love to see Maier take that loss into the winter months, using it as fuel to stoke his fire for 2023.

Even through the summer months, it’s been tough sledding in Edmonton the last two seasons. The Elks are winless at Commonwealth Stadium since Oct. 12, 2019, when they topped the BC Lions 19-6. As part of their 2023 promotion, the organization has wisely leaned into this drought, with their Guaranteed Win Ticket, that promises fans that buy the limited tickets their seat until they see a win in them. For all parties concerned, it’d be wonderful if that win came in their home opener on June 11 against the visiting Saskatchewan Roughriders. The Elks showed a lot of promise in the final weeks of the 2022 season. If they can continue to grow on that, they’ll be in a good position to bring this streak to an end and begin to assert themselves in the West Division. 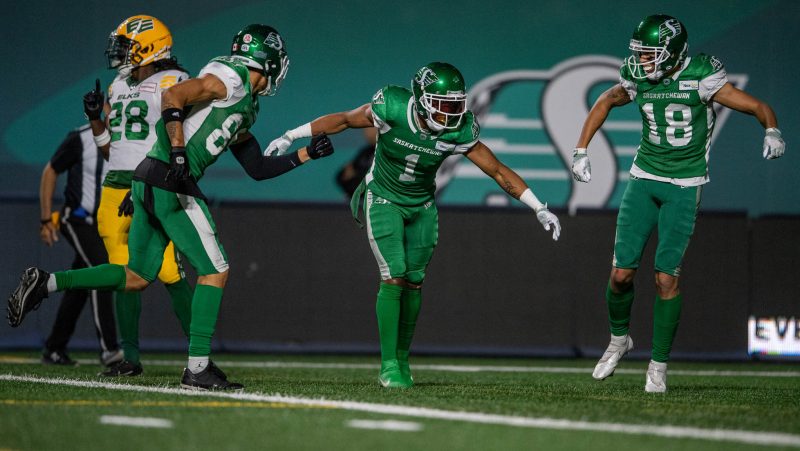 The Roughriders are in need of a bounce back in 2023, after losing their way in what started out as a promising season (Riderville.com)

In the words of the great Kevin Harlan, the Riders went up high (out to a 4-1 start) and down hard (ended on a seven-game losing streak) in 2022, leaving them on the outside of their own stadium looking in on the 109th Grey Cup, and the playoffs as a whole for that matter. Their holiday fix is obvious: a nice rebound. Let’s start with improved offensive line play. The 77 sacks the Riders allowed was the league-worst by an uncomfortable margin. If that tightens up and even got to middle of the pack totals (somewhere in the range of 40), their other issue, quarterback play, would likely substantially improve with it.

Who that quarterback is in 2023 remains to be seen. Cody Fajardo watched his team’s final two games from the sidelines, which would seem to send a clear message on how the organization felt about him in that spot going forward.

Still, improved o-line play and some quarterback productivity would spur the turnaround that Rider fans are yearning for after a disappointing 2022 season.

What is this mishmash of ingredients, you wonder? A quick Google search tells me it’s the most efficient way of removing a bitter taste from your mouth.

It may be still be difficult for the Bombers and their fans to process but there was an abundance of success in the 2022 season for them; they just fell short in the final game of the year.

Three-peat talk enveloped the Bombers like a fog this past year. Full credit to coach Mike O’Shea and the vets on his team for not letting them get consumed in it. The fact that a team hadn’t even gone back-to-back since Montreal in 2009 and 2010 speaks volumes on just how hard it is to win consistently in the CFL. The Calgary Stampeders — John Hufnagel’s and Wally Buono’s — will tell you that much too. The on-field improvements and tweaks with this team are minimal and I expect them to be every bit the force they’ve been the past three seasons when we get back on the field in 2023.

Hamilton Tiger-Cats: An end to the drought

It’s easy to forget just how close the Ticats were to their own storybook ending in 2021. At home, Jeremiah Masoli looking to Jaelon Acklin in the end zone and Deatrick Nichols‘ finger getting in between that and a 22-year Grey Cup drought coming to its merciful, perfectly-placed close.

The pieces in the game will be different this time around, but the opportunity is there again for the Ticats in 2023, as they host the 110th Grey Cup. While it may feel like a wild claim to see them in the Grey Cup after their 8-10 finish and first-round playoff loss in 2022, the CFL is exceptional in how it allows for drastic one-year turnarounds. There’s only one thing that Hamilton fans will want this season and it’s for the Black and Gold confetti to finally fly on their home field at the end of November, ending what will be a 24-year Grey Cup drought by then. 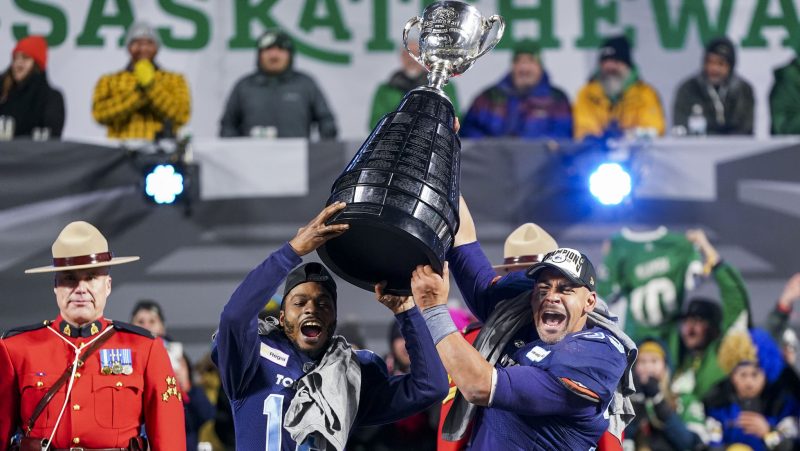 Brandon Banks and Andrew Harris were two veteran additions that helped lift the Argos to the Grey Cup in 2022. Will they be back to help defend their championship in 2023? (Thomas Skrlj/CFL.ca)

Toronto Argonauts: Run it back

If you’re an Argos fan, you can take this to mean a second consecutive Grey Cup win. I’m thinking something a little more specific.

We saw a veteran-heavy group formed with this team last year. McLeod Bethel-Thompson and Henoc Muamba were already there, but when Andrew Harris and Brandon Banks signed on, the Argos gained some key been-there, done-that figures and each played their part in disrupting the Bombers’ three-peat bid last month. I’ve always felt that championship teams should get the chance to defend that title, with their roster returning intact as much as possible. Retirement rumours abound for all four of these players (shoutout to fullback Declan Cross, who announced his retirement on Monday). I’d love to see them all back on the field this coming year for a proper Grey Cup title defence.

My Alberta roots are probably shining through here but I can’t think of Danny Maciocia, Jason Maas and Noel Thorpe without thinking of them in Green and Gold. All three were in Edmonton in the first decade of the new century. It’s a time that saw some highs — Edmonton played in three Grey Cups and won twice between 2002-2005 — and lows, that included a 35-year playoff run coming to an end in 2006.

Edmonton provided Maciocia his first CFL head coaching opportunity and the connections he made there clearly have stuck with him, as he just hired Maas to be his head coach with the Als this past week. If that trio can work together to get the Als on a Grey Cup run similar to what Edmonton enjoyed almost 20 years back, we’ll have a lot of happy football fans in Montreal.

The 2022 REDBLACKS are one of the greatest CFL what-ifs. What if Jeremiah Masoli hadn’t been injured in Week 5 and lost for the season? What would have become of what appeared to be an offence with limitless potential? How would this team have fared in an East Division that was up for grabs for the bulk of the 21-week long regular season? Would they have been a playoff team? How much post-season noise could they have made?

Assuming Masoli returns from his broken leg and is his same old self, he’ll have a new coach to work with, in Bob Dyce and a roster that will see at least some change in free agency. We won’t get answers on what could have been for the 2022 REDBLACKS, but a healthy Masoli puts us in position to see improvement from a team that’s been starved for success the last few seasons.

Sub-wish: It’s not at an Elks level, but the REDBLACKS are also starved for some homefield success, going 0-9 at TD Place in 2022. Let’s throw in an early win in 2023 to get the ball rolling for them.

This last wish is also becoming a part of the annual tradition here. I spent almost a week in Halifax and Wolfville, N.S. this past summer for the Touchdown Atlantic game and it was a highlight of the season.

The area is beautiful and the people are *so* nice and welcoming. The food is excellent, the patios and associated venues are immaculate. Game day felt like a true event in Wolfville, where a town ballooned in size for a day and everyone was treated to a fantastic game. It was a perfect glimpse of what could be and what the CFL could offer the Atlantic region if it had a full-time team. In the words of Darryl Philbin of The Office, let’s make it happen, captain.