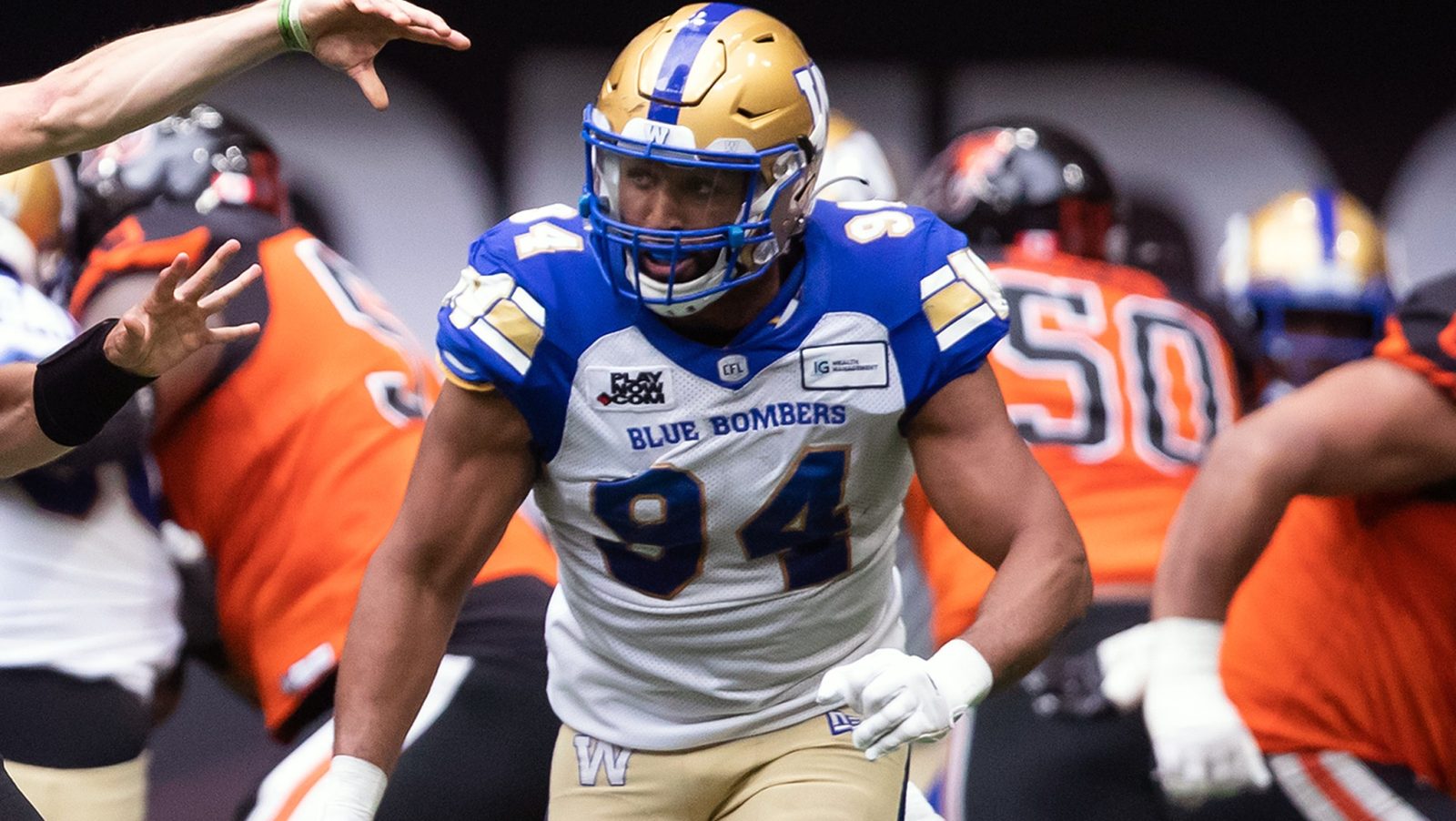 WINNIPEG — One of the league’s scariest defensive lines retained one of its most feared defenders.

The Winnipeg Blue Bombers announced on Monday that the club has signed American defensive lineman Jackson Jeffcoat to a one-year contract extension.

Jeffcoat was scheduled to become a free agent on February 14 and was ranked No.14 on CFL.ca’s top 30 pending free agents list. 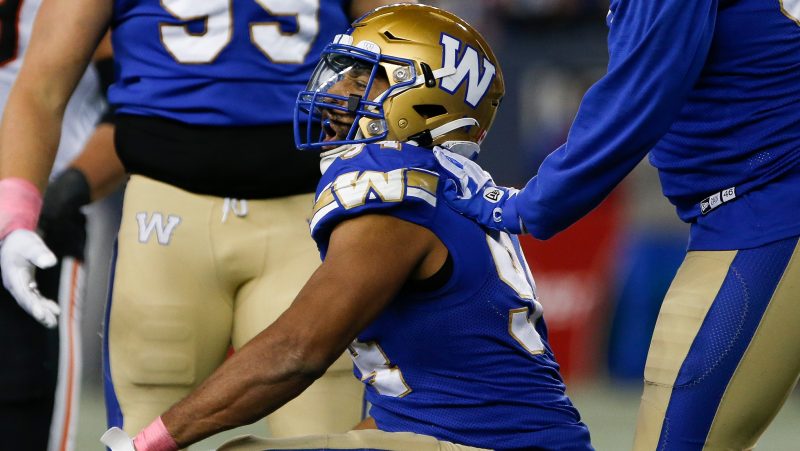 In five seasons with the Bombers, Jeffcoat has accumulated 30 sacks and 126 tackles in 64 regular season games (The Canadian Press).

Starting his CFL career with the Bombers in 2017, Jeffcoat returns to Winnipeg for a sixth season in 2023. Despite missing six regular season games due to injury, Jeffcoat finished the 2022 campaign with 20 defensive tackles, four sacks, one interception along with a forced fumble and fumble recovery.

The defensive lineman wreaked havoc during the playoffs, recording a sack in each of the Western Final and Grey Cup games, he also added a forced fumble in the championship loss to the Toronto Argonauts.

Jeffcoat enjoyed his best statistical season in 2021, racking up a career-best nine sacks to lead the Blue Bombers, while forcing a league-leading four fumbles and adding 26 tackles and two pass knockdowns. Those totals saw him earn spots on both the West Division and CFL All-Star teams for the first time in his career.

A star during his college days with the Texas Longhorns where he was a consensus All-American and the Big 12 Conference Defensive Player of the Year in 2013, Jeffcoat joined the Bombers after stints in the NFL with the Seattle Seahawks, Washington Commanders and Cleveland Browns.