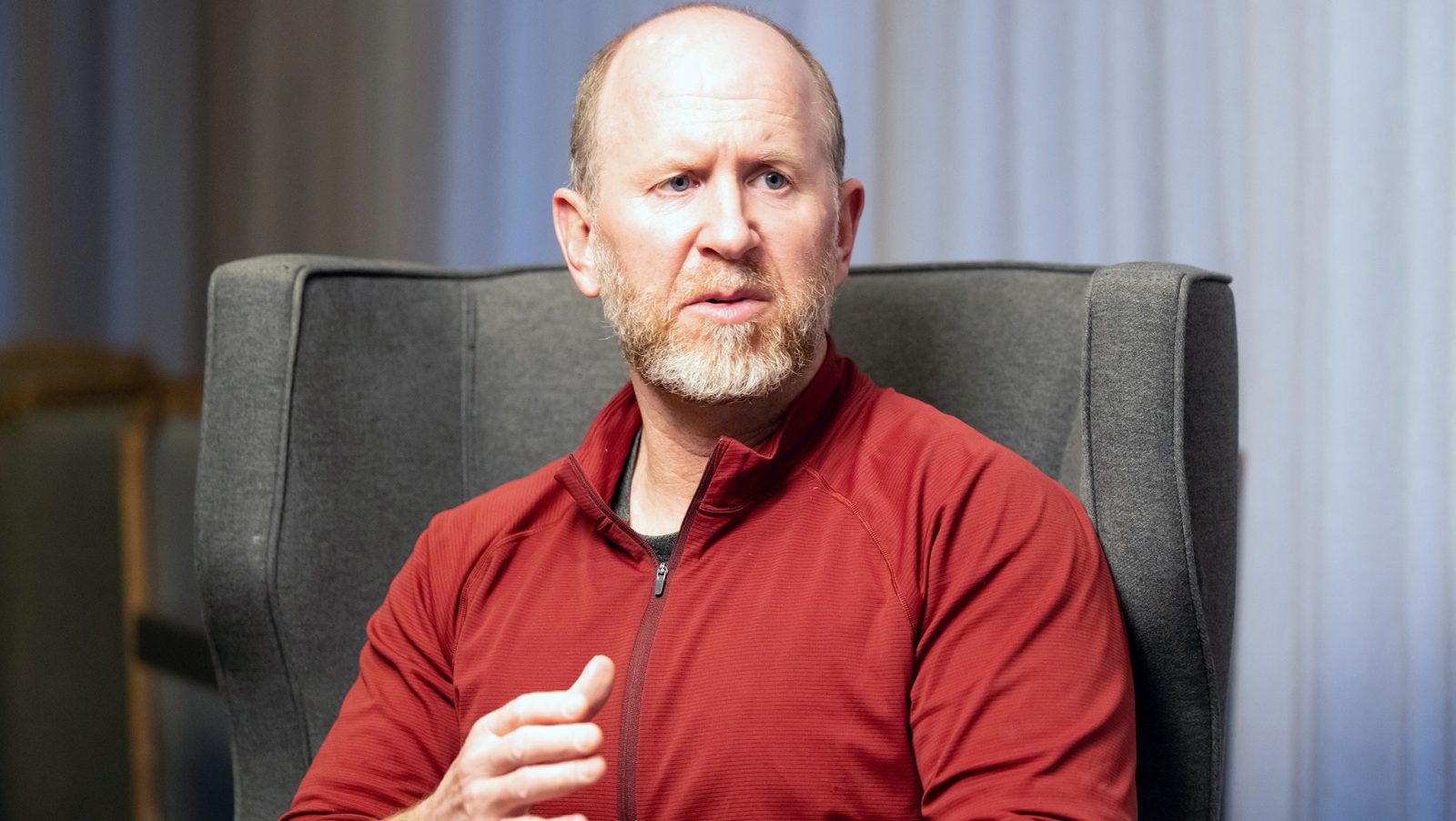 For Dave Dickenson, adding the title of general manager to his job description was at least partly about continuing the Calgary way and partly about ensuring that, as head coach, he could continue to work in an environment with which he’s quite comfortable.

In taking over the job from John Hufnagel — who steps back from the day-to-day but remains with the team as president — Dickenson is wading into his extra duties this off-season with the knowledge that the workplace he’s known since 2008 will not change all that much, unless he’s the one that changes it.

“I mean, for me, it was partially selfish because I didn’t necessarily want a guy to come in and change things in our organization,” said Dickenson from the CFL winter meetings last week in Kananaskis, Alta.

“For me to think that another guy potentially could come in and not follow that same plan just didn’t make sense.”

Dickenson, who just turned 50 on Jan. 11, now has some extra decision-making to tackle as a new general manager. As he gets ready to maneuver the Stamps through the upcoming free agency period, though, he can do so knowing that he can follow the template first laid down by Hufnagel and adhered to by the organization ever since.

“We’re going to follow the same model,” said Dickenson. “I have good people in place.”

With the free agency window set to open at noon ET on Feb. 14, the Stampeders have a healthy number of prime players in need of new contracts, if they’re to remain a part of the Calgary picture in 2023.

“I’m not feeling overly optimistic that we’re going to be able to keep all of the guys we want,” said Dickenson, frankly. “It is certainly slow moving, across the league. I don’t feel like there’s a ton of movement at this stage, with any one team really signing a bunch of their guys back.”

That would include the Stampeders, though the team has extended star receiver Reggie Begelton, as well as receiver Colton Hunchak, offensive lineman Zack Williams and running back William Langlais.

Linebacker Jameer Thurman — to most observers a key element of Calgary’s defence — can test free agency next month. So can defensive end Shawn Lemon, the West Division’s nominee for Most Outstanding Defensive Player in 2022.

Defensive backs Jonathan Moxey and Branden Dozier are possible free agents and so is linebacker Cameron Judge, the team’s nominee for Outstanding Canadian last season. Judge and Lemon were CFL All-Stars, while Moxey was named a West Division All-Star. Breakout-star defensive lineman Folarin Orimolade is on the list too.

“We do feel like we have a plan,” said Dickenson, “but that plan is going to change and it’ll change weekly. And we’ve just got to be prepared and go with the flow and sign the guys in the best numbers we can and and grow this team basically from the inside out.”

That has been the rock solid pattern for the Stampeders under Hufnagel, and Dickenson would like to keep that beat going, though he does allow that the team might be a little more active in signing other teams’ free agents with him at the controls. That’s not because he has any kind of a quibble with the Hufnagel way of doing things. It’s because the Stampeders might be forced into it with other teams — particularly the Toronto Argonauts — raiding the Stampeders of players and coaches the last few years.

“When we started losing a lot of our players and then coaches on top of it,” Dickenson said, “it gets tougher. But every club kind of (goes through) cycles. We’ve had to replenish a lot of our vets and we feel like we’ve done a pretty fair job of it, finding some really good young pieces.”

Indeed they have done that. What team has been has been better than the Stampeders, over the last 10-15 years, when it comes to bringing in players who are unknown in June but household names by Labour Day? Still, it’d be nice to retain rather than have to recruit, simply because you know the puzzle pieces that you already have fit together nicely.

“We haven’t had a losing record since, I don’t know, before my time here,” said Dickenson. “When you’re winning, you do tend to try to shop in-house a little bit more and reward those players that are doing a great job for you.

“We’ve just got to make sure we’re being fair with our players and to try to make Calgary a destination that players want to be at.”

In that endeavour, Dickenson has a lot of front office help, the same help that Hufnagel’s had, in fact.

The three of them can and will do a lot of the necessary legwork needed to aid in speeding Dickenson through the negotiation process. “They’ve been doing these contracts for a while now,” said Dickenson.

As was the case with Hufnagel, Dickenson plans on finding consensus in player recruitment, signing and re-signing.

“I feel like, as a group, we’ve always talked things out and we try to come to an agreement. The thing is, if you don’t come to agreement, you still have to have that one guy that when he wants to do it a certain way, it’s his right. For me I get a little bit more say and ultimately, I have that ‘hammer’ if I want to use it.”

Meet the new boss. Same as the old boss. And when it comes to continuing the Calgary way, that’s a good thing.

DICKENSON INTERESTED IN BUILDING MORE THAN JUST A ROSTER

Another part of what has driven Dickenson to add ‘general manager’ to his title is a bigger picture when it comes to football in Calgary and all across Canada. It sounds like he is going to be active in that
regard and that he’ll ask his players to be as well.

“I’ve always been about ‘on field, on field, on field’ and now as a general manager and having a little bit of a stronger voice, I’m trying to make sure the fans are coming to the games, that the product’s what
we want,” he said.

“I really want to make the CFL a destination. That people come to our games and it’s the talk of the town. I want people in Calgary and Canada talking CFL and we’ve got to do our part in order to stimulate that conversation. Put a great product on the field but (also) make ourselves get out there and meet people and become a part of that community. And also generate the new wave of fans.”