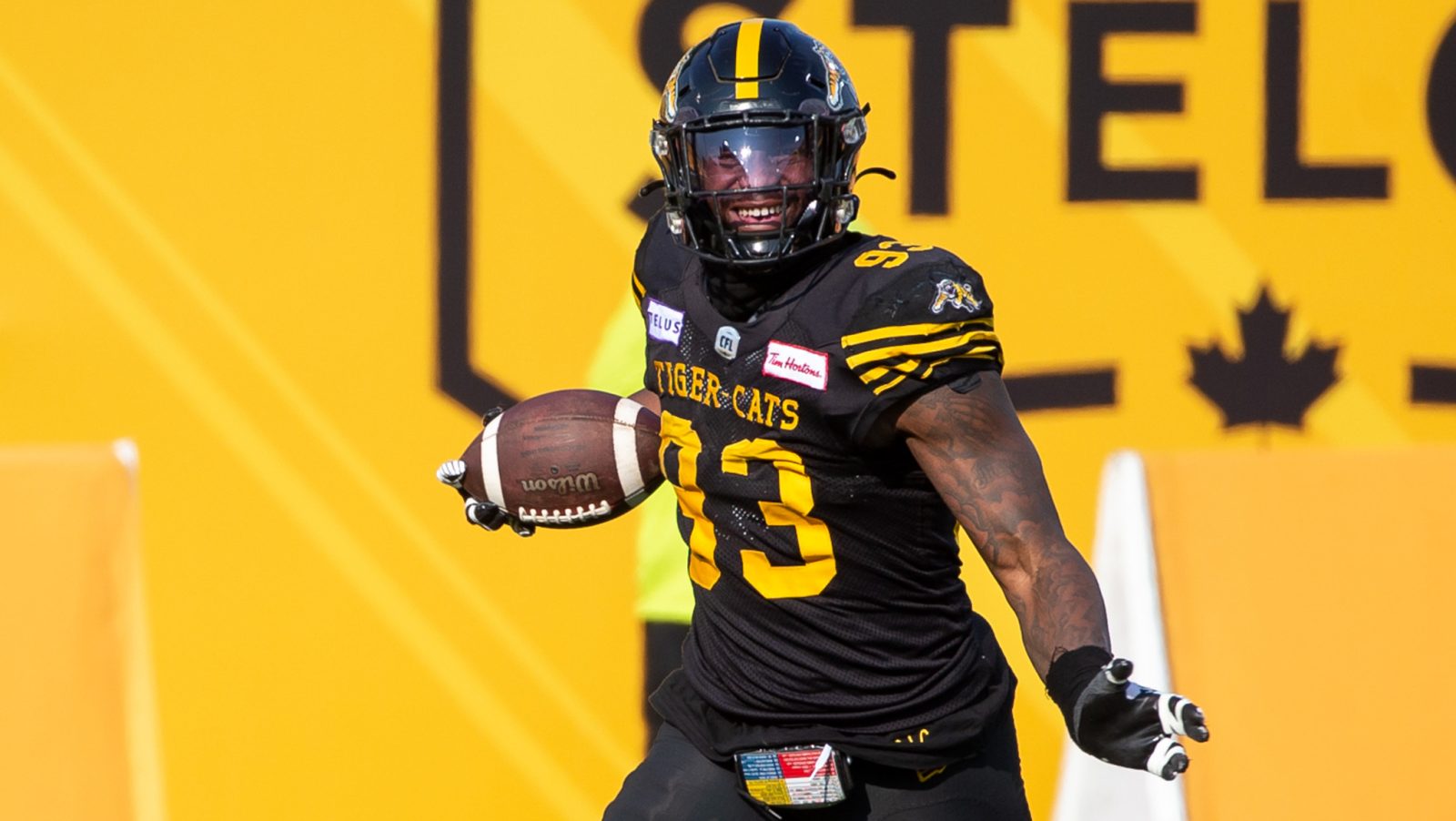 CFL.ca put out their Top 30 Pending Free Agent list last week and I never envy those who put together these lists.

Why? Because sometimes I do them and have to hear about it from a snubbed player. And not just a one-off tweet. You’d be surprised how a professional athlete can hold a grudge, albeit a small one, against you for a perceived slight.

So I get to be the good guy now. I get to be the one who comes out in defence of those left off the Top 30 Pending Free Agent list, but this year I’m going to do it a bit different.

Instead of listing a dozen or so guys, here is my all-snub team of CFL free agents. Yes, a full team of players left off the top 30 list. And like I always do with my teams, I make sure the Nationals are properly represented!

I’m putting these two in a saw off as you saw the big four quarterbacks on the list of Bo Levi Mitchell, Cody Fajardo, McLeod Bethel-Thompson, and Trevor Harris. These two pivots have different qualities but in their time in the CFL have provided depth to organizations in back up roles and you know it always takes two (or more) quarterbacks to win in the CFL at some point in the season. Any team should feel just fine with either of these two pushing the starting quarterback in training camp.

The 26-year-old running back has some incredible ability! With a 5.7 yard average per carry and averaging over 12 yards a catch after grabbing 29 of 31 targets in Montreal, I wouldn’t mind giving this guy a shot at full time duty carrying the ball for my team. Fletcher had over 800 yards from scrimmage and he barely got to play as a No. 1 back last season. He only had two games where he had more than 10 carries. A full workload for Fletcher and who knows what he could produce.

Trust me, there will be snubs within the snubs because there are plenty of quality receivers out there in Free Agency. Darvin Adams and Greg Ellingson are the cagey veterans. Adams almost had a 1,000-yard season with a hodgepodge of quarterbacks that went through Ottawa in his first season there. Ellingson would have had a 1,200-yard season if he was healthy. DaVaris Daniels became a reliable target for Toronto last season as he led the team in yards per game and touchdown catches.

I love me some Rasheed Bailey. I know Zach Collaros looks elsewhere when Ellingson, Nic Demski and Dalton Schoen are in the lineup but I think Bailey could produce if he was given a No. 1 type role in an offence. And Kaion Julien-Grant is a young Canadian who absolutely started to pop in Montreal. It took him until year three to be given a shot and he took full advantage. He’s just getting started.

This is just a bunch of All-Star calibre offensive linemen that any team could upgrade by picking one these guys up! Derek Dennis is back home in Calgary locking down the left side of the offensive line. Justin Lawrence was great in the middle in Toronto but could play guard as well. Michael Couture was missed in Winnipeg at centre until he came back from injury. Sukh Chungh’s career has been so solid under Kelly Bates’ direction along BC’s offensive line. Philip Blake can play anywhere you want him, he was a five position player for Toronto last season and that type of versatility is so valuable in the CFL.

I’m cheating by having two Canadian defensive ends but Kwaku Boateng was injured last year but came out of Edmonton as a premier pass rusher and if healthy, I hope he can replicate that in 2023. So if he’s not healthy, I can’t ignore the end of the season for the young Robbie Smith in Toronto who had three sacks in his final five games, including a sack and that key block in the Grey Cup. He’s another young Canadian who has a great career ahead of him.

Down the middle of the defence, I have Anthony Lanier II and Casey Sayles. They are two tackles who can get to the quarterback and disrupt through the middle of the defence. To wrap things up is Malik Carney, who impressed in Hamilton with seven sacks. Carney wasn’t even a full time guy along the defensive line either as the 27-year-old could be a sneaky value pick in free agency.

Avery Williams may be the most under appreciated linebacker in the league. Look at consistency he has had in Ottawa for that defence but because he came up short of the century mark in tackles, he’s left out of the top 30. Bo Lokombo is finally getting his shot to be a regular on defence and has been great in BC since then. An injury set his production back in 2022 but when you can bring on a talented every down National linebacker, you sign them. Tyrice Beverette was everywhere for the Montreal Alouettes defence and allowed them to move on without Patrick Levels. He’s another underrated free agent to look out for if he gets to February 14.

Not much should need to be said for these defensive backs. They’ve all been named at the very least a Divisional All-Star in the last two seasons. The other aspect that makes them intriguing is they’ve all played multiple positions in the secondary. If I’m looking to improve my defensive backfield, these are the first four guys on my list, no questions asked.

Injuries have set Edem back the last two years but that’s the only concern for a great athlete. Edem thrives in the utility role that the Roughriders have given him.

The options at kicker are limited but Bede is still a valuable asset to have as he has a booming leg and can do all three kicking duties if necessary.

The East Division nominee for Most Outstanding Special Teams player is a no-brainer for the all-snub team.