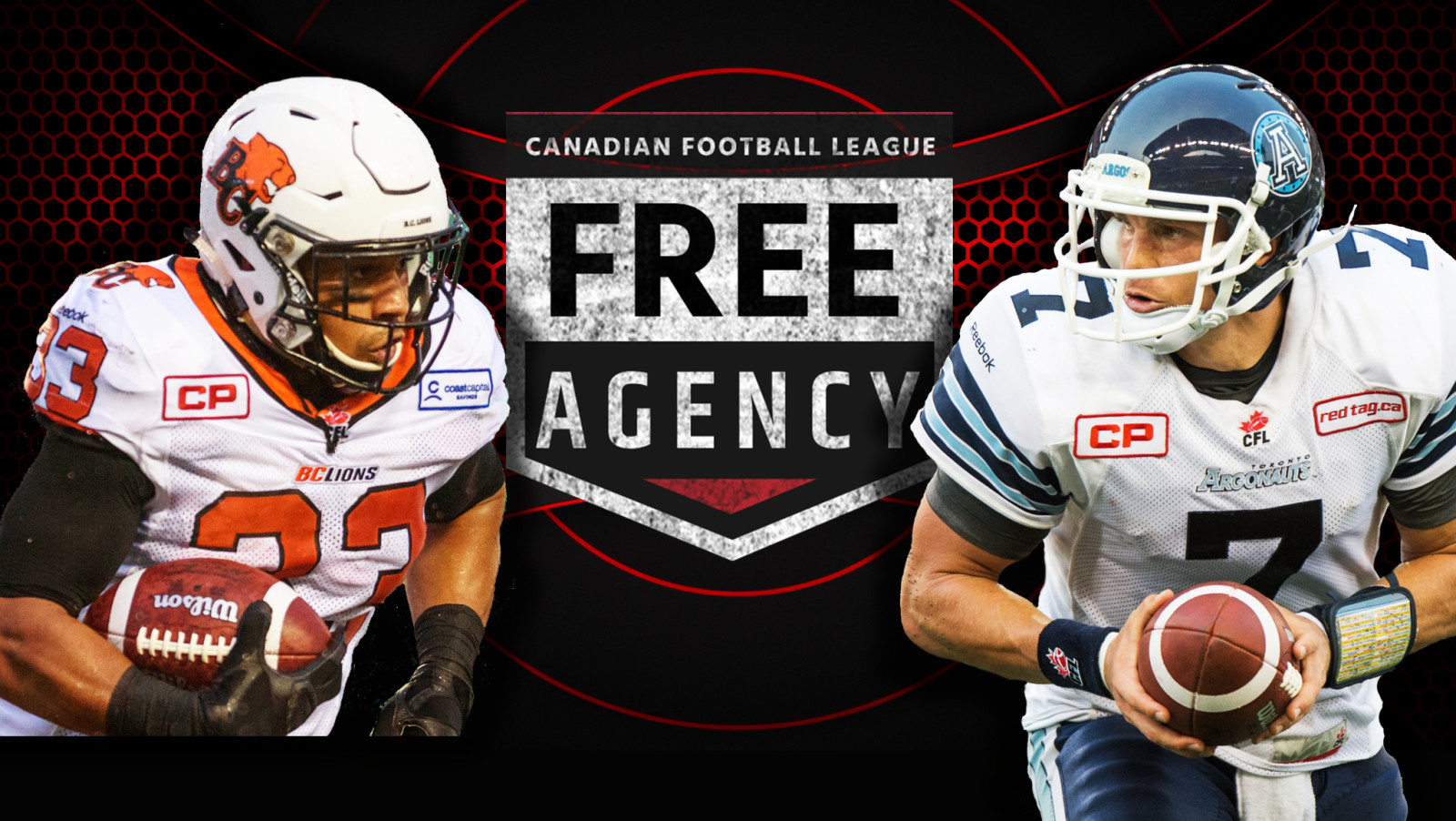 The 2016 CFL free agency period officially opens at 12:00pm ET on February 9, 2016. Below lists the players who will become CFL free agents should they not re-sign with their current respective team. The status column indicates whether a player has re-signed with his team or is still bound for the open market.