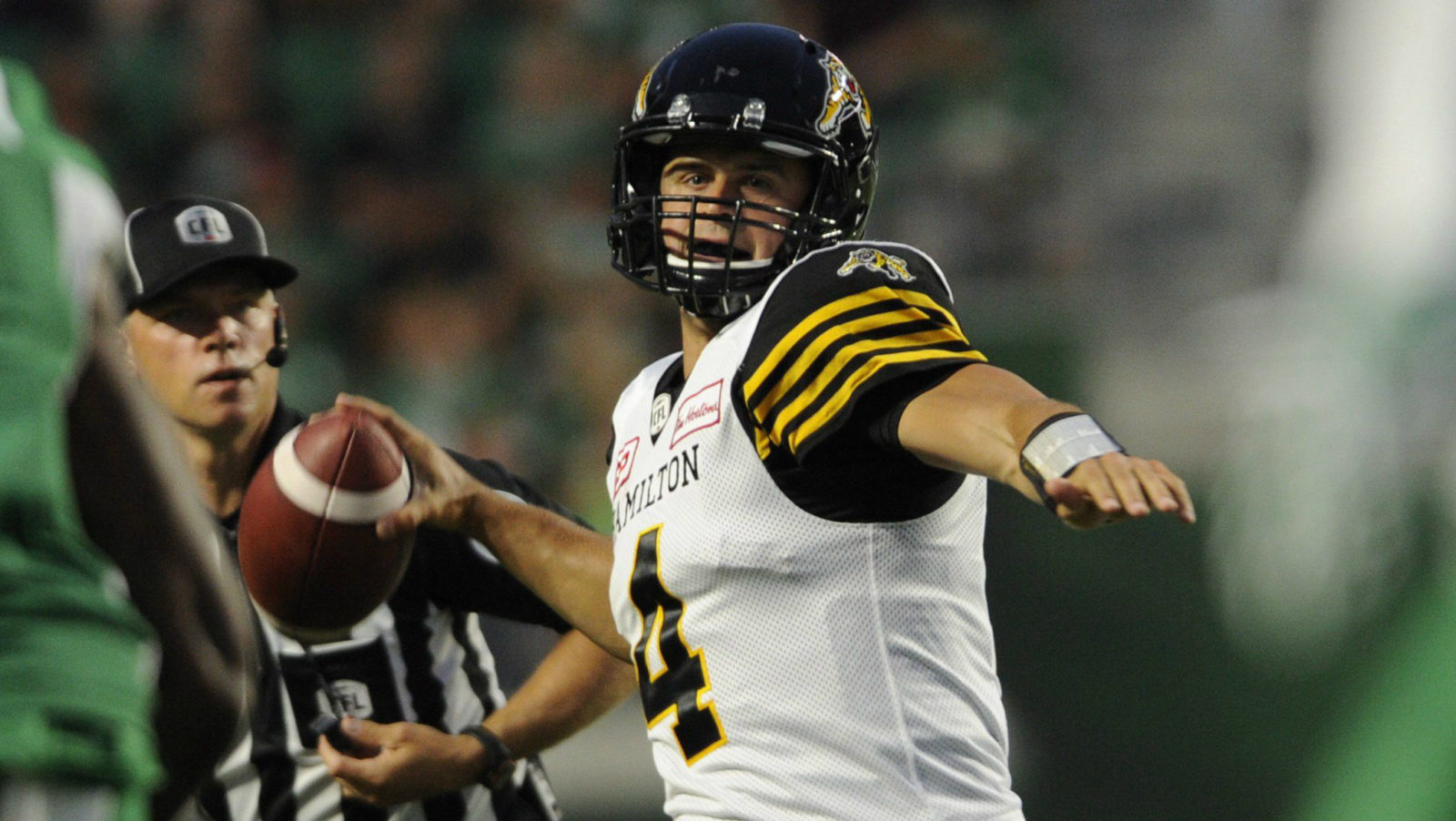 Last week we focused on a few players flying under the radar who opted to stay put during this exciting and eventful off-season. We’ll flip that around a little this week, because we’ve also seen numerous big additions over the last few months.

Led by Saskatchewan’s acquisition of Zach Collaros, we’re kicking off the MMQB with my five most significant off-season adds.

Collaros is the first of two Riders on this rundown and he also happens to be the biggest off-season addition by any team this winter. I know Collaros has had his struggles the last couple seasons, and there’s no guarantee a change of scenery will get things back on track. However, Saskatchewan identified an area of need following the 2017 season and has addressed it in the best way possible. 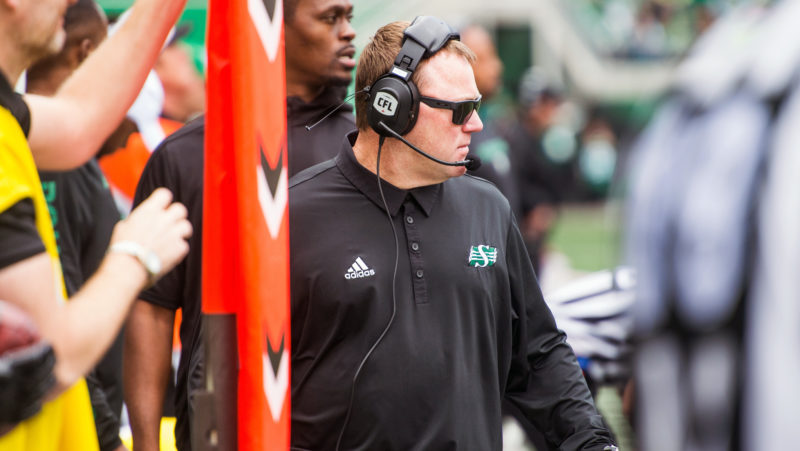 It seemed like there were two available and sought after quarterbacks heading into the off-season: Collaros and James Franklin. The latter was brought in by Toronto in another big trade, but Franklin doesn’t make this list mainly because he’ll be understudying for Ricky Ray in 2018. Collaros, on the other hand, comes in with high expectations; he was acquired to give the Riders a true number one pivot and a guy to lead them back to the top of the West Division.

Removing last year’s nightmare start, Collaros was very effective when healthy for three seasons as Hamilton’s starter. He makes good decisions and limits mistakes, spreads the field well, and is a dual threat in the red zone. With a fresh start and dynamic weapons like Duron Carter, Naaman Roosevelt and newcomer Jerome Messam, an invigorated Collaros has a chance to do big things in Regina; providing he stays generally healthy.

General Manager Chris Jones wasn’t messing around this winter; after narrowly missing out on what would have been a surprise trip to the Grey Cup, Jones sees an opportunity for his Riders in year three at the helm. Sask has made significant splashes in free agency and in a pair of trades; one for the aforementioned Collaros and another for Hughes.

In getting Hughes from the Stampeders via Hamilton, the Riders now have two terrifying options off the edge when you factor in the re-signed Willie Jefferson. The two combined for 19 sacks last season and will be an absolute handful to contain in 2018.

You can tell me all you want how Hughes is 34 years old and might be primed for a step back, and that might be totally accurate. But, after retooling for a couple years, the Riders are clearly gearing up to win now and Hughes helps them do just that. He led the league with 11 sacks in just 14 games last season and even with a small step back, he’s still a devastating force off the edge.

The Argos erred when they packaged Heath and an eventual first overall pick in trade to acquire Drew Willy from Winnipeg late in the 2016 season. Of course, they recovered rather nicely by winning the 105th Grey Cup in November, and now they’ve brought back Heath as a big free agent signing.

In his first full season with the Bombers, Heath was a beast once again in 2017; he finished with five interceptions, good for fifth overall, and 64 defensive tackles, third on the Bombers. I love watching Heath play, because he’s extremely speedy, has outstanding range, and tracks the ball as well as any defensive back. 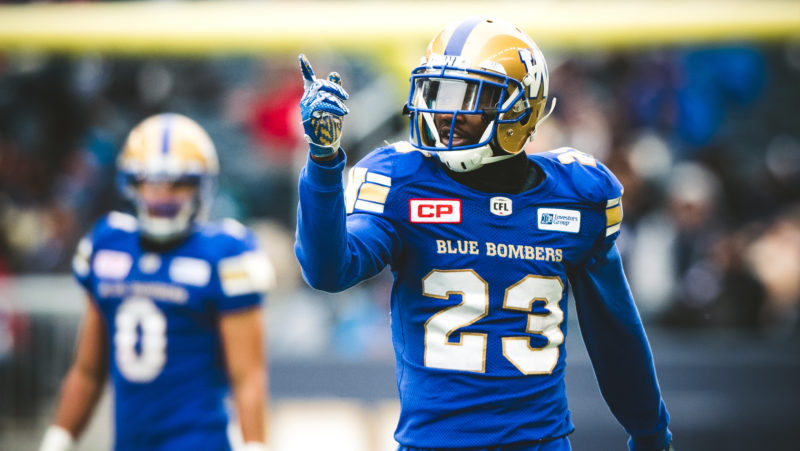 A year and a half after being traded, T.J. Heath is back where his CFL career started in Toronto (Johany Jutras/CFL.ca)

I really like this addition for Toronto, because Heath makes their secondary better, especially with the loss of Mitchell White. With Cassius Vaughn and Jermaine Gabriel coming back, the Argos still had a nice looking defensive backfield, but it certainly looks that much better with Heath in the fold. Yes, he turns 31 in September, but with Ray coming back, the chance of a title defence is very much on the table; Heath gives them a better chance of accomplishing that goal.

Montreal pinpointed a major need in the secondary this winter and addressed it in a big way. The Als added Joe Burnett and Dominique Ellis, both in free agency, but for me, their most significant addition is Campbell. After two stellar seasons in Calgary, Campbell comes to Montreal with a chance to really solidify the Als’ backfield.

Along with Ciante Evans, Campbell made up one half of the best shutdown corner tandem in the CFL last season. While his counting numbers were down last season compared to 2016, Campbell still finished with a pair of interceptions while being matched up with the best playmakers on the other side each and every week, many times in man coverage.

Campbell won’t have a guy like Evans to pair with in 2018, but every piece of evidence I have suggests he’ll make one side of the field extremely hard to gain yards on through the air. Additionally, with a little less help, Campbell’s role will likely be elevated this season, which suits him just fine; 2016 saw him finish second on the Stamps with 71 tackles.

Despite his numbers dropping last year compared to his career 2016 season, I really like this pickup for Winnipeg. With an offence led by Matt Nichols, Andrew Harris and Darvin Adams, Bowman comes in under the radar yet still extremely dangerous. For a Bombers team trying to get over the hump, I think a veteran like this could really help.

Let’s also put Bowman’s 2017 into context. He got off to a decent start before suffering an injury in Week 4 that kept him out for almost two months. Upon Bowman’s return to the Eskimos lineup, Brandon Zylstra was already established as the league’s receiving threat and Derel Walker had returned from his stint with the Tampa Bay Buccaneers. It was going to be tough for him to get back into his groove from the year prior. 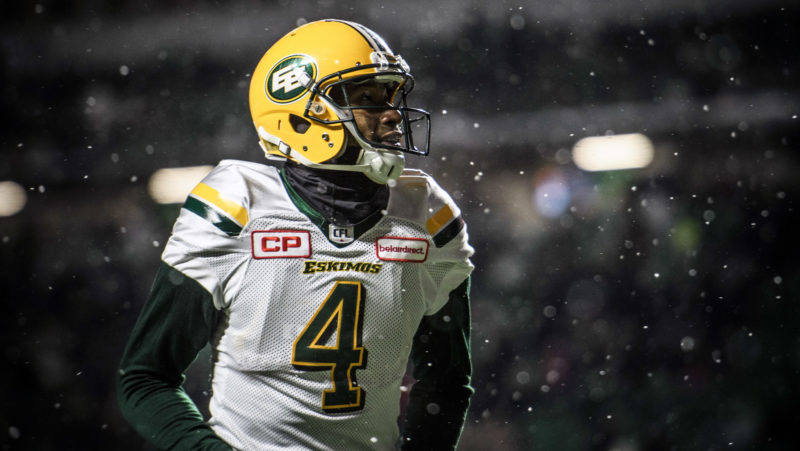 In saying that, though, Bowman still caught seven touchdown passes in 14 appearances, including the playoffs. Even if he doesn’t average 100 receiving yards each week like he did two seasons ago, Bowman is still extremely dangerous in the red zone and his versatility should be a really nice fit with Nichols.

If you’ve surfed on over here over the last couple of weeks you know as well as anyone what time of year it is: it’s combine season. With two regional meets in the books, the focus turns to Winnipeg for the next week; the Western Regional goes Thursday before this weekend’s CFL National Combine presented by adidas. There are plenty of reasons to pay close attention to CFL.ca’s live coverage this weekend.

As per usual, there will be a ton of high-end talent on display. Offensive lineman are always sought after, for instance, and there are plenty of quality options testing. Peter Godber (Rice), Darius Ciraco (Calgary), Dakoda Shepley (UBC), and Mark Korte (Alberta) are among the top linemen attending the National Combine; all four finished in the top 12 in the most recent CFL Scouting Bureau rankings.

If you like offence and speed, make sure to pay attention to a pair of receivers: Calgary’s Rashaun Simonise and Mark Chapman of Central Michigan. And don’t forget the Onyeka brothers, who make up one of the best stories of this year’s draft class. Wilfrid Laurier defensive back Godfrey was ranked sixth in December’s rankings while brother Kene (DL, Carleton) came in at #14.

Combine season is a great tool ahead of the CFL Draft and is really the final piece in finalizing each team’s draft order. A bad combine can do big time damage to a prospect’s draft position the same way a good showing can you shoot you up the board.

I’ll probably refer to former Acadian receiver Brian Jones for years to come, because he’s a great example. Projected as a second round pick heading into the National Combine, Jones blew the doors off and ended up being drafted fourth overall by the Argos. Who will make the jump this year? We’ll be that much closer to our answer(s) in less than a week!