Custis threw down the foundation as CFL’s first black quarterback

Custis threw down the foundation as CFL’s first black quarterback

Bernie Custis left his meeting with the Cleveland Browns frustrated, but with a plan.

A star quarterback at Syracuse University from 1948 through 1950, Custis had hoped there would be an opportunity to play that role in the NFL.

A pair of obstacles stood in his path. One was a hall of fame starting quarterback, in Otto Graham. The other was that the idea of a black quarterback in the NFL was essentially unheard of. When he declined the opportunity to play safety for the team, he was granted his release, provided he didn’t play for another NFL team.

On his way out the door, coach Paul Brown told Custis about the Canadian Football League.

“I don’t think he really knew anything about Canada. He just got on the train and headed north,” recalled John Williams Jr., a close family friend, a former CFL player and the narrator of Gridiron Underground, a 2015 documentary about the path that Custis and many other African-Americans took to play in Canada.

Custis may not have known it at the time but it was a sign of what awaited him in a new country. Custis’ CFL career was six seasons and he only spent his first one, in 1951, as the Hamilton Tiger-Cats’ quarterback, but the move was historic.

Custis was the league’s first black quarterback. Sixty-seven years after that one season under centre, he’s the one to have walked through a game-changing door. His spirit of breaking down barriers continued into his post-football career. He was a teacher and principal in Hamilton and went on to coach junior football, then at Sheridan College and finally at McMaster University. He died on Feb. 23, 2017 in Burlington, at 88.

“His story is all about using sports and gaining access to opportunities that people wouldn’t normally have,” said Williams, whose own post-football career has been heavily influenced by Custis’ legacy. He’s the director of the McMaster Youth Movement, which ensures long-term Aboriginal athlete development and growth on the McMaster campus and beyond.

“More than anything that’s what I’ve taken from Bernie’s life and his work, it’s what you can do with sport. I think that’s also one of the motivators of why I’m doing the work that I’m doing with the Indigenous community. As a kid, being able to see that, whether he was at McMaster or he was scouting for the Argos or he was scouting for Hamilton, I was able to see just how people would let him in. It was just because of sport and that doesn’t normally happen.”

In the years that Williams spent around Custis, he heard countless stories about the times Custis couldn’t get in, even if he was the quarterback at one of America’s biggest college football programs.

“I think his experience at Syracuse, almost more than his experience in the CFL was kind of unbelievable when you think about the time and what was going on,” Williams said. 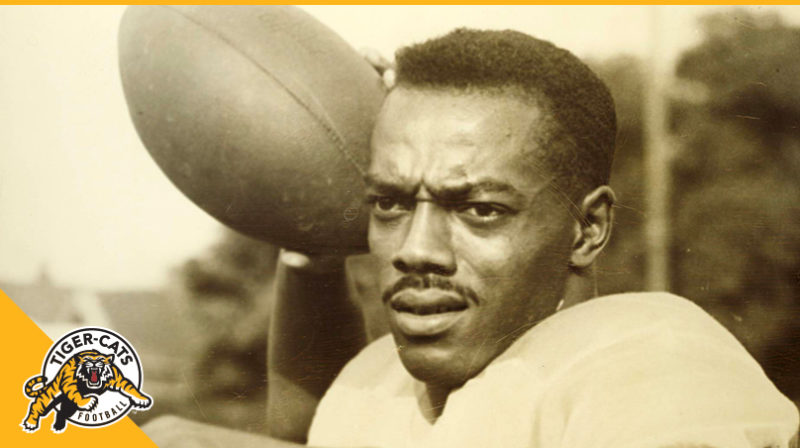 “You talk about right now minorities at universities, predominantly white universities all over Canada and the U.S. but at that time, (they were) non-existent. He dated a white cheerleader at Syracuse and I think he got kind of scolded for that as well.

“In upstate New York (in the late 1940s) it wasn’t what it was down south where my dad was,” Williams said of his father, John Sr. who grew up in Denton, Texas.

Both on and off of the field, Custis was ahead of his time. Williams remembers when his father wanted to get into coaching in the later 1970s and a newspaper headline emphasized that a black man wanted to coach. Williams points out that on the 2004 Toronto Argonauts team he was a part of,  head coach Michael ‘Pinball’ Clemons was the first black coach in CFL history to win a Grey Cup. That was only 14 years ago.

Custis was an teacher and principal for 35 years. He coached through the 1960s, 70s and 80s, watching as others slowly, eventually came to stand alongside him.

“I think that’s the one thing I try to take away. If I’m talking to any of the younger guys from the younger generation or even kids, I think it’s important to translate the message that you’re not just here. People came (before you),” Williams said.

“There’s a quote I always use. It’s easy to touch the stars when you’re standing on the shoulders of giants.

“Getting the younger generation to recognize who came before them, the opportunities that they have because of the people before them that went through these things.

“A lot of Americans and Canadians nowadays, guys that play in this league have no idea that this story exists, or they don’t know the story of how the CFL was able to break some of these barriers that the NFL just wasn’t doing at the time. I think that’s an important part.

“Guys are still just completely unaware of the privilege that they have to play in this league.”