Jamel Lyles hopes to become the ‘next Andrew Harris’ 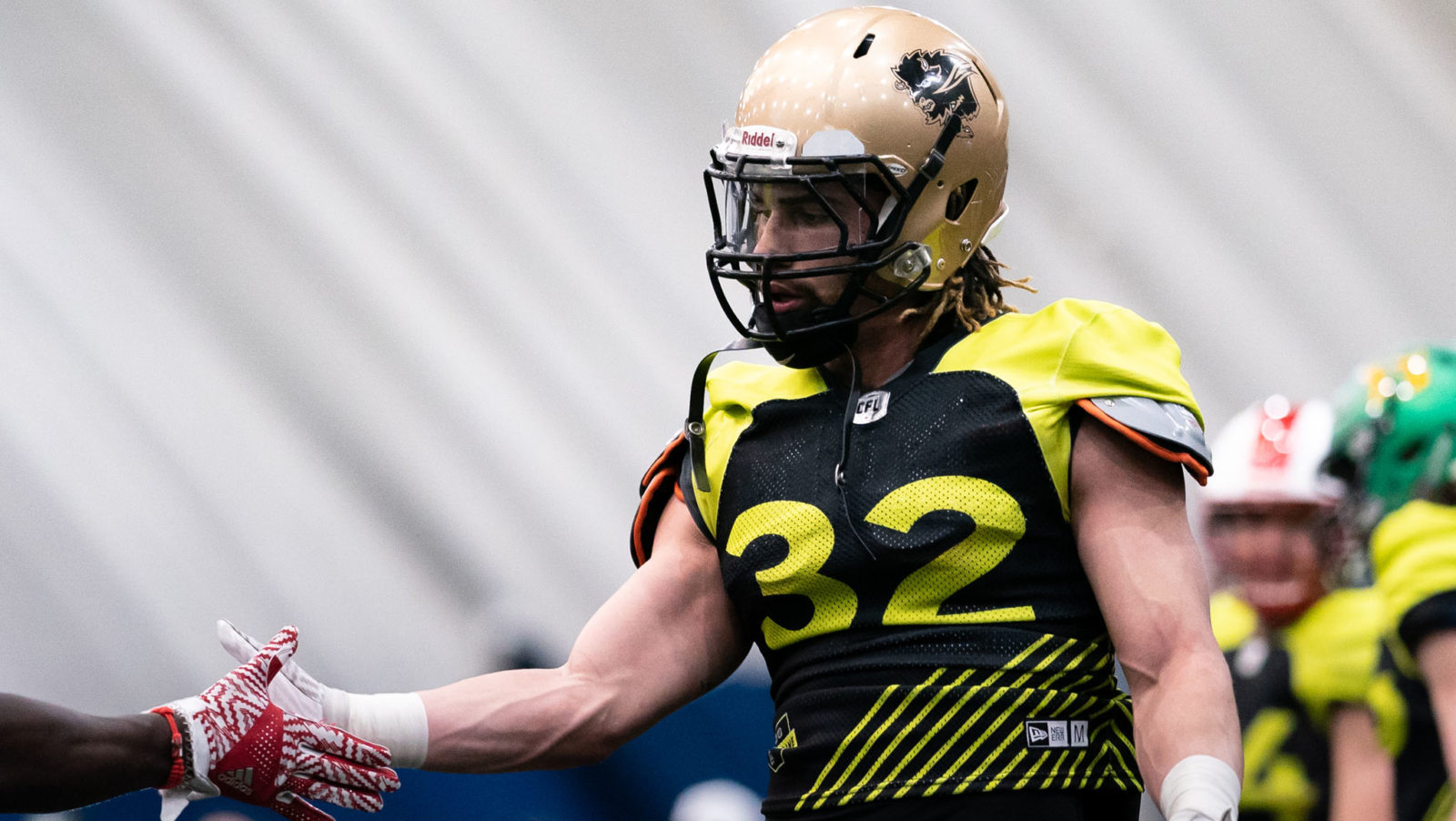 Jamel Lyles hopes to become the ‘next Andrew Harris’

TORONTO — As CFL Draft prospect Jamel Lyles eyes making the jump to the professional ranks, he hopes he can take parts of his favourite CFL player’s game and add it to his own.

The Manitoba Bisons running back is inspired by Winnipeg Blue Bomber Andrew Harris and wants to become the next duel-threat Canadian running back in the league.

“I think Jamel Lyles in the CFL is going to be, hopefully, the next Andrew Harris,” said Lyles. “And be able to be as explosive in catching the football out of the backfield and running the ball. And hopefully also getting a chance to be returning some kicks in the CFL.”

RELATED:
» CFL Combine felt like a dream for running back Jamel Lyles
» Stock Assessment: Lyles on the rise
» Jamel Lyles among pro-ready prospects
» For Comparison’s Sake: Stacking up the draft’s top prospects

Lyles put his skills on display at the CFL Combine presented by New Era, hoping to impress scouts and general managers ahead of the CFL Draft on May 2. The running back put up 17 reps on the bench press and ran 4.64 seconds in the 40-yard dash. He also jump 33″ in the vertical jump and 9’8.88″ in the broad while finishing the 3-cone drill in 7.25 seconds and the shuttle in 4.44.

Like most prospects, the five-foot-11, 202-pounder has always dreamed of playing in the CFL, and is hoping he hears his name called at the beginning of May.

“If I were to get drafted anywhere,” he said. “That would just be an awesome opportunity because it’s been a dream of mine since I was four or five years old.”

Along with getting to play the sport they love, professional football players get the opportunity to give back to the community. Lyles is excited about the idea of being a role model for young football players, just like Harris was for him.

“I’m looking forward to being able to be an example for the young kids in my community back home,” said Lyles. “No matter what you’re going through, if you fight and you work day in and day out for your goal, you’ll make it happen.”