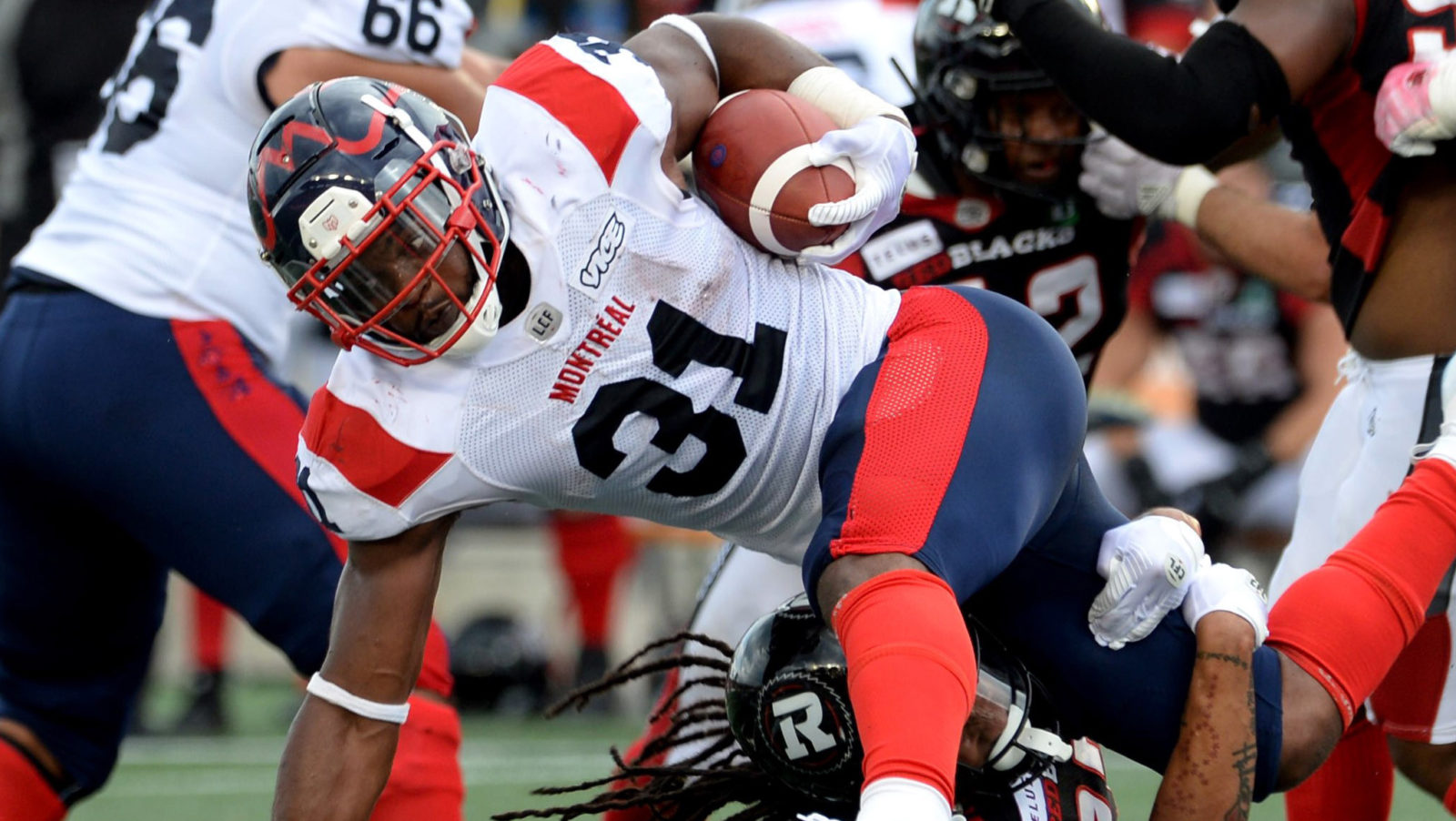 Things have changed, as a two-game winning streak has the Als on the rise in this week’s ranking. They’re also making moves in their division, as a 2-2 record ties them for second place in the East, just two games back of the first-place Tiger-Cats.

Vernon Adams is now 5-2 in his career as a starting quarterback and has taken a firm grasp of the starting job in Montreal. William Stanback has emerged as arguably one of the top running backs in the CFL. And as a team, the Als’ plus-six turnover ratio is the second best in the league.

Can the Alouettes prolong their new-found success? More in the Nissan Titan Power Rankings:

You knew it was going to be a long night for the visiting Argos when Lucky Whitehead returned the opening kickoff 104 yards for a touchdown. The Bombers can win football games in so many different ways and are the most complete team in the CFL through five weeks of the season.

It was Déjà vu for the Eskimos against their former pivot Mike Reilly, sacking him five times while holding their offence to just 177 net yards in a convincing 33-6 victory. Offensively, Esks quarterback Trevor Harris has only been sacked once in 2019, while that unit leads the CFL by a wide margin with 451 yards per game.

Does any one player in the CFL make an impact like Brandon Banks? The receiver/returner continues to amaze, finding the end zone three times including a 115-yard missed field goal return touchdown in a win over Calgary. The Ticats needed to bounce back from a Week 4 loss and are now 4-1 heading to the bye.

Two special teams touchdowns cost the Stamps, who fell to the Ticats despite their defence giving up just 196 net yards on the road. The good news is Nick Arbuckle was impressive for a third straight game. The bad news is he was sacked four times, putting Calgary third-worst in the CFL with 12 sacks allowed.

The dismissal of GM Kavis Reed shouldn’t affect the Alouettes on the field, as they seem to be finding their stride after back to back wins over division rivals. The underlying numbers back up this sudden success, especially on offence where the Als rank fourth in the CFL with 384 net yards per game.

After a strong first half, the REDBLACKS’ defence struggled, allowing four Vernon Adams touchdowns in 30 minutes in a loss to the rival Alouettes. A visit to Winnipeg could provide an accurate reading of where this Ottawa team stands, one that’s had trouble finding consistency on both sides of the ball.

BC just couldn’t get anything going offensively against the Eskimos, failing to find the end zone while being sacked five times in the first 30 minutes of the game. It’s hard to count out any Mike Reilly-led team, but something has to change fast if the Lions are going to bite back in top-heavy West.

Mid-July is usually too early to start talking about must-win games, but this feels like an exception as the Riders and Lions aim to avoid falling further behind the pack when they clash in Week 6. It’s especially a big game for Cody Fajardo, who’s had two great performances and two that were not so good.

Four big plays sunk the Argos in Week 5, including two on special teams as Lucky Whitehead and Charles Nelson almost had Winnipeg up 14-0 without even running an offensive play. At least Derel Walker finally got involved, racking up a career-high 188 receiving yards and two touchdowns in the loss.