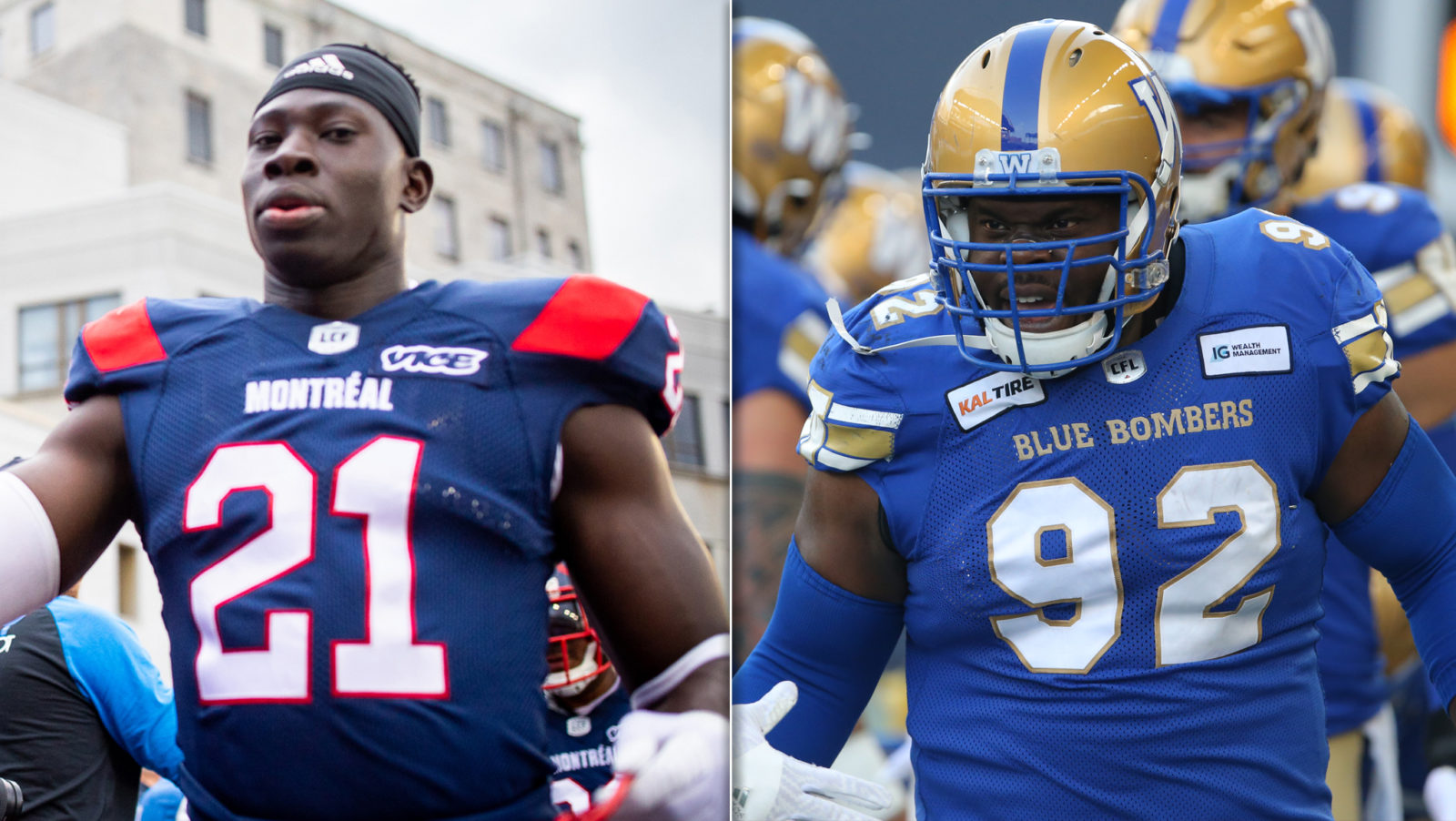 The pair joins a group of other free agent pickups who all grew up in and around the Greater Toronto Area.  On Tuesday, the Argos inked receiver Juwan Brescacin followed by defensive lineman Fabian Foote and offensive lineman Philip Blake.

A five-year CFL veteran, the Cambridge, Ontario native has played all but three of his 65 career games with Montreal after a trade sent Ackie to Ottawa late in the 2018 season.

That season, the 6-foot0-2, 218-pound linebacker was a tackling machine, racking up 88 takedowns (5th best in the league), one sack, two interceptions, one forced fumble and a defensive touchdown in 16 games.

The 6-foot-1, 195-pound defensive tackle came to the CFL in 2015 after being signed by Hamilton but missed the season due to injury. The next season, the Louisiana native play 14 games for the Ticats and record 29 defensive tackles and a career-high five sacks in 2016.

Nevis was drafted by the Indianapolis Colts in the third round of the 2011 NFL Draft and played 14 games over two seasons for the AFC South team. During 2013, the LSU alum played 11 games for Dallas and one game for Jacksonville, running his total NFL games played to 26 with 50 tackles and one sack.

Nevis won a BCS National Championship with LSU in 2007.