Nye: A sneaky good Free Agency signing for every team 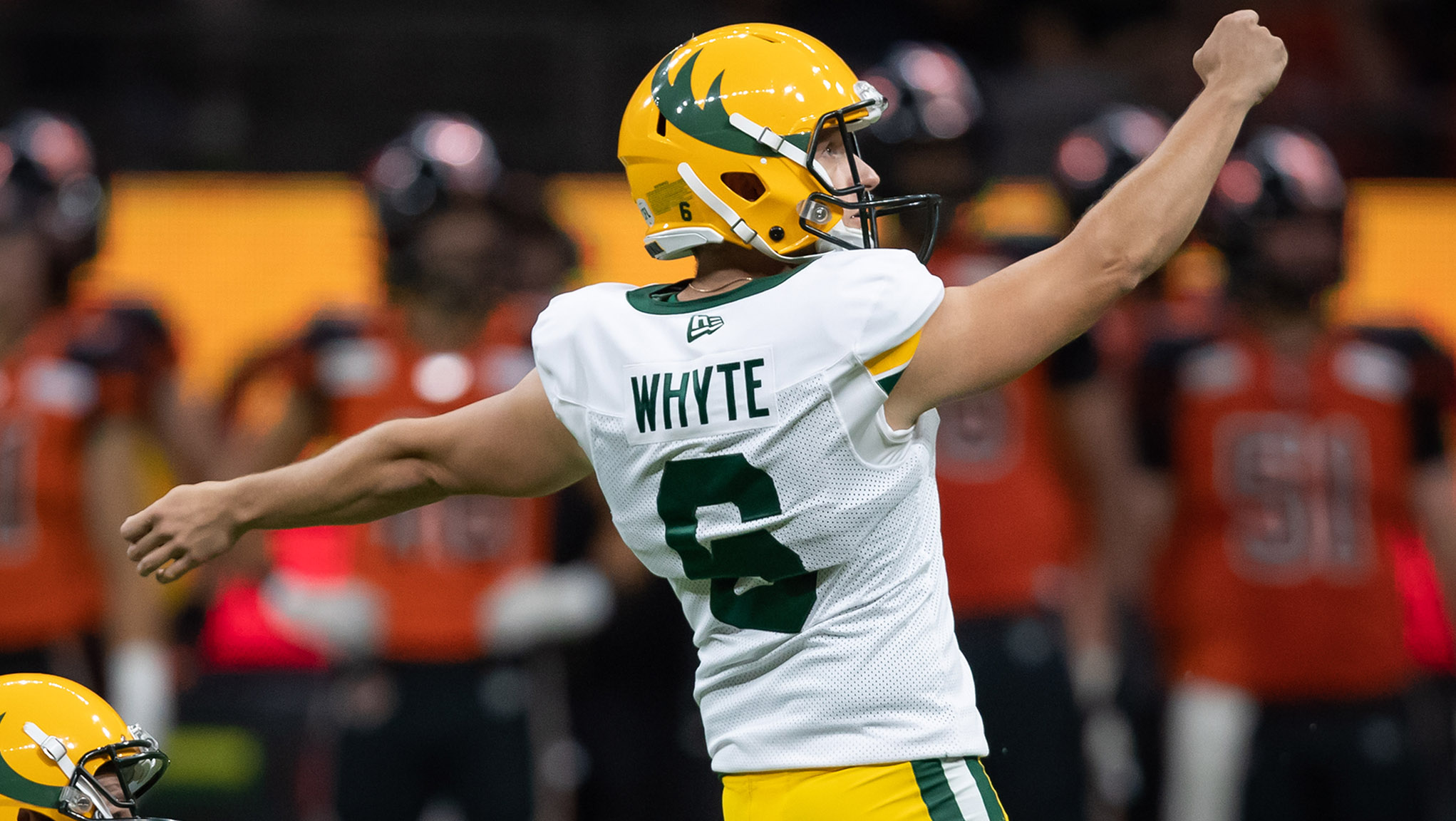 Nye: A sneaky good Free Agency signing for every team

During CFL free agency we’ve seen the major headliners signing with new team. None of them bigger than Andrew Harris to Toronto, unless it’s Brandon Banks to Toronto or how about Ja’Gared Davis also to Toronto?

Oh calm down, REDBLACKS fans, we all know your team signed half the free agents including … I don’t have enough time to list them.

But the thing I like going through is seeing which signings definitely didn’t garner the major headlines but could be major impacts on their new teams.

And in the spirit of fairness, here is one for each team.

The White Rock, B.C. product is back to where it all started by signing in BC. Yes, this is quietly a major signing for the BC Lions as the kicking game in BC cost them a playoff spot.

Two games against the Roughriders, there were easy kicks missed that made a huge difference in the games. The Riders finished with nine wins while the Lions finished with five. Those two games flip over (which I believe they would have if Whyte was kicking in BC in 2021) and it’s 7-7 with the Lions with the tiebreaker.

The Lions kicking acquisition can not be kept quiet. This is one of the best moves of the off-season in the effort to improve the position but kickers don’t get the love they deserve when it comes to garnering the headlines until they miss or kick a game winner.

Lalama sat out the 2021 season with the Montreal Alouettes because of personal reasons and it was out of sight out of mind when the news came he had signed in Calgary.

But in Montreal, when Lalama got opportunities to play, he had games of eight and 10 tackles. He was starting to come into his own as a legit defensive player, rather than a special teams contributor. With the Stamps signing Cameron Judge to hold down a linebacker spot, the Stampeders did very well by signing a capable back-up.

Matt Elam? Who? Maybe only people who follow the Roughriders closely will remember him but in 2018 he became a competent defensive back, who could step into the coverage linebacker role quite well.

Elam didn’t return to Saskatchewan in 2019 with an appearance in the XFL and Indoor Football League during his time away. Elam was a player Chris Jones brought to the CFL and gave him an increased role. He’ll know the system and the expectation and with his professional experience, he could be someone Jones leans on to get the defence off on the right foot. The only hesitation I have is whether Elam can get up to speed from indoor to the CFL. He did put up good numbers with Tuscon in 2021.

The Roughriders were extremely quiet through free agency so I’m picking a player they took in after his release in Ottawa. The Riders offensive line was one of the top priorities to find improvement after they struggled in 2021.

While Saskatchewan fans were eyeing some potential All-Star free agents, they were left a little disappointed not seeing a big splash by general manager Jeremy O’Day.

This is where Rodgers comes in. As a player who could find a role on the right side of the offensive line, if he at all gives the Riders a boost, it’ll be one of the most underrated signings of the 2022 off-season. Could Na’Ty Rodgers become the Jermarcus Hardrick type signing the Bombers made a few years ago that flew under the radar? The Riders definitely hope so.

The Bombers signed few players in free agency including Greg Ellingson and Glass. So in the very soft definition of under the radar signings, we find Glass ahead of Ellingson.

This was an important signing for the Bombers with the amount of players in the secondary they’ve lost over the last two free agent periods. Kyle Walters needed some reinforcements. Glass comes in highly regarded after years in Montreal and Edmonton.

The defensive backfield could have become a major concern in Winnipeg but with Glass’ signing, trying to find a hole in the two-time defending champions is again extremely difficult.

When you’re able to go out and sign a young offensive line prospect, I’m putting it down as a great move. Lawrence has a start at centre in the CFL, along with a handful of others at guard.

So not only did the Argonauts help the depth of their Canadian offensive lineman, they signed a player who is comfortable moving around the offensive line. And after losing Sean McEwen to Calgary, if Lawrence can solidify himself at centre it would be a major boost to the Argonauts for the 2022 season.

Since Darius Ciraco signed in Ottawa and Mike Filer retired, the Tiger-Cats are feeling awfully vulnerable in the middle of the offensive line. In comes Fontana, who was another one to sit out the 2021 season.

Fontana was destined to become the new centre in Ottawa. Coaches and teammates and fans all believed it would happen for him but Fontana opted out of the 2021 season. Now he’s committed with a two year contract in Hamilton he could be an important piece to maintain the status at the top of the East Division.

The offensive line needs to be better if they’re going to beat the Bombers, if it comes to that for a third-straight year, and Fontana could be a long time solution in the middle of their offence.

The pass rush was lacking in Ottawa in 2021 and it needed to be addressed this off-season if the REDBLACKS were going to try and climb the standings.

The issue was the big name players were re-signing with their own teams but when free agency opened, Ottawa was able to lock on to Kwaku Boateng. Boateng is not only a good pass rusher but a ratio breaker as a Canadian DE. On the other side of the line is Lorenzo Mauldin, who once again had to watch Julian Howsare and Ja’Gared Davis shine in Hamilton.

The former third round NFL pick will finally have his opportunity to chase down opposing quarterbacks. I can’t wait to see him with a bigger role as Mauldin could become a much bigger name in the CFL this season.

Sometimes all players need is opportunity. Beverette never got that chance in Hamilton on the defence but he was a fantastic special teams player with 27 special teams tackles in 22 career games.

I always believe if a player is willing to embrace his role on special teams early in their career, there should be no reason an opportunity shouldn’t come on defence.

That’s why I’m excited to see Beverette in Montreal. With Patrick Levels and Money Hunter off to Ottawa, there is definitely going to be holes to fill with the Alouettes.

The 27-year old is reaching the peak of his career and I’m looking at a player who is could become one of the top defensive players in Montreal in 2022.