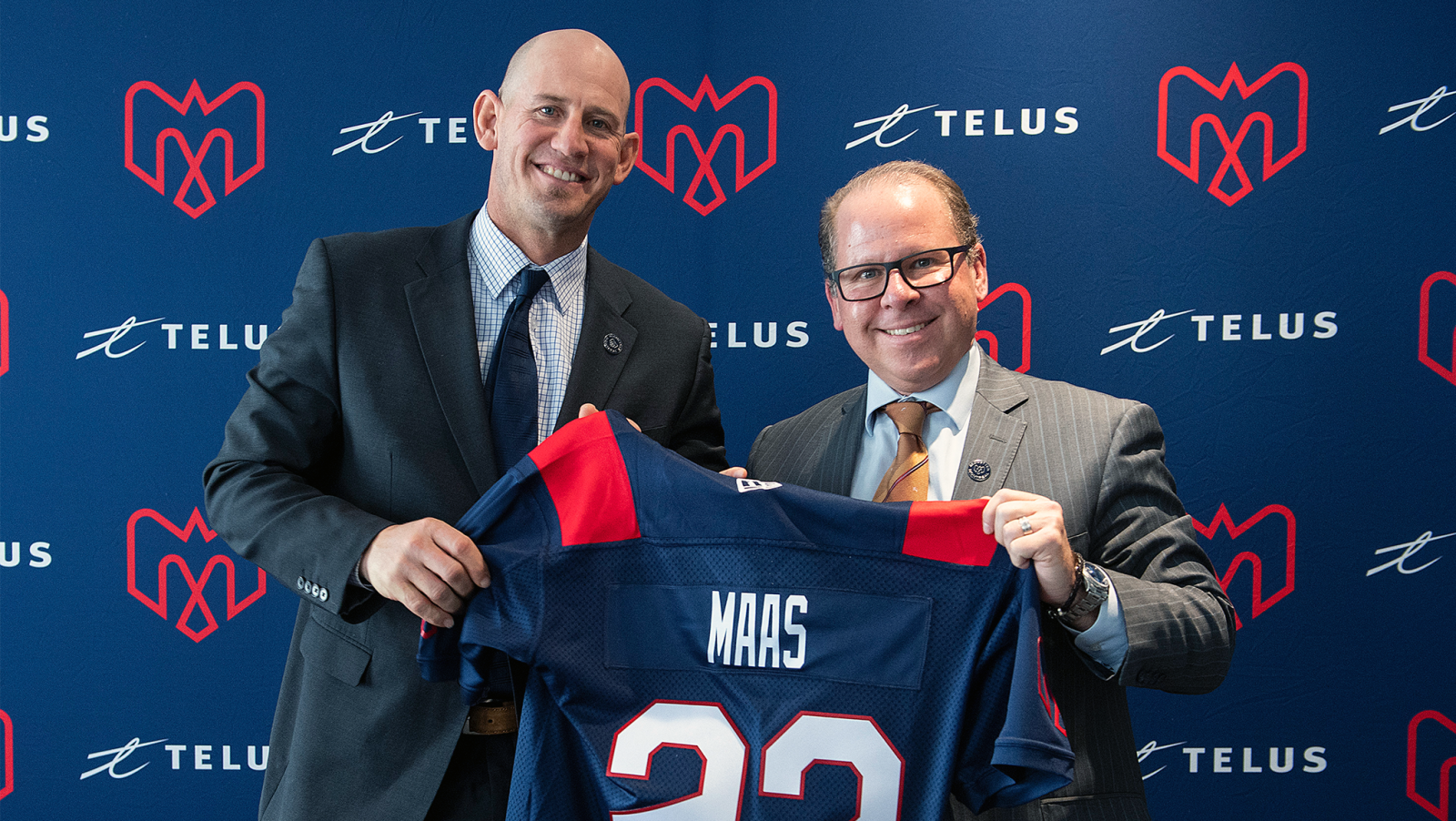 MONTREAL — When Jason Maas learned he’d be the next head coach of the Montreal Alouettes, he got emotional.

Maas served as the Saskatchewan Roughriders’ offensive coordinator for the past two seasons. He was Edmonton’s head coach from 2016-2019, where he compiled a 39-33 record and led the team to the playoffs three times in four seasons.

“To be asked to become the next head coach, I won’t lie. I had a tear in my eye and I felt the emotions well up in me,” Maas told MontrealAlouettes.com’s Joey Alfieri. “And that’s kind of when I knew this is the right spot, this is the right opportunity.” 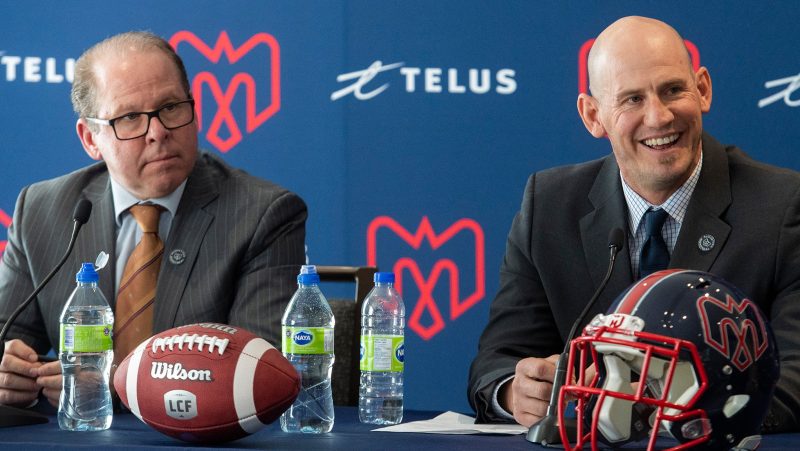 The Montreal Alouettes introduce Jason Maas as the 27th head coach in franchise history. Maas has earned three Grey Cups during his CFL career, two as a player (2003 and 2005) and one as a coach with the Toronto Argonauts in 2012 (The Canadian Press).

“It’s been a long process, about two months,” said Als general manager Danny Maciocia during a press conference to introduce Maas. “We did a lot of due diligence in this process. What’s important for me is to make sure we find the right guy to lead this football team. I think we have a good foundation and I strongly believe that (Maas) is going to take us to that next level.”

Maas admitted he tried to remain stoic during the interview process, not wanting to be disappointed should the Als choose a different candidate. He was overjoyed to have been selected.

“I tried to be as reserved as possible thinking I wouldn’t get the job, so I wouldn’t be disappointed, ” said Maas. “But once you do get it, that excitement, it was pretty awesome and I felt really good about it from that moment.

“Talking to (Maciocia) is very easy for me. His vision, what he’s been able to accomplish here in a short time and what I feel like we can accomplish going forward, I was very excited for. So, ultimately just a great feeling.”

Maciocia also noted during the team’s press conference on Tuesday that coaches Anthony Calvillo, Noel Thorpe, Mike Lionello and Greg Quick will return to the Montreal coaching staff for 2023. The general manager said that he felt it was important to keep their foundation of success together.

Maas added that he is eager to work with the Montreal staff and that he was very impressed by the Alouettes during the 2022 season.

“I’m very excited and with the guys that were here last year, that have built this foundation of success with (Maciocia), I’m very impressed by them,” said Maas. “All of them that I’ve talked to, I’m excited for the opportunity to work with them.”

In addition to his excitement to begin working with a new coaching staff, Maas said that coaching under Maciocia has always been something he has wanted to do.

Maciocia and Maas have a relationship that dates back to 2002, when Maciocia was named Edmonton’s offensive coordinator. Maas spent four consecutive seasons playing for Maciocia, before rejoining the Green and Gold for Macocia’s final season as the team’s head coach in 2008.

The Als’ newest head coach began his CFL playing career one year after a stint with the Baltimore Ravens. The former Oregon Duck played with Edmonton from 2000 to 2005, winning the Grey Cup with Maciocia in 2003 and 2005. In 2001 and 2004 Maas was named Edmonton’s Most Outstanding Player. He then moved to Hamilton in 2006 and 2007 before joining the Alouettes and finishing his career with Edmonton, playing four years in the West.

Reflecting on the interview process, Maas explained that it was a similar process to past coaching interviews, serious and rigid, but that there was an added element of comfort due to his relationship with Maciocia.

“The interview process completely was comfortable for me obviously,” said Maas. “Someone that you know calls you and asks you about an opportunity. You’re flattered first of all because there’s only nine jobs in our league and so in order to get one and to be interviewed for one is pretty special.

“It was just like any other interview I’ve had for football, very serious, you know, talking about a lot of different things. Whether you’re qualified for it and the vision you have for it. But comfortable because of the relationship we’d had previously.”

Maciocia also mentioned how impactful the time he spent with Maas in the early 2000s was, but was quick to point to his accomplishments as a coach in the CFL.

“(Maas) and I obviously have a history that dates itself back with Edmonton back in the day,” said Maciocia.

“When you take a look at his body of work, and not only as a player, but in particular as a coach the last few years, he’s coached players like Ricky Ray, (Micheal) Reilly, Henry Burris, Trevor Harris. He’s had success everywhere he has been for the most part.”

Maas began his coaching career in 2012 with the Toronto Argonauts as a quarterbacks coach for three seasons, hoisting the Grey Cup in his first year with the team. The 47-year-old coach also served one season as the offensive coordinator for the Ottawa REDBLACKS in 2015 before joining the Edmonton staff a year later.

When asked what he believes Maas will add to the Alouettes, Maciocia acknowledged the character of his new head coach.