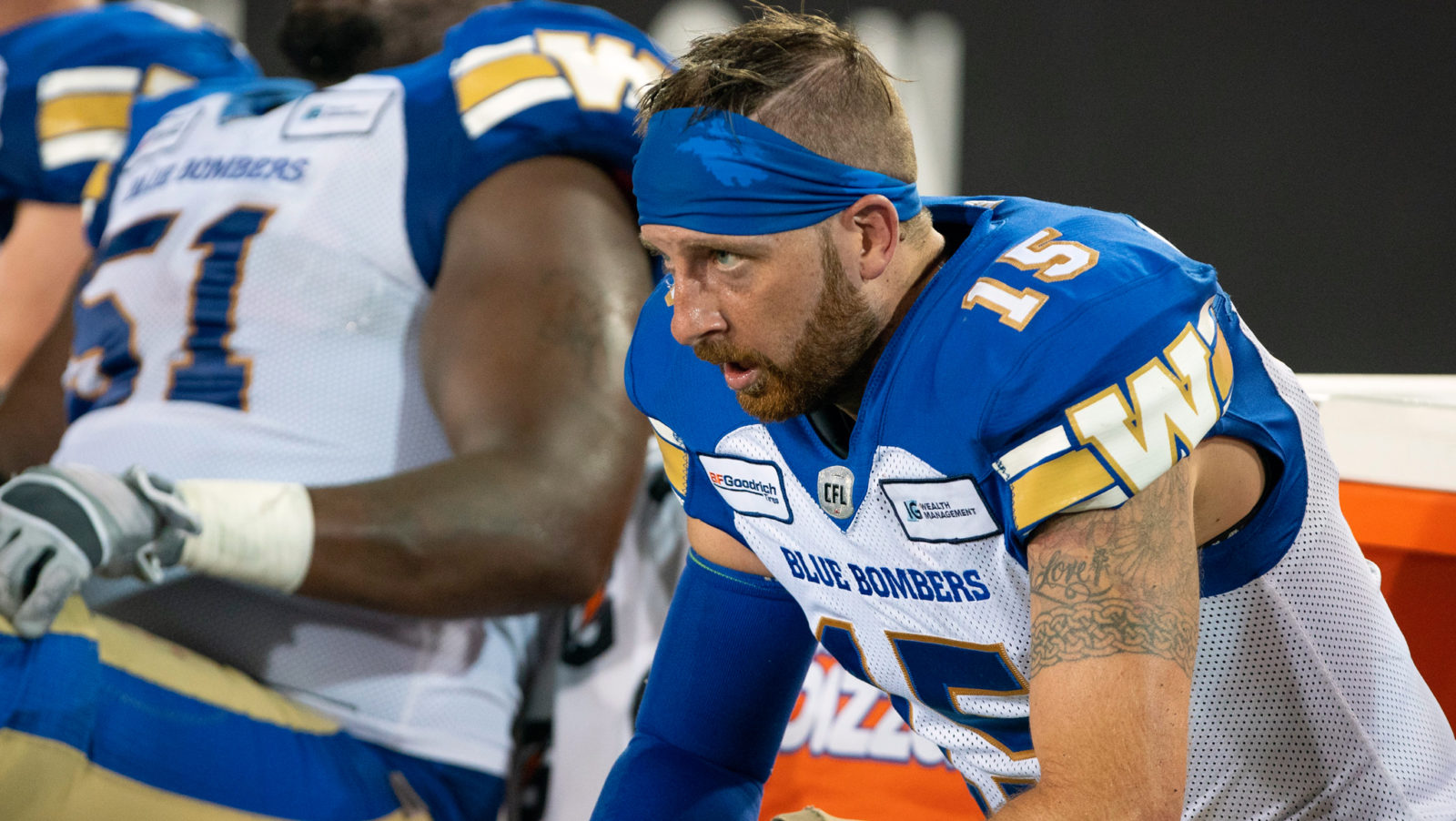 TORONTO — The pursuit of perfection is over for the Winnipeg Blue Bombers, but is there cause for concern in the Manitoba capital?

Despite an injury to Ticats star quarterback Jeremiah Masoli, the Bombers simply had no answer for the Ticats in Week 7, as Matt Nichols was intercepted three times while the Bomber offence amassed just 324 yards en route to a 23-15 loss.

With Masoli sidelined for the season, the Bombers remain in the driver’s seat with a 5-1 record and the top spot in the highly-competitive CFL West Division.

But heading into a Week 8 clash with the Argos, the question remains: was their loss over the weekend merely a minor setback, or were cracks in the armour revealed?

Turnovers doomed the Bombers in their first loss of the season after holding the Ticats to just 205 yards of offence. While injuries could test Mike O’Shea’s club (Darvin Adams and Drew Wolitarsky join a growing list) in the future, a bounce back is on the horizon with a visit to Toronto.

Without the injury to Jeremiah Masoli, the Ticats would have taken over the No. 1 start following a masterful performance against the previously-undefeated Bombers. There are just too many unknowns when it comes to Dane Evans, and at this point it’s no guarantee the Ticats hold on to win the East.

The CFL’s top-ranked defence was at it again in Week 7, chasing McLeod Bethel-Thompson from the game while holding the Argos to just 185 yards of offence in a 26-0 shutout. If they can just score touchdowns in the red zone — currently last in the CFL at 47 per cent — the Esks will challenge Winnipeg for the West.

The Stamps had the edge all game over the REDBLACKS, racking up 473 yards of offence and 37 minutes of possession, but turnovers and an inability to score touchdowns made them sweat it out ’til the end. Whatever the case, the Stampeders are finding ways to win despite the absence of franchise quarterback Bo Levi Mitchell.

Without even taking the field in Week 7, the Alouettes watched their window to win the East open up when Ticats pivot Jeremiah Masoli suffered a season-ending injury. Boasting the CFL’s third-ranked offence (374.4 yards per game), can Vernon Adams and the Als pick up where they left off before the bye week?

Led by unlikely star Cody Fajardo and a trio of weapons in Kyran Moore, Shaq Evans and William Powell, Craig Dickenson appears to have found the winning formula in his first head coaching gig. How will the Riders fare against teams not named Toronto or BC? A fair question entering a tough test against stingy Hamilton.

With Brad Sinopoli more involved and Dominique Davis reportedly set to return, things are looking up for the REDBLACKS entering a critical clash with the Montreal Alouettes. Caught in a four-game losing streak, Friday’s matchup presents an early-season turning point for Rick Campbell’s club.

This was not the return to Vancouver that Mike Reilly envisioned. The Lions have given up 25 sacks in just seven games this season, including four more in Week 7 vs. Saskatchewan. Expect some adjustments throughout the bye week, as the team has already acquired international lineman Justin Renfrow in a trade with Calgary.

Is a quarterback change in the works for the Argos? While Corey Chamblin’s defence rounds into form, the struggles continue on the offensive side, where McLeod Bethel-Thompson was pulled twice in a 26-0 shutout loss to the Eskimos. At least Derel Walker is finally getting consistent targets.