Checking Down: Defenders returning in Edmonton 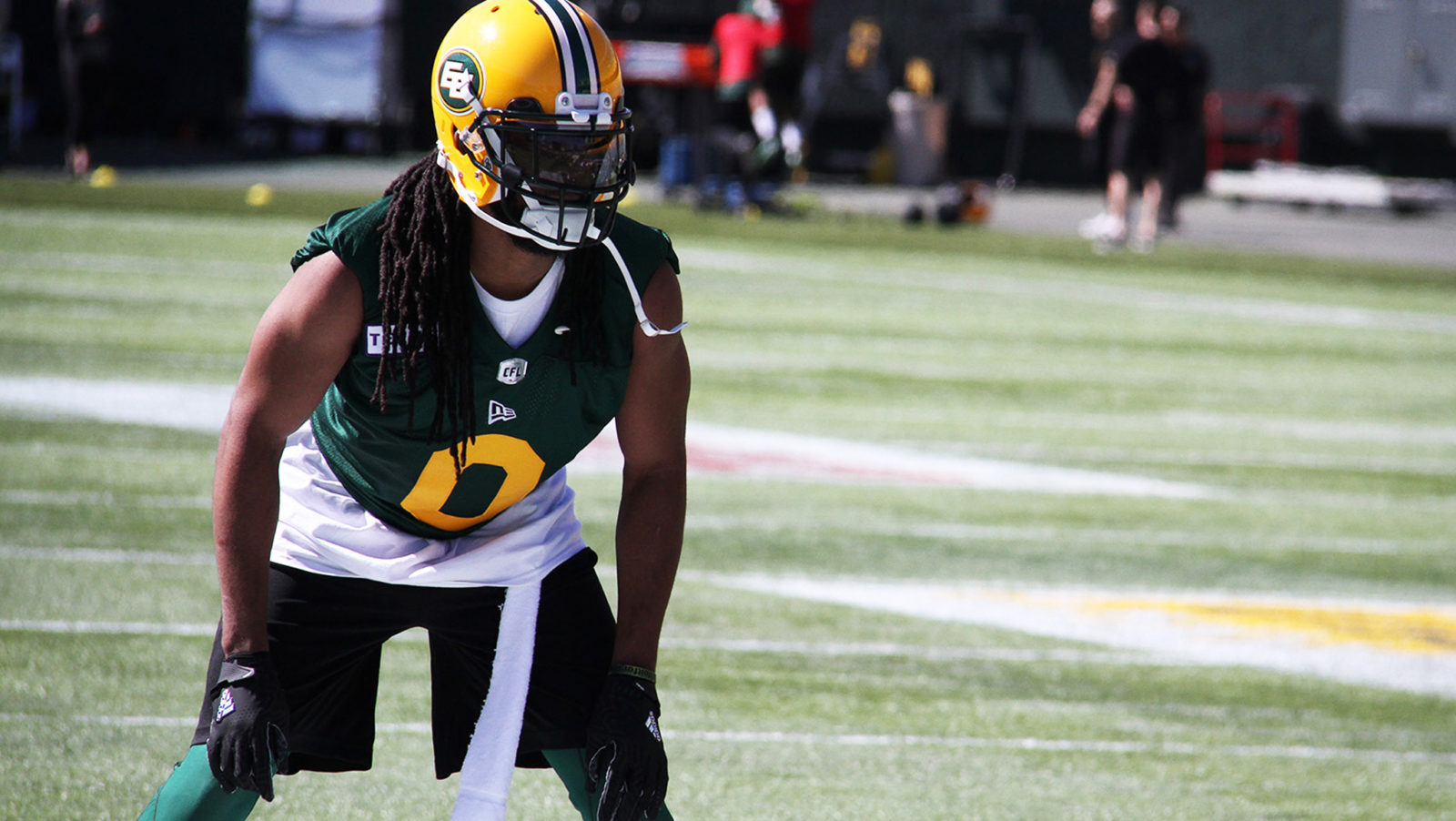 Checking Down: Defenders returning in Edmonton

TORONTO — The Edmonton Eskimos have a few extra pieces of their defence ready to return in Don Unamba and Anthony Orange.

Despite early reports looking positive, Bo Levi Mitchell will not return this week for the Stampeders.

Plus, a trade between the Esks and Riders has both teams happy with their returns.

The latest news and notes from Week 9 in this week’s Checking Down: 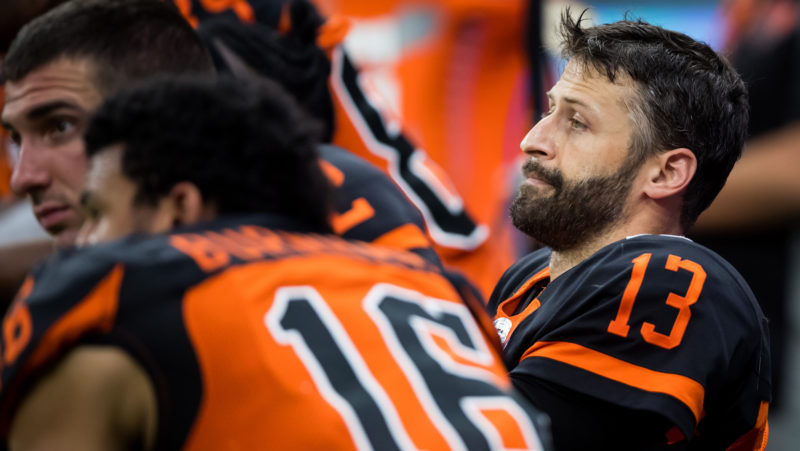 Coming off the bye, Mike Reilly and co. hope to leave Hamilton with their second victory of the season (The Canadian Press)

– Following a bye week, the BC Lions come into action looking to avoid their fourth straight loss when they take on the Hamilton Tiger-Cats (CFL.ca).

– Mike Reilly knows a thing or two about overcoming adversity and with his Lions at 1-6, coming back from a bye is the perfect reset button (Matt Baker, BCLions.com).

– Peter Godber is on the six-game injured list while Sukh Chungh is back at right guard and Justin Renfrow took most of the reps at right tackle at practice on Monday (Farhan Lalji, TSN). 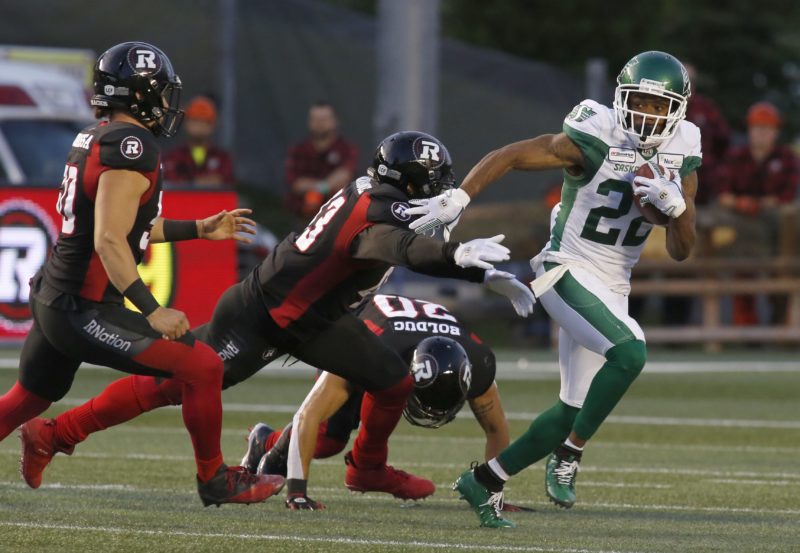 Christon Jones will take over return duties for the Eskimos with the injury to Martese Jackson (Patrick Doyle/CFL.ca)

– The Edmonton Eskimos acquired returner Christon Jones in a trade with the Roughriders in exchange for receiver Kenny Stafford (CFL.ca).

– With an injury to return man Martese Jackson, Jones will assume the duties and according to special teams coordinator A.J. Gass, the former Rider fits in with what the team wants in a returner (Dave Campbell, 630CHED).

– He’s missed the last six games with an injury and now linebacker Don Unamba is ready to get back into game action this week (Esks.com).

– Along with Unamba, the Esks are also getting another big piece of their defence back with defensive back Anthony Orange ready to play this week (Esks.com).

– Have Unamba and Orange back in the lineup bolsters an already stellar defence in Edmonton (Gerry Moddejonge, Edmonton Sun).

– The team announced that Chris Presson was named the Eskimos president and CEO on Wednesday (Esks.com).

– Bo Levi Mitchell appears to be close to returning to action as the quarterback was back at practice on Wednesday (CFL.ca).

– Despite Mitchell making steps in the right direction, the Stamps will continue to roll with Arbuckle this weekend against Winnipeg (CFL.ca).

– Nick Arbuckle is continuing to win, helping the Stampeders climb the ranks filling in for Mitchell (CFL.ca). 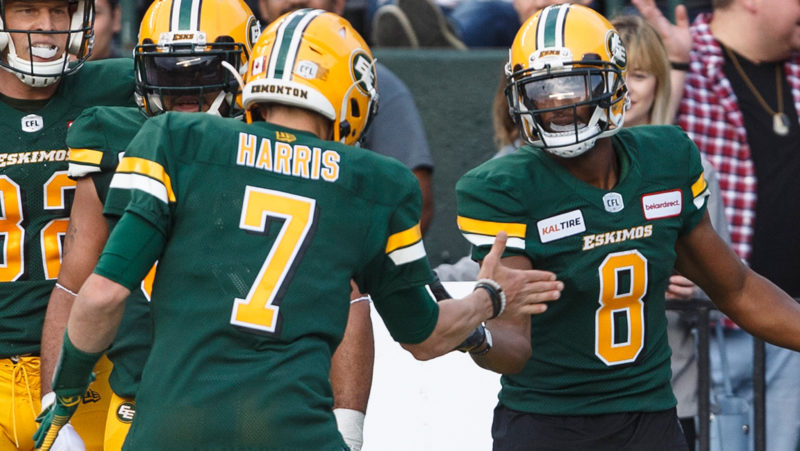 – The Roughriders acquired receiver Kenny Stafford in a trade with the Edmonton Eskimos in exchange for returner Christon Jones on Monday (CFL.ca).

– Micah Johnson is day-to-day, the team is hopeful he can play on Friday, while Zack Evans is on the six-game injured list (Claire Hanna, CTV Regina).

– After two straight losses on their Eastern road swing, the Winnipeg Blue Bombers are aiming to get back in the win column against the Stampeders in Week 9 (Jim Morris, CFL.ca).

– Defensive end Jackson Jeffcoat‘s status was still being assessed earlier this week by the team meaning Jonathan Kongbo will continue to get defensive snaps in rotation with Willie Jefferson and Craig Roh (Ed Tait, BlueBombers.com).

– The Bombers placed Jeffcoat on the six-game injured list on Wednesday (CFL.ca). Simoni Lawrence returns to the lineup this week after serving his two-game suspension (Johany Jutras/CFL.ca)

– Linebacker Simoni Lawrence returns to the lineup this week after serving his two-game suspension and the team is excited to have his infectious personality back (Steve Milton, The Hamilton Spectator).

– With an injury to rookie running back Maleek Irons, Cameron Marshall comes off the practice roster as his replacement (Steve Milton, The Hamilton Spectator). 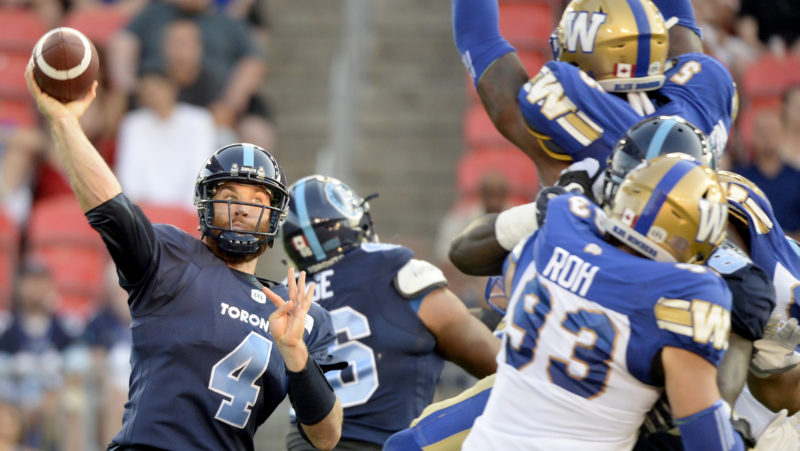 – After a 20-point comeback and a last minute touchdown, there was something special about the Argos’ first win of the season (Matthew Cauz, CFL.ca).

– That 20-point comeback was orchestrated by QB McLeod Bethel-Thompson and it earned the pivot Top Performer honours (CFL.ca).

– While the perfect scenario would be to have newly acquired Zach Collaros starting for the Argos right away, the team isn’t ready to put a time frame on his debut (Chris O’Leary, CFL.ca). 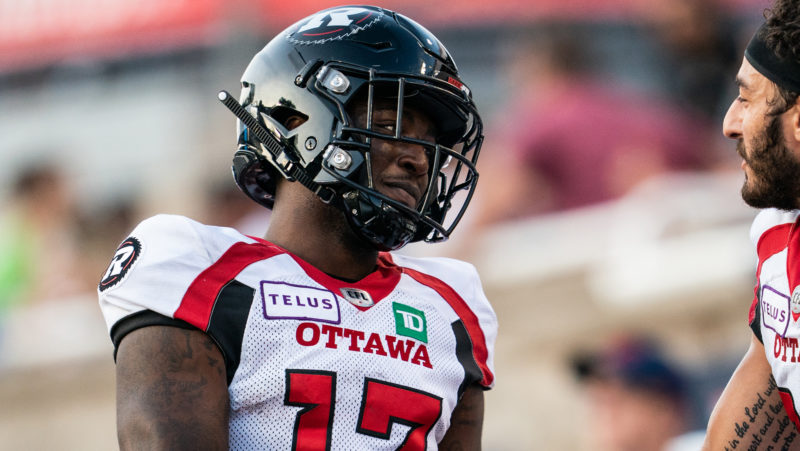 DeVone Dedman made a name for himself last week with two special teams touchdowns (Johany Jutras/CFL.ca)

– R.J. Harris is on track to return for the REBLACKS on Friday while Dedmon will play some at receiver (Tim Baines, Ottawa Sun).

– Antoine Pruneau (wrist) has been cleared by doctors and was practicing on Tuesday (Tim Baines, Ottawa Sun).

– Despite Pruneau’s original diagnosis keeping him sidelined for a month and a half, the REDBLACKS safety is hopeful to return on Friday (Tim Baines, Ottawa Sun). 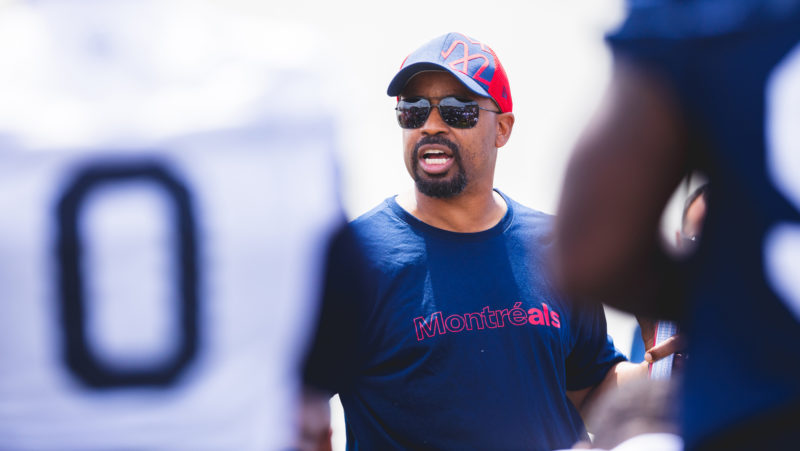 Khari Jones has a decision to make regarding who will start behind centre this weekend (MontrealAlouettes.com)