Checking Down: As camp winds down, competition heats up 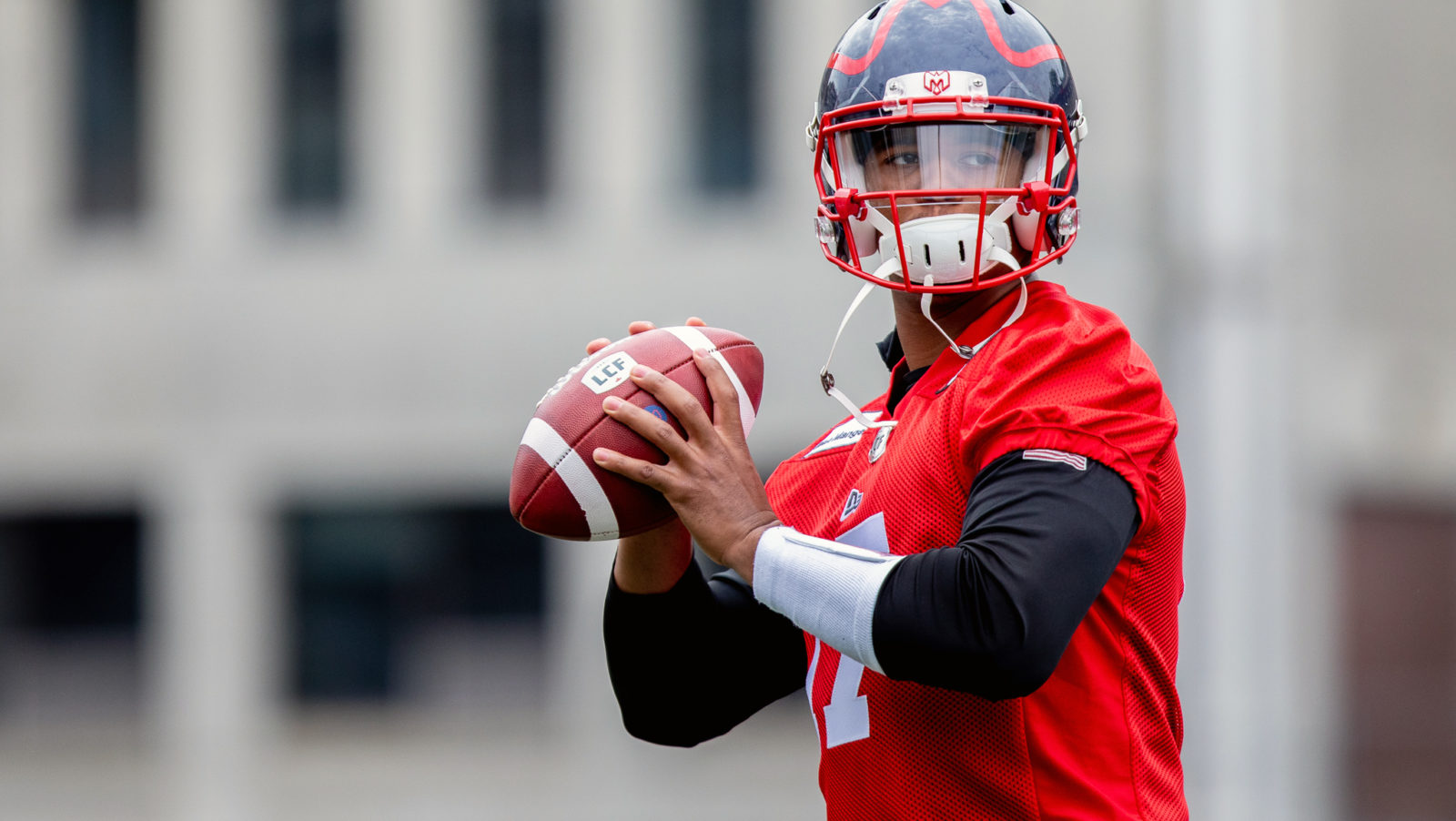 Checking Down: As camp winds down, competition heats up

TORONTO — Just one week of pre-season remains as 2019 kickoff is on the horizon.

As teams begin to make cuts ahead of Saturday’s roster deadline, new names across the league are making their case to stick around.

Meanwhile, as quarterback duels continue to shape up, the Alouettes’ contest appears to be wide open. 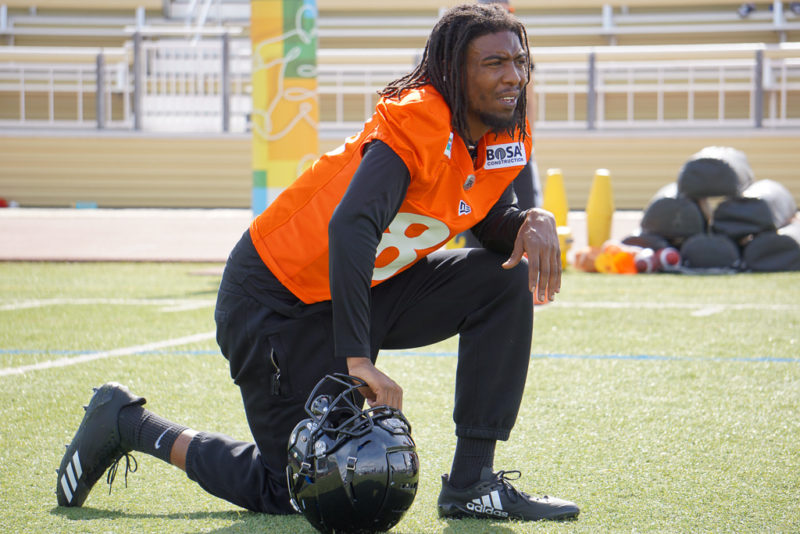 Duron Carter is appreciating the opportunity to be himself with his new team (BCLions.com)

– After a whirlwind 2018, Duron Carter is making the most of his new opportunity with the BC Lions (Matt Baker, BCLions.com).

– Shaun Wick and global defensive end Octavio Gonzalez were among 13 cut by the Lions Tuesday as they trim down their roster (CFL.ca).

– Lemar Durant is getting ready for his first season with the Leos, and he has some lofty goals, including hitting 1,000 yards for the first time in his CFL career (Ed Willes, The Province) .

– Whether it was his 63-yard punt return touchdown in pre-season action last week or the 104-yarder to the house when he was with the Tiger-Cats, Shakeir Ryan knows how to make the most of his opportunities (Matt Baker, BCLions.com). 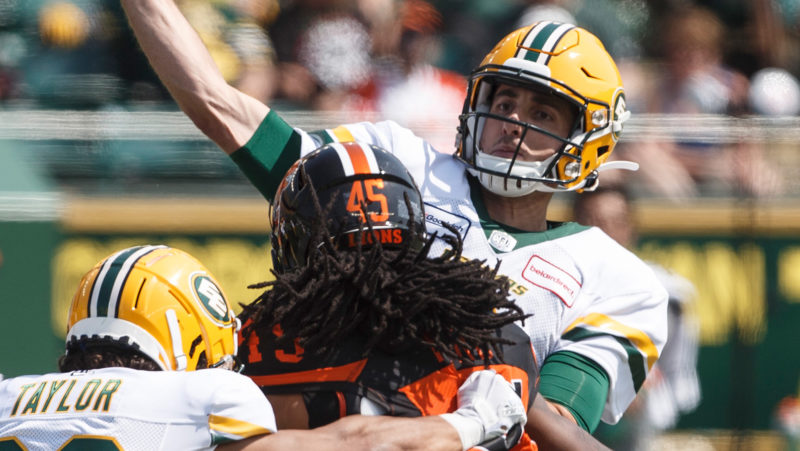 – With their pre-season complete, the Esks have released a number of players including veteran fullback Alex Dupuis, offensive lineman Qadr Spooner and defensive back Mikael Charland (CFL.ca).

– After the team’s final pre-season contest, the Eskimos parted ways with quarterback Danny O’Brien, who was in the running for the backup spot behind Trevor Harris (CFL.ca).

– With the release of Danny O’Brien, the Eskimos didn’t just lose a quarterback, they also lost their holder (Gerry Moddejonge, Edmonton Sun).

– National receiver Anthony Parker will miss the rest of the 2019 season after sustaining a ruptured right Achilles (CFL.ca).

– Linebacker Jovan Santox-Knox hit the practice field for the first time in training camp and is ready to get to work with his new teammates (Esks.com).

– Don Unamba’s transition to SAM (strong-side) linebacker started off as a joke, but it seriously changed his professional football career (Esks.com).

– What does Stamps backup Nick Arbuckle have in common with NFL quarterbacks Jared Goff and Patrick Mahomes? The answer may be an eye-opener (Kristen Anderson, Calgary Herald).

– Though the starting job is settled, Stamps running back LaDarius Galloway is making a strong case to make the roster out of camp (Kristen Anderson, Calgary Herald).

– After months of preparation, Montell Cozart finally got to show what he’s capable of in the Stampeders’ pre-season opener (George Johnson, Stampeders.com).

– The Riders are being extra cautious with Solomon Elimimian as he deals with an injured calf (3 Down Nation).

– The Grind went global this off-season as Brodie headed to Germany for a speed workout with Riders receiver Max Zimmerman (CFL.ca).

– After sitting the pre-season opener, Zach Collaros is expected to see a high number of reps when the Riders close out their exhibition slate on Thursday (Murray McCormick, Regina Leader-Post).

– K.D. Cannon continues to stand out among Riders receivers at camp, as the second-year pass-catcher looks to lock up a starting role (Murray McCormick, Regina Leader-Post).

– It may seem a little unconventional, but receiver Naaman Roosevelt is using basketball to help him on the football field (Murray McCormick, Regina Leader-Post).

– 2019 first-round draft pick Justin McInnis hit the field for the first time on Monday as he hopes to catch on in the Riders receiving corps (Riderville.com).

– With Chris Streveler pending free agency next year, the backup quarterback’s development this year could make for a difficult decision in Winnipeg (Ted Wyman, Winnipeg Sun).

– What does it mean to Jake Thomas to be the Bombers’ longest-serving veteran? The eighth-year defensive tackle weighs in (Ed Tait, BlueBombers.com).

– The Winnipeg Blue Bombers didn’t create much buzz this off-season but as The Waggle’s Davis Sanchez points out, don’t mistake that silence for weakness (The Waggle).

– After sitting the first pre-season game, quarterback Matt Nichols will play on Thursday as the Bombers head to Saskatchewan (Ed Tait, BlueBombers.com).

– Charles Nelson, who’s hoping to win a job as a returner, suffered an injury in practice on Monday and appears doubtful for Thursday’s game (Darrin Bauming, TSN 1290).

– The Bombers have released 2017 draft pick and defensive back Abu Conteh.

– The Ticats have announced they will stream the team’s pre-season finale vs. Toronto, available through the free-to-register Ticats All Access program (Ticats.ca).

– There is no doubt that Jeremiah Masoli is the starting pivot for the Tiger-Cats. However, they may have something special with youngster Hayden Moore (Don Landry, CFL.ca). 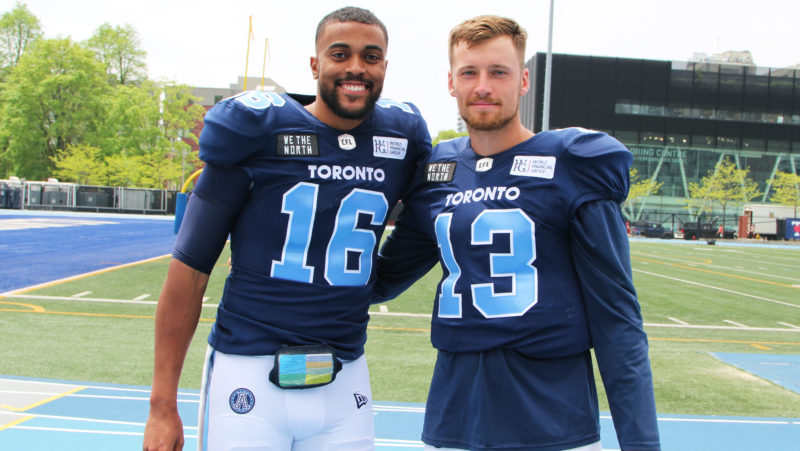 Canadian QBs Brandon Bridge (left) and Michael O’Connor (right) are ready to take advantage of the opportunity in front of them (Shannon Vizniowski/CFL.ca)

– In an offence planning to ‘air it out and take shots down field’, 12-year veteran S.J. Green is intrigued by the Argos’ potential this year (Frank Zicarelli, Toronto Sun).

– After a lack of defensive takeaways in 2018, free agent signing Kevin Fogg could help change that in his first year in Toronto (Frank Zicarelli, Toronto Sun).

– The opportunity for Canadian quarterbacks has never been greater and Argos Brandon Bridge and Michael O’Connor are ready to take advantage (Chris O’Leary, CFL.ca).

– It’s only pre-season, but last week’s debut was a big success for the Argos’ quarterbacks, especially as they get acclimated to a new offensive coordinator (Chris O’Leary, CFL.ca).

– The Ottawa REDBLACKS have decided on the quarterback that will open the season under centre, naming Dominique Davis the starter (CFL.ca).

– After being named the starting quarterback, Dominique Davis is relishing in the moment that he said he has waited a long time for (Tim Baines, Postmedia).

– The REDBLACKS added linebacker Drew Morris to the roster on Tuesday, who is an Ottawa native (Tim Baines, Postmedia). 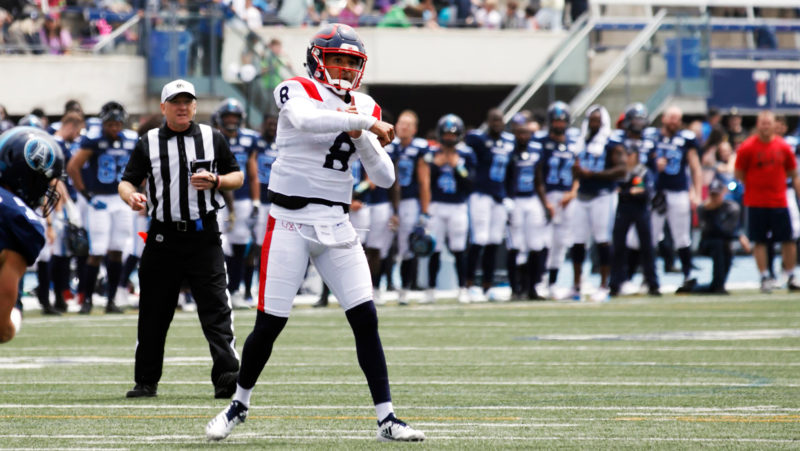 Vernon Adams Jr. is using his team’s loss against the Argos as a chance to learn (The Canadian Press)

– While the quarterback battle makes headlines, there are plenty of other position battles as Alouette camp winds down, including in the secondary (MontrealAlouettes.com).

– The CFL and the Montreal Alouettes have announced that the league has taken over ownership of the team (CFL.ca).

– They didn’t go home to Montreal with a win but the Alouettes quarterbacks are using their pre-season loss against the Toronto Argonauts as a learning opportunity (CFL.ca).