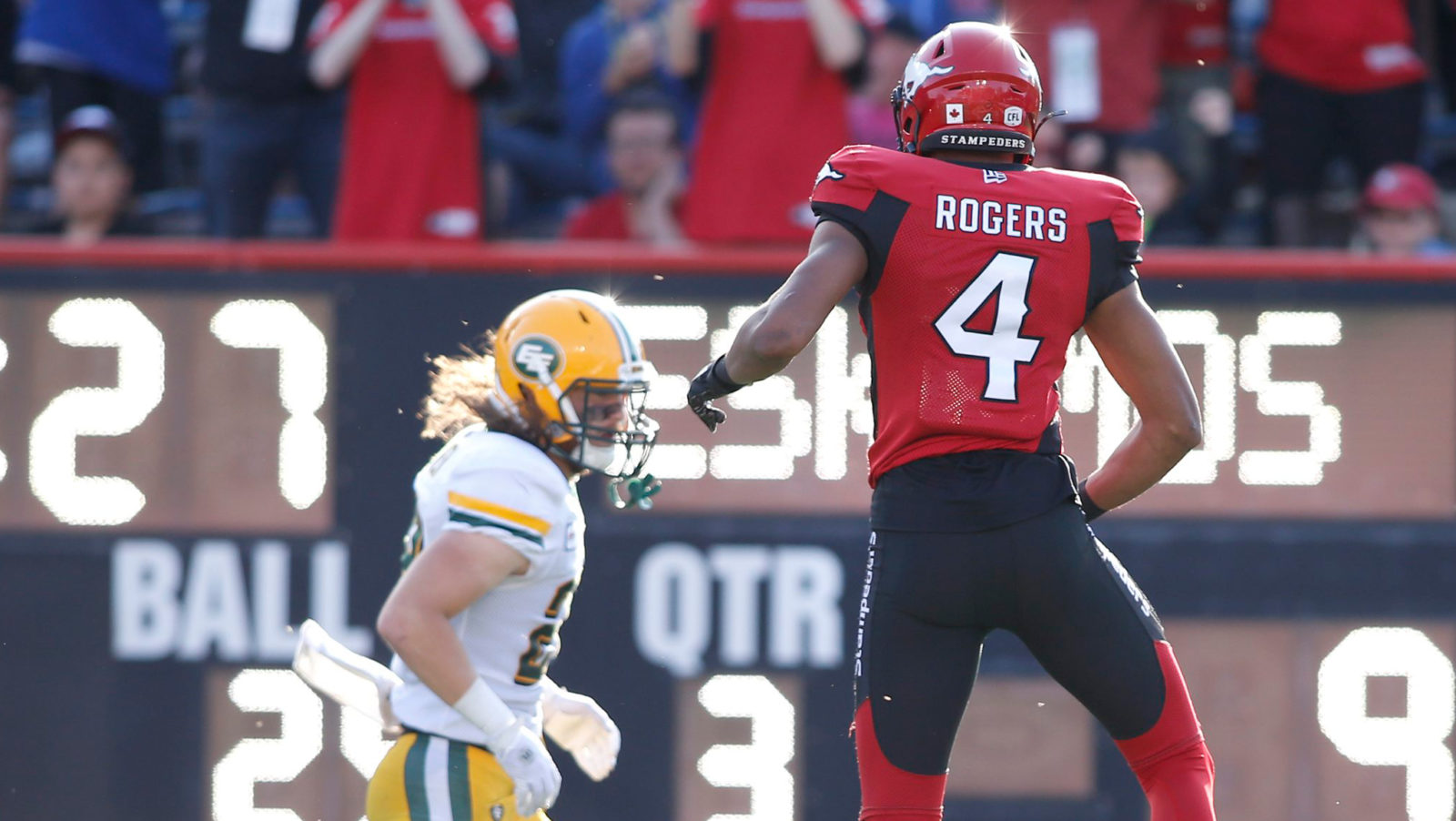 TORONTO — After seven weeks of Winnipeg dominance, the Nissan Titan Power Rankings have a new leader.

The Calgary Stampeders are back on top after winning the Battle of Alberta, joining the Winnipeg Blue Bombers and Hamilton Tiger-Cats at the top of the CFL standings and asserting their presence as a contender in the tightly-contested West Division.

There were plenty of reasons to count the defending Grey Cup Champions out in 2019, from an early-season injury to Bo Levi Mitchell to a revolving door at running back to a defence missing two-thirds of its starters from last season, not including defensive coordinator DeVone Claybrooks.

Yet two months into the season the Stamps are strong in virtually every area. The team sits second in the CFL with a plus-eight turnover ratio, the defence is allowing just 328 yards per game (fourth in the CFL) and first-time starter Nick Arbuckle has completed 73 per cent of his passes while winning four of his five starts.

The Stamps keep finding ways to win. On Saturday, in the first rendition of the Battle of Alberta, Calgary was outplayed by the rival Esks, but a 103-yard kick return touchdown by Terry Williams made the difference. The most telling statistic: The Stampeders currently lead the CFL with 22 takeaways, resulting directly in 74 points.

That’s two in a row the Bombers let get away, falling to the Ticats despite Jeremiah Masoli‘s injury before blowing a 20-0 lead vs. the Argos in Week 8. Fans of the Blue and Gold hope a disappointing trip east won’t be the turning point in their season, especially with a first-place matchup against the Stampeders on tap.

After two-and-outs on seven of their first 10 possessions, the Ticats and sophomore quarterback Dane Evans finally settled in against the Riders, even taking the lead in the fourth quarter. With Masoli out for the season, Evans will need to show growth if the Ticats are going to compete for a Grey Cup.

Trevor Harris almost completed a late-game comeback vs. the Stamps, leading the offence to the 17-yard-line before one last attempt fell incomplete. Despite losing, the Esks nearly doubled their rival in net yards, and their peripherals suggest this is a very good football team, currently leading the CFL both in yards for and against.

Cody Fajardo‘s dive to the pylon was the game-winning touchdown and likely a signature moment in the Riders’ season. The 27-year-old is here to stay after the club traded veteran Zach Collaros, while the Riders have won three straight games and four of their last five. This team has become a dark horse in the West if not a contender.

Vernon Adams got hurt, Antonio Pipkin was inaccurate and the offence abandoned the run in an overtime loss to the REDBLACKS in Week 8. Can the Als win without Big Play VA? Adams was the catalyst for the team’s success this season, but there’s plenty to like about Montreal on both sides of the ball.

The offence struggled in Dominique Davis‘ return, but two DeVonte Dedmon return touchdowns and some clutch kicking from Lewis Ward (as always) helped the REDBLACKS steal one in overtime. The East is up for the taking, but Ottawa will need better play from the quarterback position after managing just 241 yards of offence.

After improving defensively throughout the 2019 season, it was the offence coming through in the second half of a thrilling comeback win over Winnipeg. McLeod Bethel-Thompson threw for 343 yards and three touchdowns to erase a 20-point deficit for the win at BMO Field, pulling the Boatmen from the deepest depths of the power rankings.

As the rest of the West pulls away, every game becomes a must-win for the struggling BC Lions. A little time off can’t hurt, and the same goes for some adjustments up front with the addition of American offensive tackle Justin Renfrow from Calgary. The Ticats, without Jeremiah Masoli, present a winnable matchup for Mike Reilly and co.