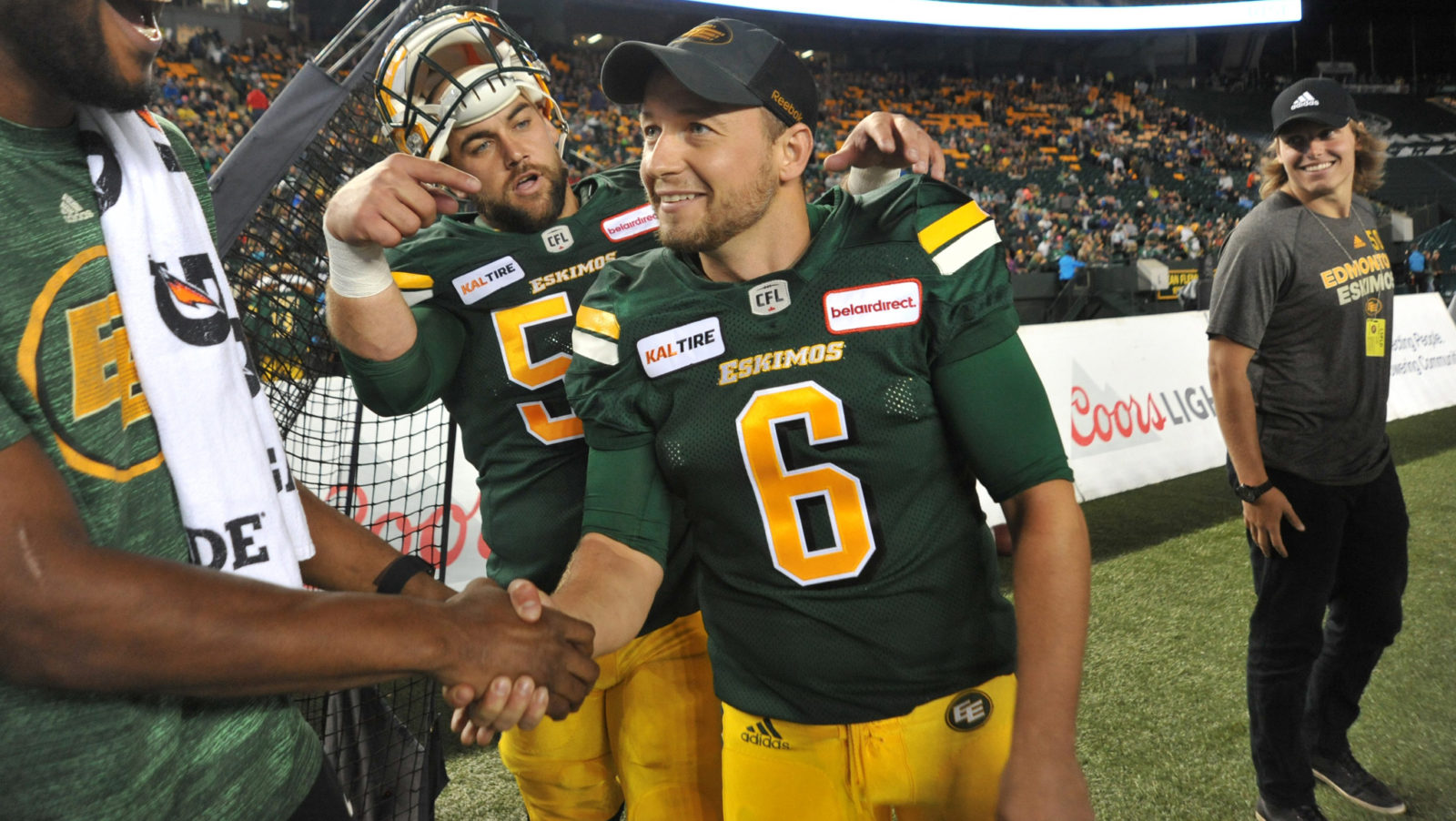 TORONTO — The dominance of the CFL West Division continues through the first eight weeks of the season, with the top four teams in the Nissan Titan Power Rankings falling between BC and Ontario on the map of Canada.

Maybe it’s something in the prairie water with Calgary, Edmonton, Winnipeg and Saskatchewan all proving capable of contending in the West, while part of it has to do with the inconsistency of the top teams in the East.

As the Alouettes fall through the cracks, the REDBLACKS, Ticats and Argos have all shown flashes but can’t get it together on a week-to-week basis.

Still, the picture is far from complete. Only two wins separate six teams in the league right now, with plenty of parity across the league.

Among all the things the league-leading Stampeders do well, the biggest impact on their 7-0 record has come from the turnover department. They’ve won the turnover battle outright in all seven games, leading the CFL with a differential of plus-17 — that’s 10 turnovers clear of second-place Winnipeg for those counting.

One of the least-talked about storylines in the league this season has been the Eskimos’ ability to overcome injuries on defence. Despite the absence of Johnny Adams, Forrest Hightower and Adam Konar, among others, Mike Benevides’ defence has given up exactly 20 points per game the last six contests. Elite territory.

Dangerous in all three phases, the Winnipeg Blue Bombers have put up 38 or more points in four of seven games this season, putting them at the top of the CFL with an astounding 34.1 points per game. Chasing down Calgary seems unlikely, but there’s no reason the Bombers can’t host a playoff game for the second straight season.

The Riders’ defence ranks third in the CFL in takeaways (15), second in yards (309.3) and is one off the league lead in sacks (16). That is downright dominant, and if Zach Collaros and Duron Carter can lift the offence to league average, the Riders will be a difficult opponent for any team in the CFL.

Just when it looked like the East Division might have its first potential powerhouse in quite a few years, the REDBLACKS cough up a 24-point lead to fall to the Argos. Suddenly the East is a wide open race, with only two wins separating first-place Ottawa and third-place Toronto.

On paper the Ticats have the mark of an elite team, clearing the rest of the CFL by a figurative mile in yards per game (479.8) as the league’s most productive offence. If Jeremiah Masoli and co. can finish drives with any regularity, there’s a very good chance the Eastern Final will be played at Tim Hortons Field in November.

Travis Lulay is showing flashes of his old self since returning to the lineup, but time is of the essence in the highly-competitive West, where the gap is in danger of growing. A win vs. the Eskimos this week could make for a very interesting race, but otherwise, the Lions risk digging themselves a very deep hole at 2-5.

Last week’s monumental comeback from 24 points down was exactly the spark the Argos needed following a 1-5 start. The season truly starts in Week 10 for the Boatmen, who play East Division opponents in seven of their last 11 games with a chance to climb back up the standings. The emergence of McLeod Bethel-Thompson could loom large.

Not surprisingly, Johnny Manziel is not a magic cure-all solution for the struggling Montreal Alouettes. Manziel and the team will try to turn the page quickly in a Week 9 matchup with the Ottawa REDBLACKS, where the former Heisman Trophy winner will make his second CFL start.