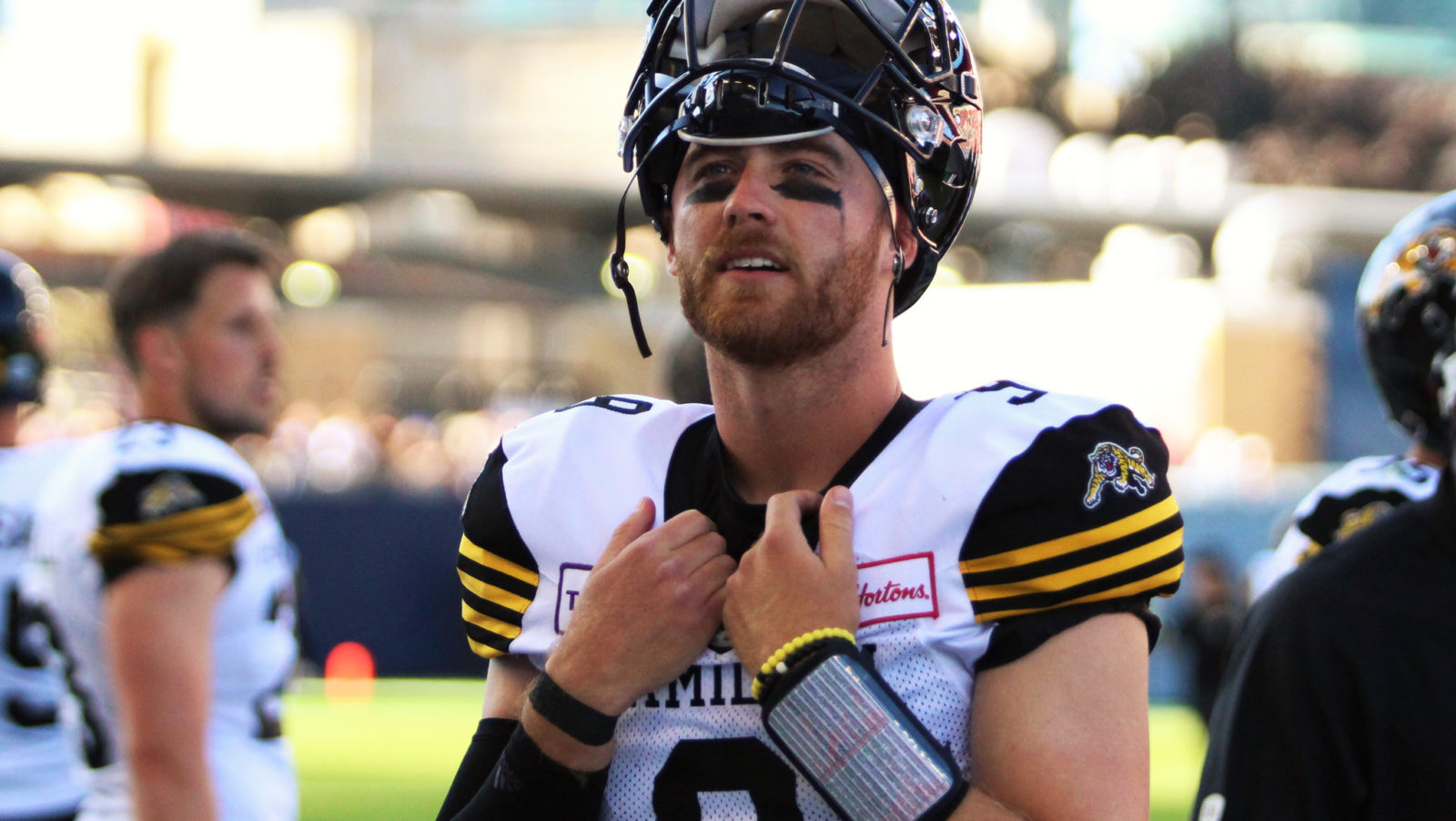 TORONTO — Plenty of starters across the league will likely be on the sidelines this weekend, including Dane Evans and Trevor Harris, as they rest before playoffs.

Dominique Davis will start at quarterback for the Ottawa REDBLACKS in the team’s season finale.

The CFL announced the list of team award winners.

Plus, the Calgary Stampeders and Saskatchewan Roughriders are playing for playoff position.

The latest news and notes from Week 21 in this week’s Checking Down: 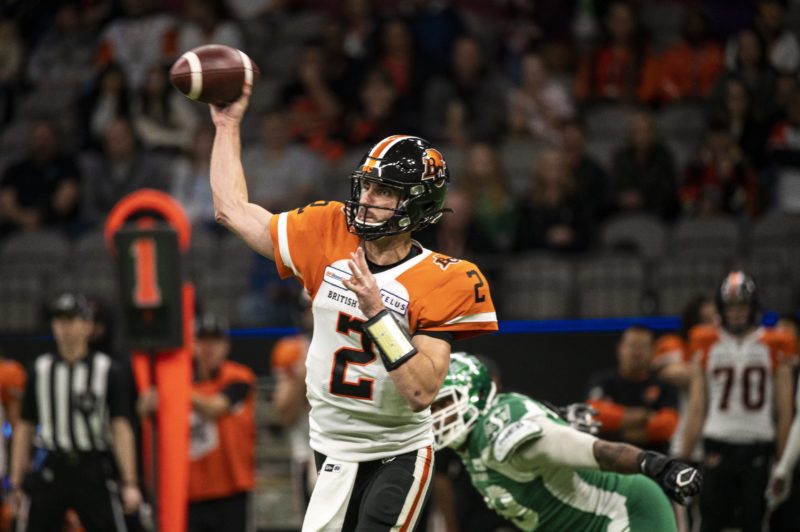 Danny O’Brien and co. will look to spoil the Stampeders chances of winning the West with a win (Jimmy Jeong/CFL.ca)

– The BC Lions will welcome the Calgary Stampeders to BC Place for the final game of the year and will hope to spoil the Stamps plans to clinch the West (CFL.ca). 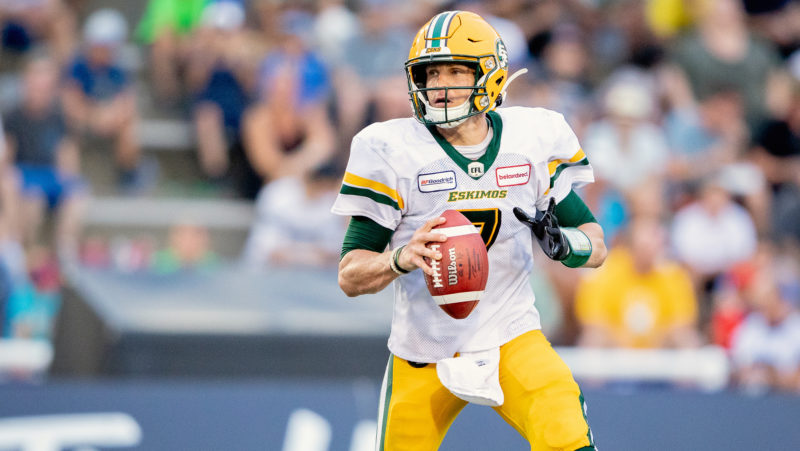 – Trevor Harris will likely not suit up in the Eskimos final game of the season against the Saskatchewan Roughriders, instead Logan Kilgore will be the projected starter (CFL.ca).

– Despite spending time out of the lineup, Harris is still second in the league in passing yards and was named the team’s Most Outstanding Player (Morley Scott, 630CHED)

– Esks receiver Christion Jones will miss the rest of the 2019 seasons after sustaining a knee injury in Saturday night’s game against the Riders (CFL.ca).

– In his first season with the Eskimos, Greg Ellingson is trying to finish the year with his second Grey Cup ring (CFL.ca).

– Heading into their season finale, and looking ahead to playoffs, the Stampeders are hoping to get their run game going (Danny Austin, Calgary Sun).

– It’s been 10 years since the Riders have hosted a division final game and the team has a chance to do so with a win this weekend (Britton Gray, 980CJME).

– Saskatchewan’s offence is performing at a high level heading into the post-season (Murray McCormick, Regina Leader-Post).

– That offence is led by Cody Fajardo, who earned himself a top performer nod after Week 20 (CFL.ca).

– DB Ed Gainey and LB Derrick Moncrief had the day off on Tuesday but were expected to return on Wednesday (Murray McCormick, Regina Leader-Post).

– After defying the odds in his Bombers debut, Zach Collaros has given Bombers head coach Mike O’Shea plenty to think about before the playoffs (Matthew Cauz, CFL.ca).

– With Collaros behind centre, the Winnipeg Blue Bombers could surprise everyone in the playoffs (Paul Friesen, Winnipeg Sun). 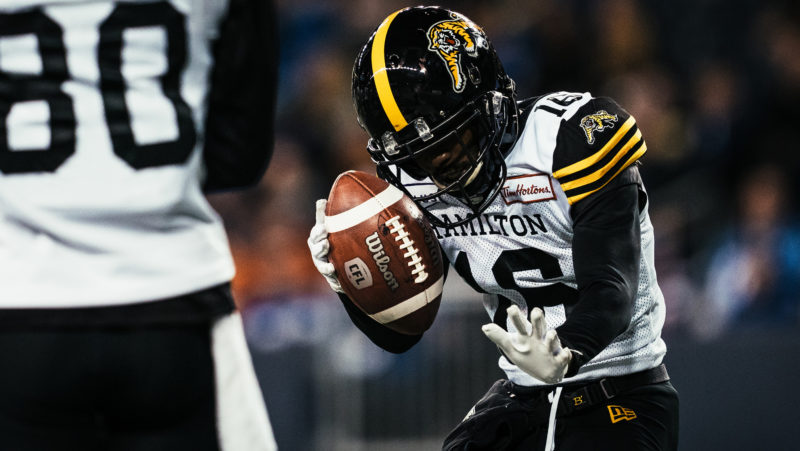 Brandon Banks has been a major part of the Ticats offence in 2019 (Johany Jutras/CFL.ca)

– The Hamilton Tiger-Cats will rest players in their final regular season contest against the Argos including QB Dane Evans, according to CFL.ca’s Chris O’Leary (CFL.ca).

– The coach of the year race is wide open, though three first-time bench bosses have emerged as favourites, including Orlondo Steinauer (CFL.ca). 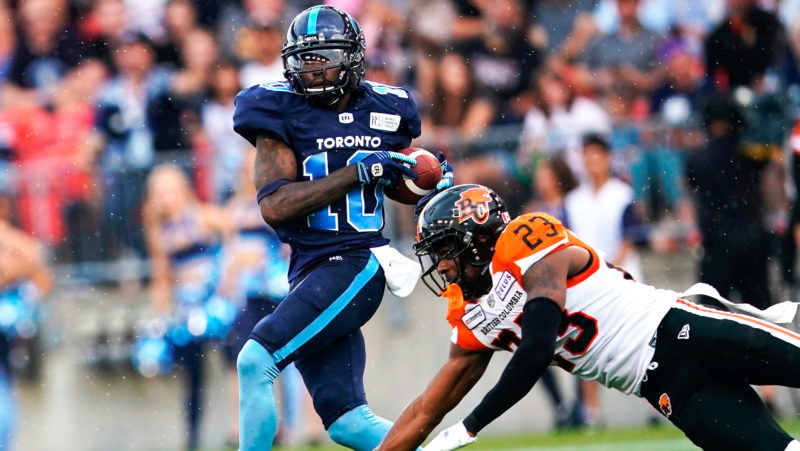 Armanti Edwards is close to hitting 1,000 yards for the first time in his career (Geoff Robins/CFL.ca)

– Receiver Armanti Edwards is closing in on his first career 1,000-yard season but his team is still missing the playoffs for the season-straight season (Frank Zicarelli, Toronto Sun). 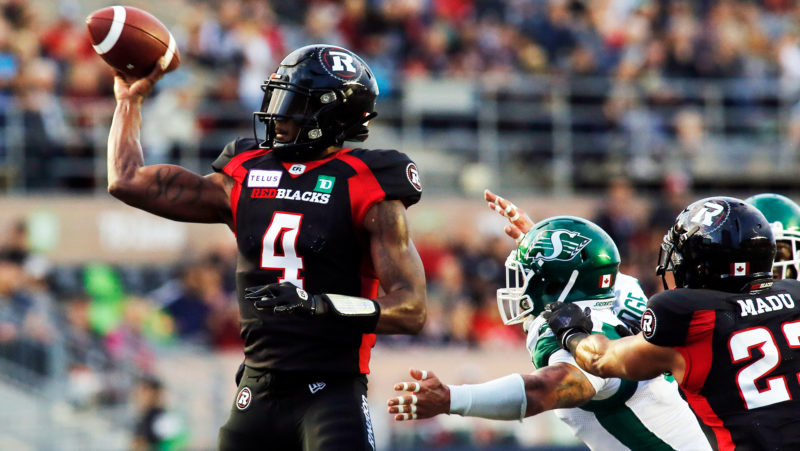 Dominique Davis will be back under centre for the REDBLACKS against Montreal (Patrick Doyle/CFL.ca)

– Dominique Davis will be back behind centre for the REDBLACKS in their season finale against the Montreal Alouettes (CFL.ca). 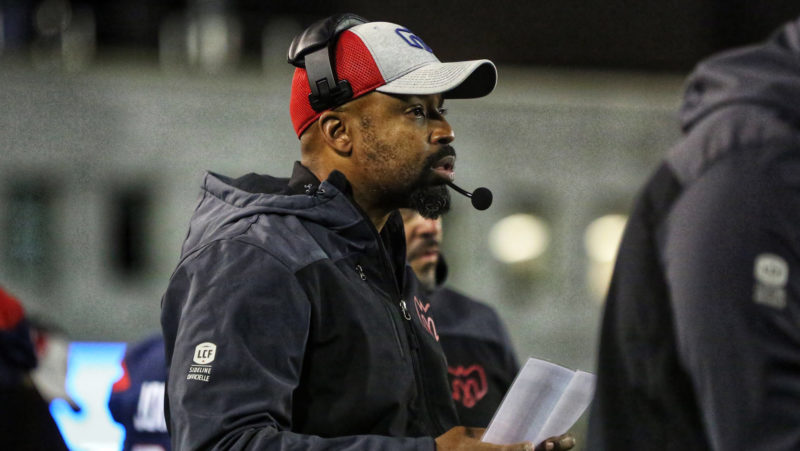 Will Khari Jones win Coach of the Year? (MontrealAlouettes.com)

– The Coach of the Year race is wide open, though three first-time bench bosses have emerged as favourites, including Khari Jones (CFL.ca).