Nissan Titan Power Rankings: A league of their own 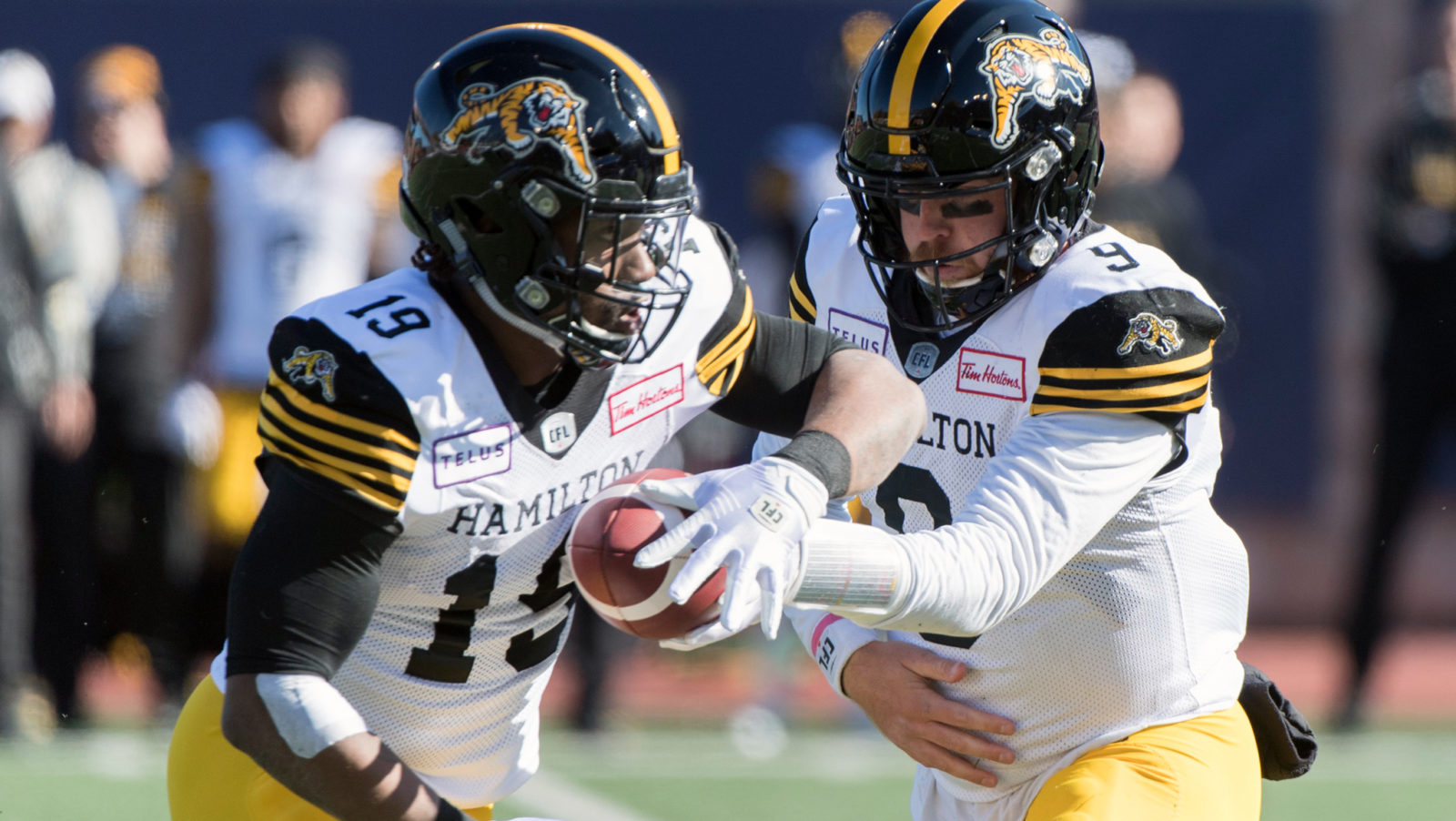 Nissan Titan Power Rankings: A league of their own

TORONTO — There are the contenders, and then there are the Hamilton Tiger-Cats, perhaps just a cut above the rest.

The Ticats have guaranteed themselves the best record in the Canadian Football League in 2019. And with a 14-3 record, they have been every bit as dominant as the standings suggest, leading the league in several major statistical categories including points scored, points allowed and net offence.

Dane Evans has been the best quarterback in the CFL since Labour Day and Brandon Banks is on track to win Most Outstanding Player, as the offence continues to put up video game-like numbers every single week.

Yet the defence has been the backbone, allowing a league-low 13 passing touchdowns while holding opposing quarterbacks to an efficiency rating of 77.9 — far and away the best in the three down game.

As the playoffs approach, the Ticats are in a league of their own. More in the Nissan Titan Power Rankings.

Brandon Banks firms up his bid for Most Outstanding Player after catching 11 of 13 targets for 201 yards and three touchdowns, joining Duke Williams, Brandon Zylstra, Adarius Bowman and Derel Walker as recent 1,500-yard receivers. Can anyone stop the Ticats’ offence?

One more win is all the Riders need to claim their first division title since 2009, when Saskatchewan defeated Calgary in the Western Final before falling to Montreal at McMahon Stadium in the infamous ’13th man’. A 7-1 record at home bodes well for the Green and White.

After five division titles in six years, the Stamps could fall as low as third depending on results from Week 21. Yet there’s reason for optimism in Calgary, especially given Bo Levi Mitchell‘s recent play. The reigning MOP is playing some of his best football entering November.

Despite missing starting quarterback Matt Nichols, the Bombers have reached 11 wins for the third time in four seasons. Quite an impressive turnaround for Mike O’Shea and Kyle Walters, who have built one of the league’s top contenders. A home playoff game is still a possibility.

The Alouettes’ secondary continues to be a concern after giving up 379 yards and four touchdowns to Dane Evans in Week 20. On the other hand, the offence has had no problem keeping up, led by the CFL’s top rated passer in Vernon Adams Jr. and a fleet of talented receivers.

Led by a healthy Trevor Harris, the Eskimos are emerging as one of the CFL’s true playoff dark horses this November. The receiving trio of Greg Ellingson, Ricky Collins and DaVaris Daniels will be difficult to contain, while veteran C.J. Gable‘s return is on the horizon.

It’s been a long season for Argos fans, but the recent play of McLeod Bethel-Thompson is reason for optimism. With his quarterback rating of 99.3 and a league-leading 26 touchdown passes, Bethel-Thompson is one of possibly several candidates to start for Toronto in 2020.

This year marks the Lions’ worst season since 1996, when they finished 5-13 and last in the CFL West. The good news? They went on to make the playoffs the next 20 seasons, including three Grey Cup Championships. The future is far from bleak with Mike Reilly at the helm.

Whether it was McLeod Bethel-Thompson, Dakota Prukop or Michael O’Connor, the REDBLACKS had no answer for Argos quarterbacks on Saturday, allowing five touchdown passes in a 39-9 loss. On the bright side, it looks like they’ll have the first overall pick in the spring.