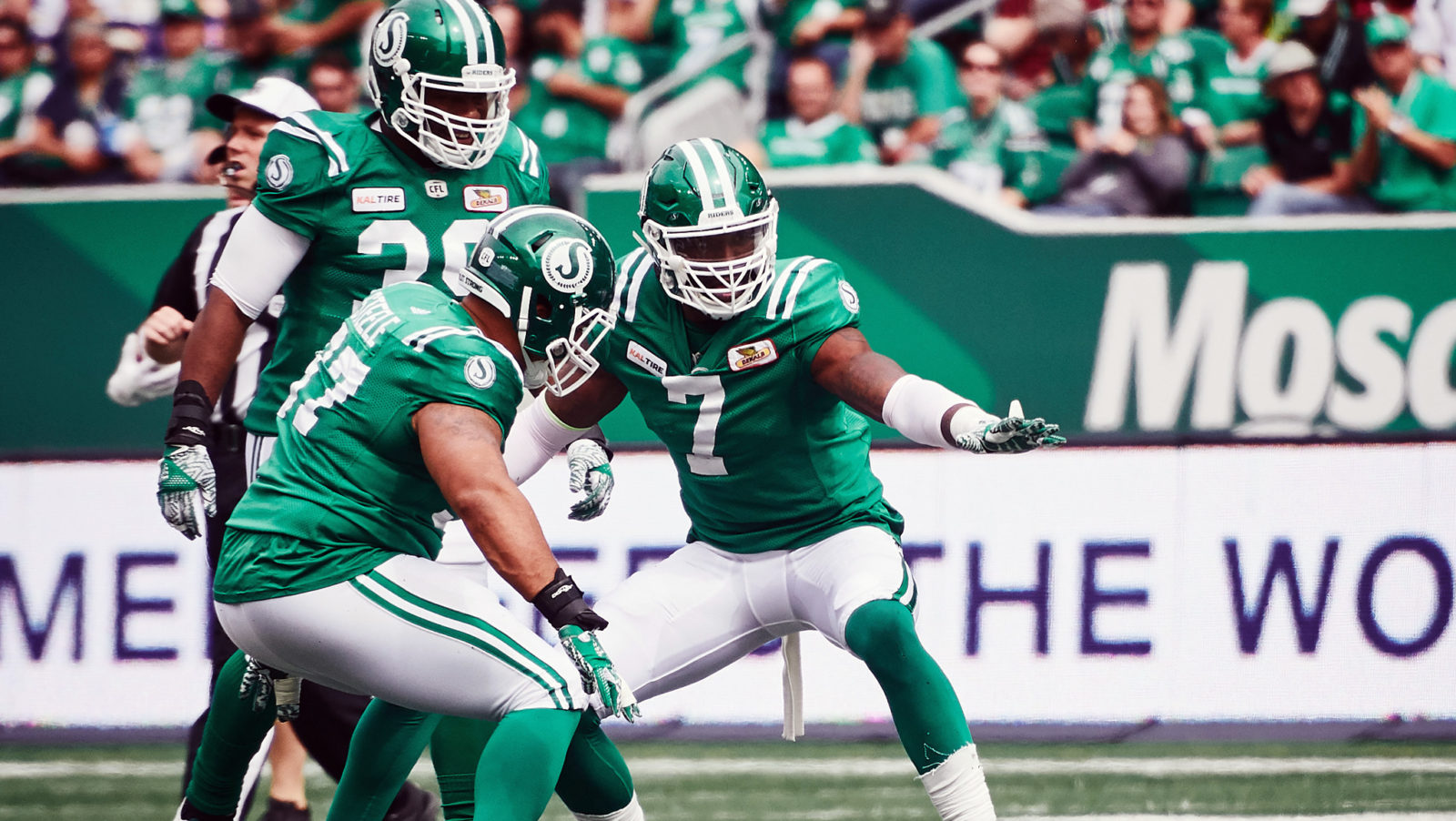 TORONTO — The balance of power is shifting in the highly-competitive West Division.

With three straight wins to their name, including defiant victories against the Calgary Stampeders and Winnipeg Blue Bombers, the Saskatchewan Roughriders have jumped into second in the Nissan Titan Power Rankings.

The Riders aren’t quite out of the water yet, with just three wins separating eight teams in the CFL going into Week 13. However, Chris Jones’ club appears to be gearing up for a run among the other western heavyweights.

Elsewhere, the Eskimos, REDBLACKS and Bombers are all trending down, while the enigmatic Ticats are back in the top-four.

Even with Kamar Jorden and Ciante Evans sidelined, a limping Bo Levi Mitchell was able to lead the Stamps to a last-second win over the Eskimos in the annual Labour Day Classic. They’ll hope the injuries aren’t serious, but for now, Calgary can complete the sweep in Saturday’s rematch with a chance to widen the gap in the West.

The additions of Matt Elam and Loucheiz Purifoy have made the Riders’ defence that much scarier, while on offence quarterback Zach Collaros continues to settle in with his new team. With three straight wins against West Division opponents, Saskatchewan is the team to beat in the CFL right now outside of Calgary.

The Eskimos’ offence has struggled in back-to-back outings against the league’s top defences, combining for just 44 points in losses to Hamilton and Calgary while being shut out in four out of eight quarters. Things could get worse if star receiver Derel Walker misses any time, especially with a rematch against the Stamps on tap.

The CFL’s top-ranked offence continues to churn out big production, and now the Ticats are figuring out how to finish, as evident in back-to-back comeback wins over Edmonton and Toronto. If Jeremiah Masoli can limit the game-changing mistakes, the Tabbies should have no problem pushing the REDBLACKS at the top of the East Division.

Is there a bigger mystery in the CFL than the Ottawa REDBLACKS? The top team in the East had no answers for the upstart Als, managing just 313 net yards and 11 points in a Week 12 loss. The talent is there on both sides of the ball, but Rick Campbell’s team needs to find some consistency down the final stretch of the regular season.

Despite a big day from Andrew Harris, who hit the 100-yard mark in the first half alone, the Bomber offence continued to struggle in a loss to the Saskatchewan Roughriders. The Banjo Bowl is the perfect time to turn things around, and the urgency is high in the Manitoba capital — especially for veteran quarterback Matt Nichols.

The bye week came at the right time for the BC Lions, who just lost their leader and top receiver Emmanuel Arceneaux to a season-ending injury. Bryan Burnham, Ricky Collins and Kevin Elliott will need to step up as the Lions look to make up some ground in the closely-contended West, starting at home against the REDBLACKS.

The Alouettes are starting to see the light of day as they climb out of the CFL basement. Back-to-back wins over division rivals have them back in the mix of things, but there’s more to it than the win total: this is a team playing inspired football on both sides of the ball, with 23-year-old quarterback Antonio Pipkin providing exactly the spark that was needed.

The Argos struggled on both sides of the ball on Labour Day, allowing 500-plus yards on defence while completing under 50 per cent of their passes on offence in a loss to the Ticats. From the quarterback situation to the impending arrival of Duron Carter, there’s a lot to consider in the coming weeks as the Boatmen look to keep their season afloat.