Nissan Titan Power Rankings: A ‘next man up’ mentality 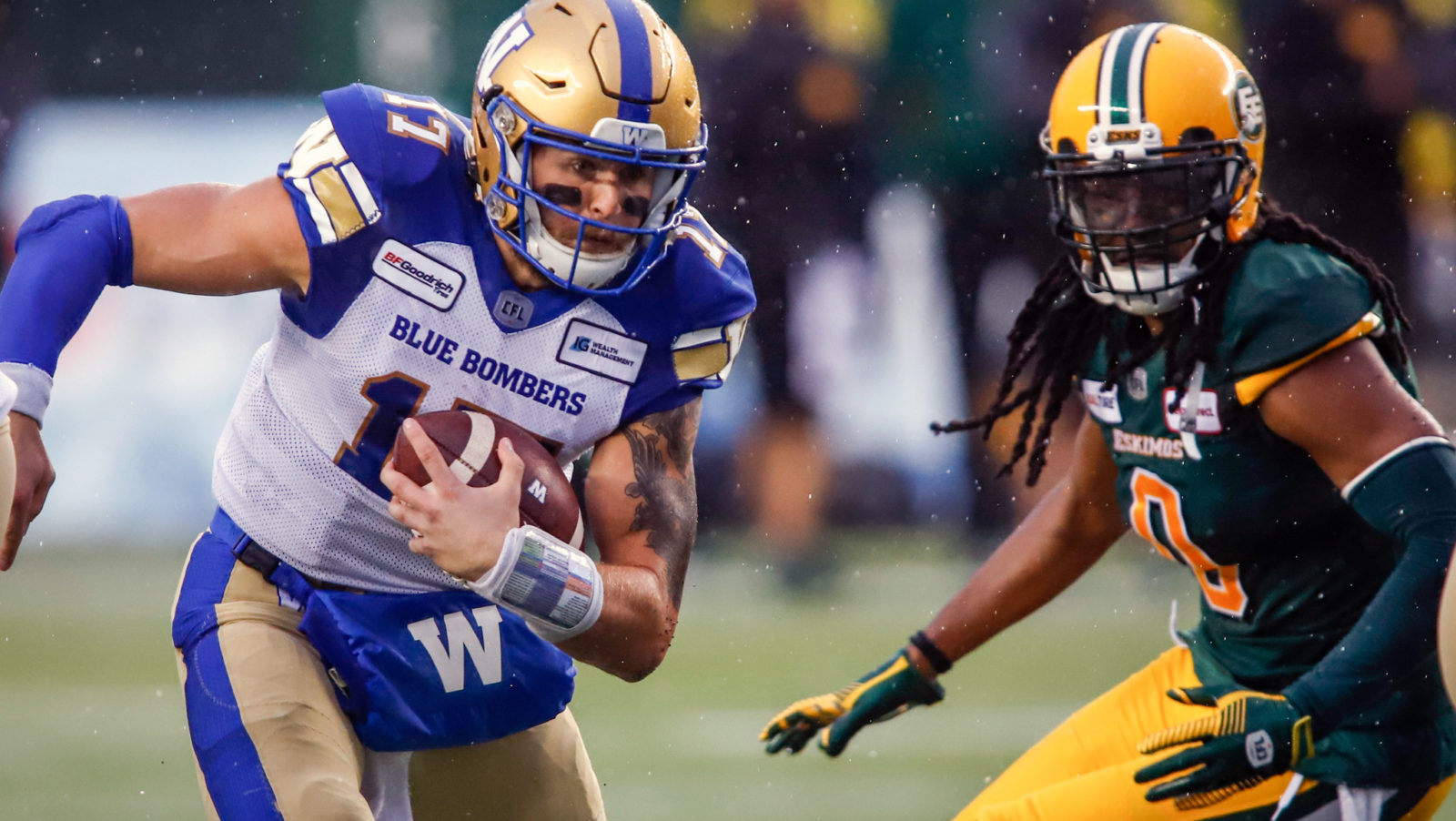 Nissan Titan Power Rankings: A ‘next man up’ mentality

TORONTO — The Winnipeg Blue Bombers are certainly earning their No. 1 spot in the Nissan Titan Power Rankings.

A week after Matt Nichols was injured, the CFL revealed Monday that Andrew Harris will miss the next two game after being suspended for violating the league’s drug policy.

So far this Winnipeg team is proving it will do whatever it takes to win. On Friday, to open Week 11, the Bombers unseated Edmonton despite just seven completions by Chris Streveler.

Can the Bombers, tied for first in the league with the Hamilton Tiger-Cats, continue to win football games without their offensive battery?

A home and home with the Saskatchewan Roughriders, starting on Mark’s Labour Day Weekend, will start to tell the tale.

The numbers weren’t pretty against Edmonton, but don’t let aesthetics get in the way of a huge divisional win. Is this style of football sustainable? That’s the question heading into a key back-to-back with the Riders. With Andrew Harris sidelined, the pressure’s on for Chris Streveler.

Ranked No. 1 on both sides of the football, it’s fair to say the Eskimos have underachieved with a 6-4 record. With a dominant defence and a high-flying offence, this team will be in the equation come November. Until then, however, they have to learn how to finish, both in the red zone and on the scoreboard.

Is the Riders’ turnover chain obnoxious and over the top? Maybe, but isn’t that the point? They’ve certainly backed it up with their play, winning five straight games including a 40-18 win over Ottawa. Dominique Davis never had a chance and the Riders are back to being bullies in the West.

Another win, yet the Ticats can’t seem to gain any traction from the CFL.ca voters in comparison with the rest of the West. The Tabbies could easily be the No. 1 team, but quality of opponent comes into play here. Dane Evans has won three straight starts, but two of those were against BC and the other against Ottawa.

The cardiac kids of 2019 pulled out another last-second win, edging the Argos on the final play of Touchdown Atlantic. No team is having more fun than the Montreal Alouettes right now, and is any team more fun to watch? The window is wide open for the Als to go deep in the playoffs come November.

The idle Stamps might be the scariest fourth-place team we’ve ever seen. Even without Bo Levi Mitchell this is a dangerous team, starting with the dynamic receiving duo of Eric Rogers and Reggie Begelton. If Mitchell and Kamar Jorden return in the second half, you won’t want to count out Calgary.

The hole might be too deep for the Argos now, but there’s a lot to like about their play over the last three weeks. McLeod Bethel-Thompson is proving he’s more than just a place holder, while towering receiver Rodney Smith is quickly emerging as a dangerous threat himself. Opponents better not sleep on the Argos.

The change to Joe Paopao wasn’t enough to resurrect the REDBLACKS’ offence; could a quarterback change follow? Dominique Davis isn’t getting the job done and while Jonathon Jennings is pretty far removed from his 5,000-yard season, this offence needs a spark. We’ll find out after the bye week.

Mike Reilly was sacked seven times in the first half, while an injury to John White was too much to handle as the Lions fell to 1-9 in a loss to the Ticats. As the Leos fall out of contention and 2020 comes into focus, there could be some roster moves in the near future for Ed Hervey and DeVone Claybrooks.