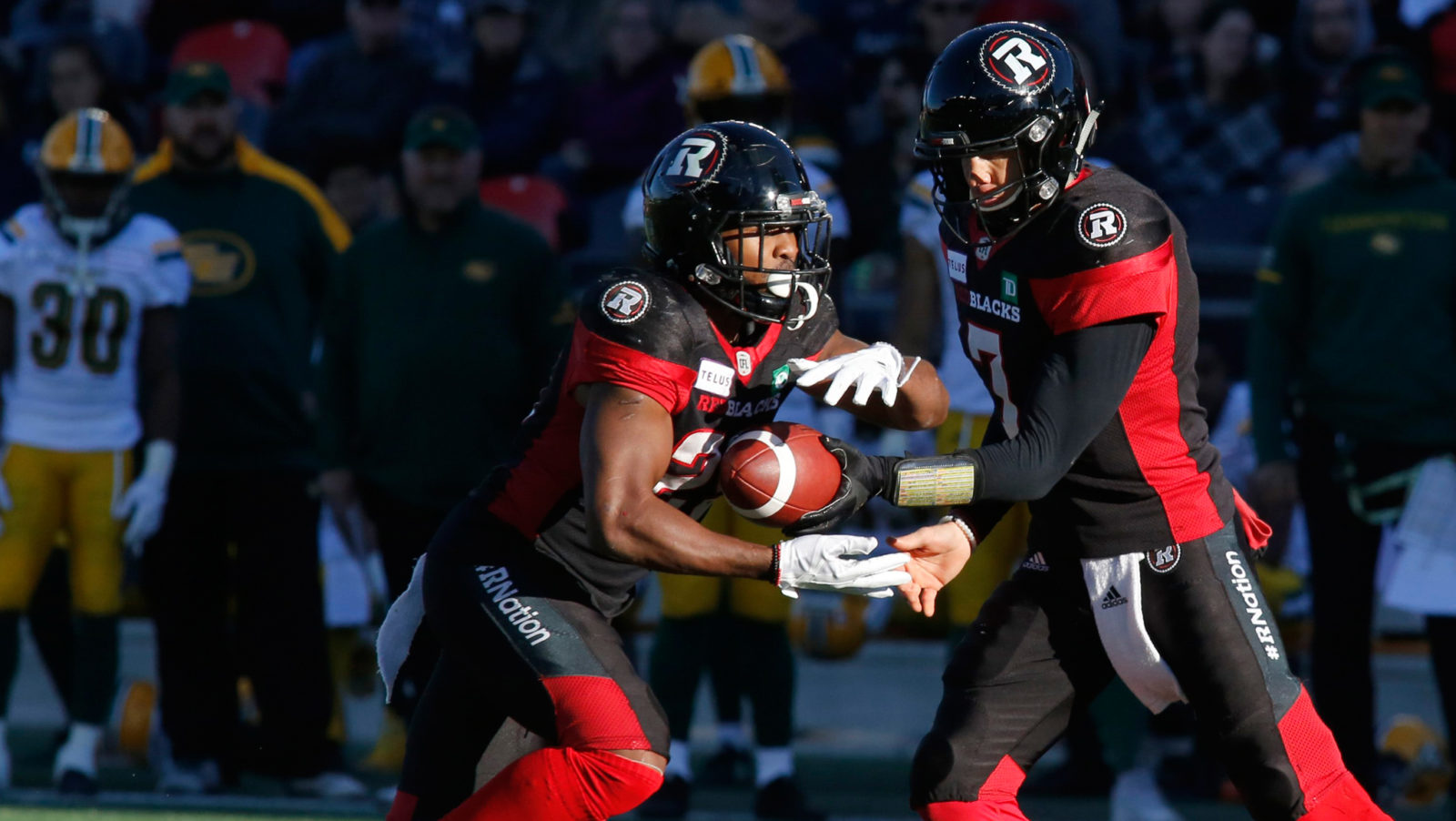 TORONTO — Perhaps the Ottawa REDBLACKS are who we thought they were.

A team ready to emerge as an East Division powerhouse.

The strong arm of Trevor Harris, a lethal cast of receivers, and Noel Thorpe’s pressure defence all point to a contender. And lately, a new wrinkle. One of the most dominant running backs in the CFL, now the league’s leading rusher in William Powell.

For the most part, the REDBLACKS have been the ultimate question mark this season. The CFL’s Dr. Jekyll and Mr. Hyde. A team no one could quite figure out from one week to the next.

But after back to back wins over West Division opponents, Ottawa has emerged as the top team in the East Division. And this week, in the Nissan Titan Power Rankings, the second best team in the CFL.

Here are the rankings:

The bye week came at the right time for the Stamps, who could have Eric Rogers, Ucambre Williams and Ciante Evans back on the field in Week 15 when they take on the Argos. While the race in the West is heating up, Dave Dickenson’s team is well ahead of the pack, on pace to finish first in the CFL for a third consecutive season.

The REDBLACKS are averaging 459.5 yards per game the last two contests, taking down two West Division contenders in the process. If Noel Thorpe’s defence continues to improve and Trevor Harris can maintain some consistency, this team will have a good chance to play for a Grey Cup in November.

Despite needing a 56-yard field goal from Brett Lauther — and two missed field goals by Argos kicker Zack Medeiros — to eke out a 30-29 win over the last-place Arogs, the Riders are risers in this week’s ranking. Hey, they don’t ask how. What’s important is Saskatchewan now ranks second place in the highly-competitive West, with a home playoff date at stake.

Consistency continues to elude the Eskimos, who were shut out on offence in two of four quarters during Saturday’s loss to the REDBLACKS.  Mike Reilly‘s offence is still the league’s second-most productive with 414.9 yards per game, but the defence has struggled, giving up 1,028 yards over the last two contests. Still time to figure things out, but it’s fair to say the Esks have underachieved thus far.

With Travis Lulay out, the Lions’ playoff hopes rest on the strong right shoulder of 26-year-old Jonathon Jennings. Saturday night was a good start, with Jennings sparking an incredible late-game comeback, sealing it with an overtime victory. Now 5-1 on home turf, the Lions have made BC Place one of the toughest venues to visit in 2018.

June Jones has been criticized for his decision to punt for a single late in Hamilton’s overtime loss to BC in Week 15, but in reality, the Ticats allowed the Lions to not only go 54 yards in nine seconds, but also score on the ensuing two-point conversion to send it to OT. It’s a bitter taste, but one that can be washed with a win in the rematch on Saturday.

The Bombers overcame injuries to Andrew Harris, Nic Demski and Adam Bighill, earning a 31-14 win over Johnny Manziel and the Montreal Alouettes. It was a much-needed ‘W’ for the home team, ending a four-game losing streak and providing some confidence for starting quarterback Matt Nichols. They’ll hope for good news on the injury front.

Despite picking up more first downs and winning the time of possession battle, the Als lost their second straight game in a visit to Investors Group Field. Still, there were positives. Johnny Manziel made strides in his third career start, while the defence continues to hold opponents to a manageable rate of production. It’s not all bad in la belle province.

While Duron Carter failed to get on the stat sheet in his Argos debut, McLeod Bethel-Thompson threw for a career-high 321 yards in a tough luck loss for the Boatmen. With six games remaining, and playoff hopes fading, the priority for Head Coach Marc Trestman should be sorting out his quarterback situation for 2019.

Fan Poll
Are you convinced by the BC Lions' success?
Yes
Vote
No
Vote
Submit View Poll Results