Bombers back on top in Nissan Titan Power Rankings 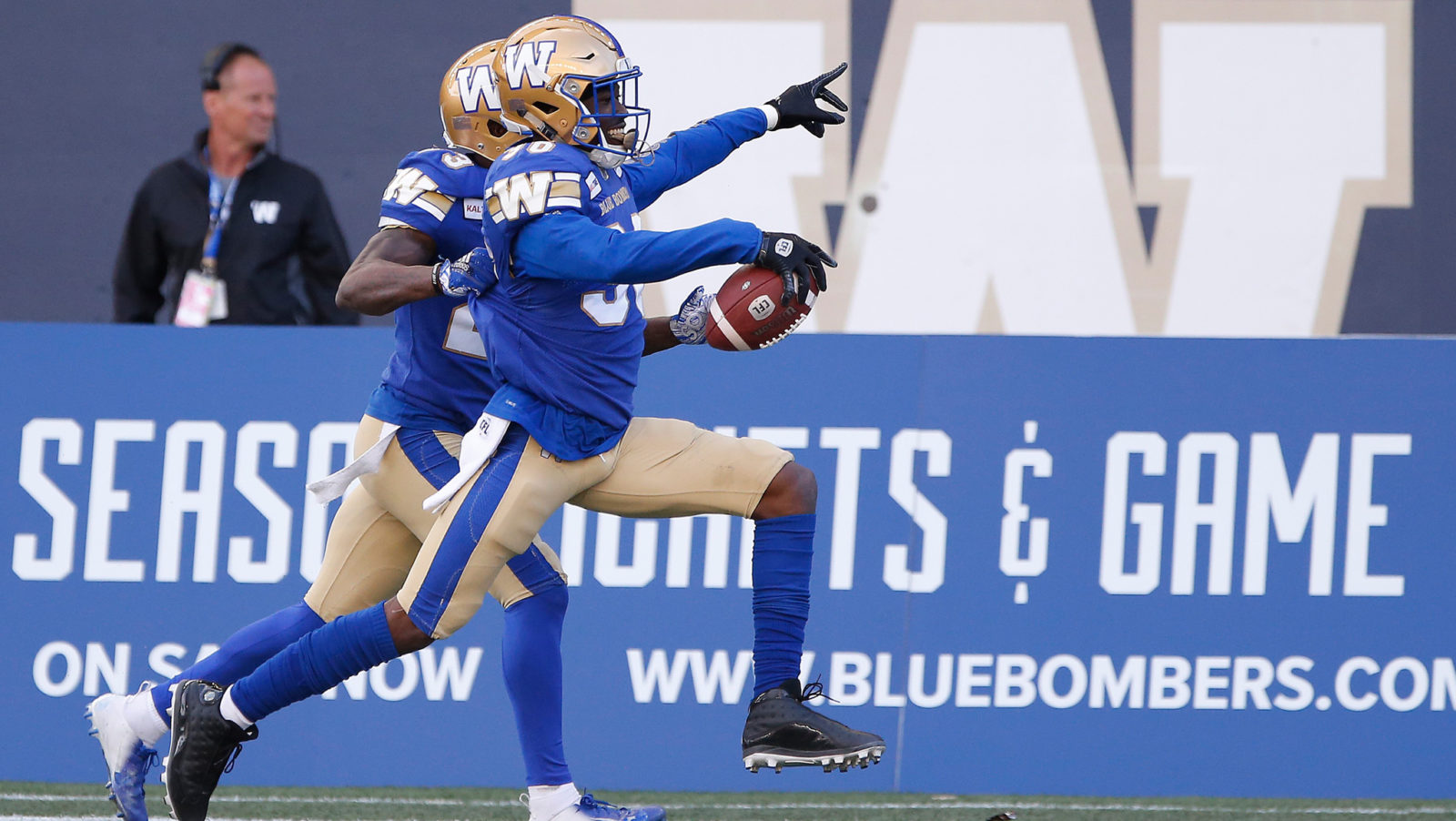 Bombers back on top in Nissan Titan Power Rankings

TORONTO — A week after being bounced from the top of the Nissan Titan Power Rankings, the Winnipeg Blue Bombers are back.

Injuries, combined with a loss on Mark’s Labour Day Weekend, had many looking down on the Blue and Gold. The response, however, was an emphatic 35-10 victory over Saskatchewan in the annual Banjo Bowl.

The Riders took over top spot temporarily, while Calgary and Hamilton have also emerged as contenders throughout the 2019 season. But no team has been more consistent than Winnipeg, boasting a 9-3 record and occupying the top floor of the power rankings 11 out of 14 weeks.

With the steady play of Chris Streveler and a dominant, opportunistic defence, are the Bombers the team to watch for in the second half of the season?

The Bombers continue to put up big numbers on the ground even without Andrew Harris, totaling 341 yards over the last two games. Despite a league-best 35 takeaways on defence, Winnipeg’s success has stemmed from the trenches, ranking first in the CFL in rushing yards for and against.

While the Stamps are happy to have Bo Levi Mitchell back in the lineup, the biggest story this season has been the emergence of third-year receiver Reggie Begelton. The 26-year-old now leads the CFL with 930 yards and seven touchdowns, overtaking Eric Rogers as the top threat on Calgary’s offence.

If Dane Evans can channel some of his second half play from Labour Day — when he completed 19 straight passes in a come-from-behind win over the Argos — the Ticats will be hard to beat in November. Head Coach Orlondo Steinauer’s team has overcome lots en route to a CFL-best 9-2 record.

One bad game, or legitimate cause for concern? The Banjo Bowl couldn’t have gone much worse for the Riders, who struggled on both sides of the ball in a 35-10 loss to Winnipeg. An unexpected result, especially with Matt Nichols and Andrew Harris sidelined, but look for a bounce back this week.

The Alouettes continue to climb the charts. Vernon Adams Jr. is 6-2 as a starter this season, while William Stanback and Jeremiah Johnson form arguably the league’s most dangerous tandem at running back. The addition of Chris Matthews is another weapon to watch for on a deep offensive team.

The bye week arrives just in time for the Eskimos, who are reeling after a third straight loss and an injury to quarterback Trevor Harris. There’s plenty to like about this squad, from a dominant pass rush to arguably the league’s top trio of pass-catchers, but wins have been elusive over the last month.

The Argos have played much better football over the last month or so, averaging 418 yards per game offensively since being shut out by Edmonton on July 25. It starts with McLeod Bethel-Thompson, but CFL second-leading receiver Derel Walker and the emergence of Rodney Smith have also played a role.

Perhaps Kelly Bates’ influence has already helped in BC, with the Lions giving up just two sacks since hiring him as offensive line coach. It’s a small sample size, but if Mike Reilly is afforded more time to throw the football, that offence could start to click in the second half of the season.

Jonathon Jennings played well in his second start of the season, but the quarterback change did little to spark a struggling REDBLACKS team. That’s four straight losses and eight in nine games for Rick Campbell’s club, which is fading out of the playoff picture in the East Division.