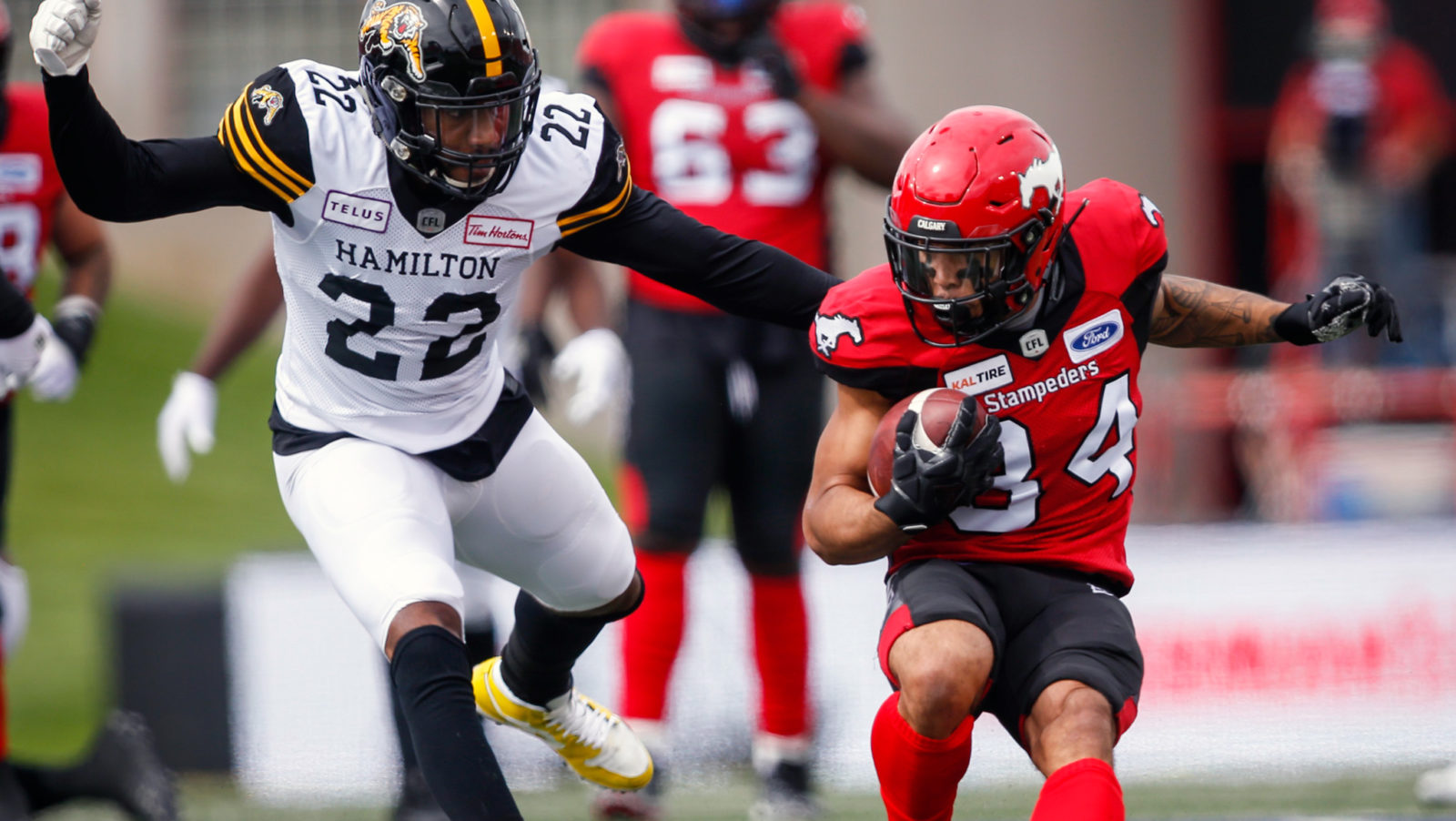 TORONTO — With two points separating three teams, all bets are off in the highly-contested West.

Winnipeg, Calgary and Saskatchewan all make a strong case to win the division as the home stretch approaches, with the latter two coming off heroic last-minute victories.

The Bombers continue to win games despite the absence of key cast members, as Chris Streveler has delivered while injured veteran Matt Nichols watches.

In Calgary, the Stampeders have won all three games since the return of Bo Levi Mitchell, leaning on the dynamic receiving duo of Eric Rogers and Reggie Begelton in the process.

Finally, for the Riders, first-time starter Cody Fajardo continues to come through in the clutch, leading his second game-winning drive in the last three weeks.

A first round bye and a home Western Final are at stake, and very little separates the ‘big three’ in the West.

The bye week arrived at just the right time for the Bombers, who grasp a narrow two-point lead in the West. The return of Andrew Harris is huge, but the status of Matt Nichols could define this team’s fate come November. Despite his 2-1 record, Chris Streveler still has much to prove.

Can anyone stop the Stampeders’ dynamic receiving duo of Eric Rogers and Reggie Begelton? Only the Blue Bombers have as many touchdowns from their receivers as those two combined (15). Meanwhile, the Stamps are a perfect 3-0 since Bo Levi Mitchell‘s return from the injured list.

The Ticats deserve full marks for their Week 14 loss, racking up 458 yards and 28 first downs on the road vs. the defending champion Stampeders. Dane Evans put together another strong outing, completing 79 per cent of his passes for 360 yards, and appears to be on the right track.

The arrow is pointing up for the Riders, who rank near the top of the CFL in yards per play, giveaways and sacks allowed. It starts with Cody Fajardo, who’s led game winning drives two of the last three weeks. There’s no reason this team can’t push Calgary and Winnipeg for a West Division title.

Chris Matthews adds a unique presence to the Als’ offence, joining Quan Bray, DeVier Posey and William Stanback on one of the CFL’s most underrated attacks. Despite sitting middle of the pack, the Alouettes play with nothing to lose and will not be an easy out come November.

Trevor Harris could miss some time with an injury, but quarterback isn’t the only concern for the slumping Eskimos. Reinforcements are on the way, however, with first round picks Stefan Charles and Mathieu Betts both joining the team following NFL cuts. Yes, the Esks’ D-line is about to get even better.

Four games out of a playoff spot, the Argos have by no means called it quits on their 2019 season. A win over Calgary would change things, but for now the Boatmen continue to fly under the radar. For now, McLeod Bethel-Thompson, Derel Walker and Rodney Smith are players to watch.

The Lions’ O-line didn’t give up a sack while Duron Carter scored his first touchdown of the season, leading BC to its first home win of 2019. Playoffs probably aren’t in the cards, but a strong final third would give this team a much needed sense of direction after a forgettable start to the season.

Usually unflappable, Head Coach Rick Campbell was visibly frustrated during his team’s 29-5 loss to the BC Lions in Week 14. It’s been that kind of season for the REDBLACKS, losers of five straight and nine of their last 10. They’ll try to get on track for the rematch on Saturday.