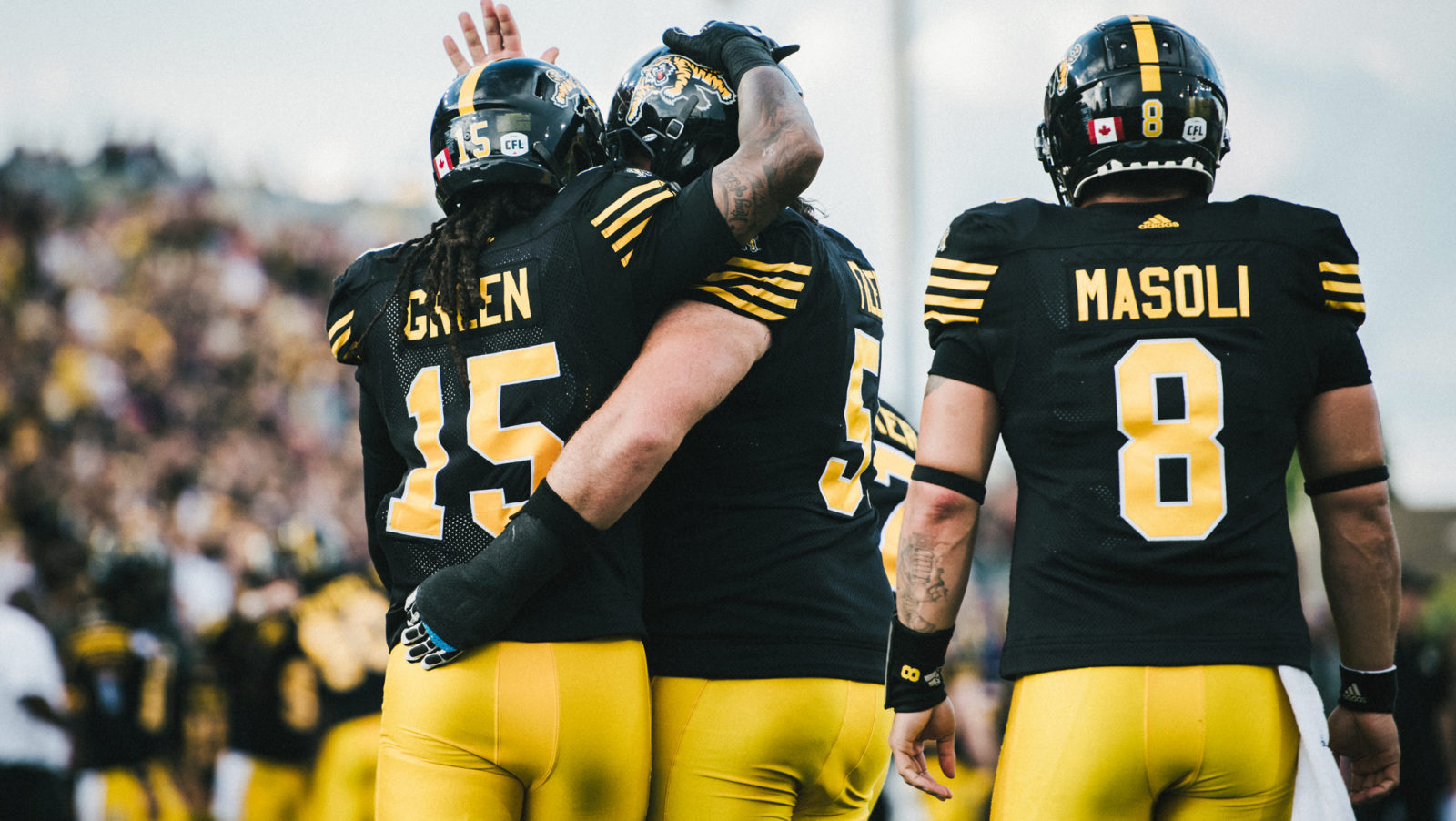 TORONTO — Who is the Grey Cup favourite?

The question is certainly up for debate as the post-season arrives, with nothing but a wide open field in front of us.

While many have handpicked the surging Winnipeg Blue Bombers, the oddsmakers in Vegas disagree, making Winnipeg a slight underdog going into a hostile road trip to Regina.

The Calgary Stampeders have the best record and are just one win away from returning to the Grey Cup, but have won just six of their last 11 games since an August bye.

And the list goes on, from Ottawa and Hamilton to Saskatchewan and BC, with no clear front-runner heading into the playoffs.

The Bombers had only one vested interest in their season finale, which was getting out of Edmonton healthy. They did, and the week of rest can only help Matt Nichols, Andrew Harris and Weston Dressler, especially against a Riders team coming off a season-ending bye week. After back-to-back exits in the Western Semi-Final, Sunday’s trip to Regina will be a defining game for the Kyle Walters-Mike O’Shea era.

Sure, winning the West would have been nice, but the first home playoff game at new Mosaic Stadium will still be an incredible moment for the Riders and their fans. Led by the CFL’s top-ranked defence, Sunday will be everything that was envisioned when Chris Jones took over as emperor of the Green and White. The Riders are a legitimate contender, and the arrow is only pointing up.

Just one victory away from attending their third Grey Cup in four years, the REDBLACKS have to feel good about themselves heading into the playoffs. Noel Thorpe’s defence is beginning to show its teeth, while Trevor Harris is playing some of the best football of his career, completing 76.7 per cent of his passes with 11 touchdowns and just two interceptions over his last six starts. This team is legit.

The Stamps avoided the nightmare scenario, getting their makeshift receiving corps on track in a 26-9 win over the BC Lions to seal up the West. As average as Dave Dickenson’s team has looked the last two months, no one is looking forward to visiting McMahon in mid November. Rest, coaching, and perhaps a few healthy bodies (DaVaris Daniels, potentially?) give the Red and White some much-needed comfort.

After tearing up the league for seven weeks, BC looked lost throughout back-to-back defeats at the hands of the Riders and Stamps. Running the gauntlet in the East will be challenging, especially for a club that’s 2-7 on the road this season, but never count out Travis Lulay and Wally Buono. With a rejuvenated ground game and opportunistic defence, the Lions really are the dark horse of the 2018 playoffs.

Can the Ticats embrace the underdog role? Prognosticators aren’t giving this team the time of day, but the pieces are there to make a run. The defence, with a healthy Delvin Breaux, has given opponents fits all season, while Jeremiah Masoli is one of the most exciting and unpredictable quarterbacks in the CFL. There’s no team more dangerous than one with nothing to lose.

These are uncomfortable moments for Coach Jason Maas and GM Brock Sunderland, who will look in the mirror and wonder just what went wrong in a disappointing 2018 campaign. For those outside, the focus quickly turns to Mike Reilly, whose expiring contract will be one of the off-season’s biggest topics. If the Esks can bring him back, they’ll still be a contender in 2019.

The second half of the season has been good to the Alouettes, with a 4-5 record and, more importantly, some obvious progression from their young core. Eugene Lewis and William Stanback are budding stars you can build around, while Antonio Pipkin and Johnny Manziel give the club an exciting starting point behind centre going into camp next year. There’s a feeling of cautious optimism.

Surprising as it was, the Argos wasted no time making the first big shakeup of the off-season, dismissing Head Coach Marc Trestman hours after their season. ‘Misalignment’ was the word used to describe some of the issues in a season that just didn’t go the Argos’ way. Whatever the case, GM Jim Popp has a chance to start fresh, perhaps with one of several young, energetic coaching candidates around the league.

Fan Poll
Who is the dark horse of the 2018 playoffs?
BC Lions
Vote
Hamilton Tiger-Cats
Vote
Submit View Poll Results