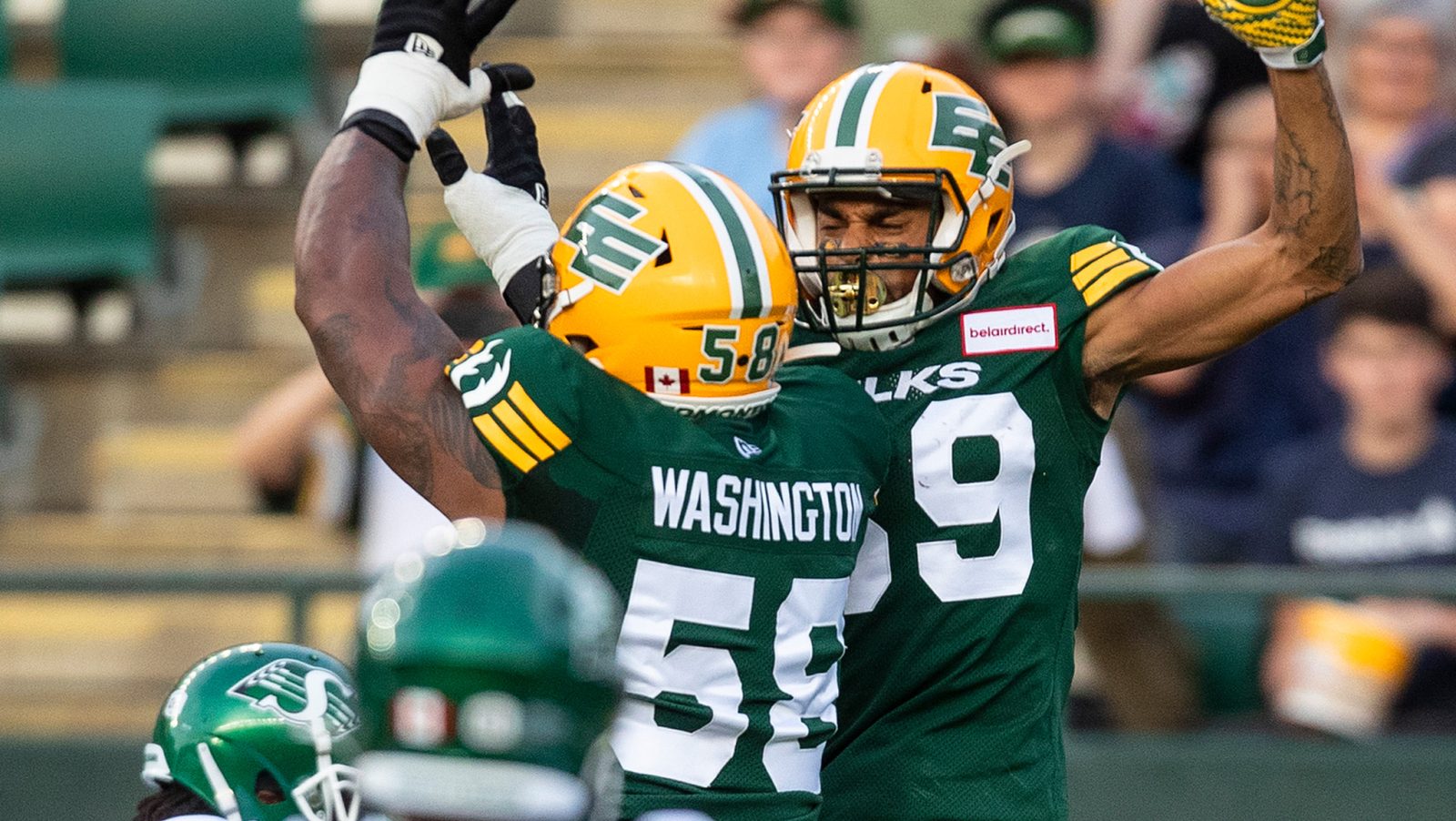 TORONTO — With Hall of Fame inductions, roster moves, front office announcements and more, the start of Week 3 has been a flurry of news.

CFL.ca has compiled all of the latest news and notes to help keep you up to date before the Saskatchewan Roughriders and Montreal Alouettes kick off on Thursday night. 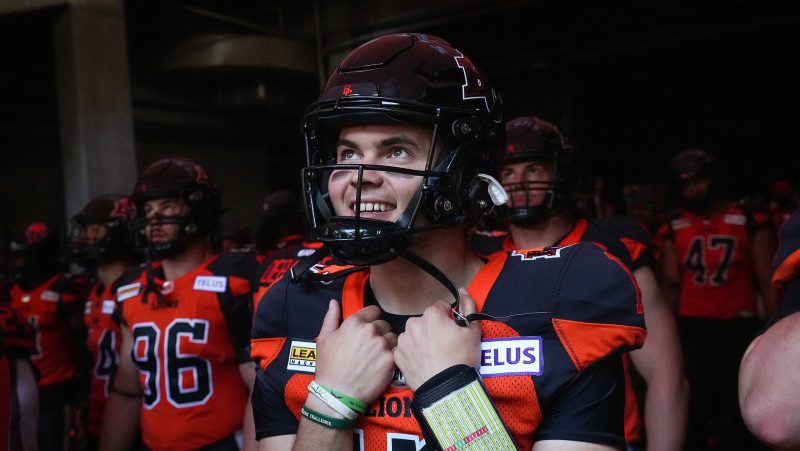 -Legendary CFL kicker, Paul McCallum will be one of five players entering the Canadian Football Hall of Fame, as the inductees for 2022 were unveiled this week. In an incredible career spanning 24 years, the Vancouver born, McCallum spent 11 season with the BC Lions (CFL.ca).

– On Wednesday, the Lions announced the hiring of Duane Vienneau. Vienneau will serve as the teams Chief Operating Officer for the remainder of the 2022 season (CFL.ca).

– BC receiver, Lucky Whitehead spoke highly of his quarterback, Nathan Rourke ahead of their Week 3 matchup against the Toronto Argonauts. (BCLions.com).

– Ricky Ray was announced as a member of the CFHOF’s class of inductees for 2022. After starting his career in Edmonton, Ray would become one of greatest quarterbacks to ever wear Green and Gold (CFL.ca).

– Following the announcement that Ray will be inducted into the CFHOF, Edmonton head coach, Chris Jones shares his memories of the former Edmonton quarterback.

– The Elks made a flurry of roster moves this week, which included the releases of receiver, Shai Ross and running  back, Martese Jackson (CFL.ca).

– Edmonton’s Kenny Lawler highlight’s this week’s Plays of the Week after a spectacular touchdown grab against Saskatchewan in Week 2 (CFL.ca).

– Calgary running back, Ka’Deem Carey was listed as a full participant in practice to start the week for the Stampeders. Carey was forced out of Week 2’s game against Hamilton with an injury (CFL.ca).

– Following their thrilling 33-30 overtime win in Week 2, two members of the Stamps were recognized as CFL Top Performers. Linebacker, Titus Wall and kicker, Rene Paredes were recognized for their performances in the win (Stampeders.com).

–  Among the list of inductees for the Canadian Football Hall of Fame class for 2022, were Keith Evans and Roy Shivers. Each having a lasting impact on the Stampeders (CFL.ca). 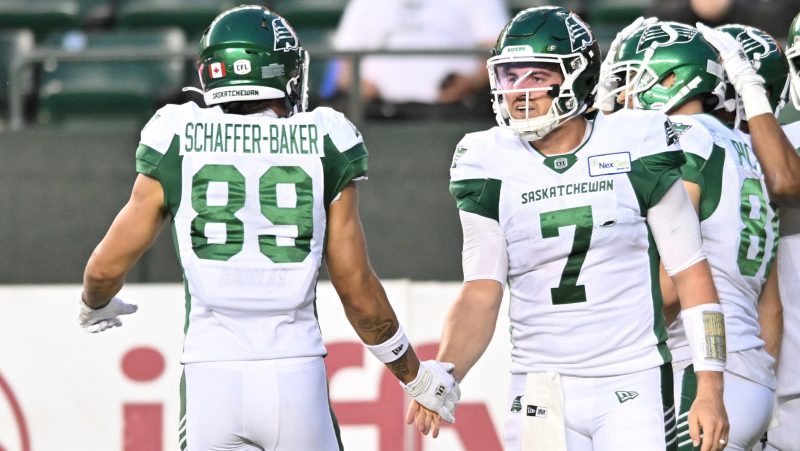 Cody Fajardo threw for 247 yards and a touchdown in Week 2 of CFL action (The Canadian Press).

– Canadian offensive linemen, Logan Bandy is set to make his first start at centre in Week 3 for the Riders, telling Riders media that he is feeling confident ahead of the Thursday night matchup (Riderville.com).

– In a Bombers media session, head coach, Mike O’Shea said he can feel the excitement in Winnipeg. Telling the story of a Winnipeg fan who stopped to wave and cheer on the Bombers at a red light earlier this week (BlueBombers.com).

– Ahead of their Week 3 matchup with the Hamilton Tiger-Cats, defensive back, Winston Rose and defensive linemen, Jackson Jeffcoat were listed as non-participants in the Bombers’ second day of practice (BlueBombers.com).

– Quarterback, Dane Evans practiced fully on Tuesday for Hamilton ahead of Friday’s matchup with Winnipeg. Evans was listed as limited for Hamilton to start the week (CFL.ca).

– After an impressive showing in Week 2, Tim White highlights this week’s list of must-have receivers for CFL fantasy players (CFL.ca).

–  After an 0-2 start to the season, head coach Orlondo Steinauer tells Ticats.ca that the message for his team entering Week 3, is to continue to work (Ticats.ca).

– Hamilton activated Canadian receiver, Tyler Ternowski from the six-game injured list earlier this week. Ternowski told Ticats.ca that it felt good to be back on the field, and that he couldn’t stand having to watch practices (Ticats.ca).

– With Ricky Ray set to join the Canadian Football Hall of Fame, CFL.ca’s Don Landry looks back on Ray’s years with the Toronto Argonauts (CFL.ca).

– Entering the third week of the regular season, Argos running back, Andrew Harris has been listed as limited on the team’s injury report with hamstring injury (CFL.ca).

– In what should be an exciting Week 3 matchup between the Argos and the BC Lions, CFL.ca’s Jamie Nye gives the Boatman a slight edge in this week’s Weekly Predictor (CFL.ca). 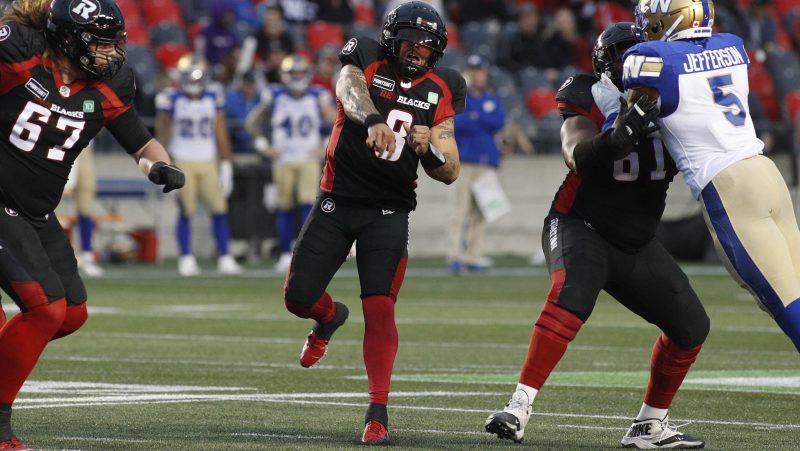 Jeremiah Masoli has recorded 711 passing yards and one touchdown to start the season (The Canadian Press).

– Veteran REDBLACKS defensive linemen, Cleyon Laing tells OttawaREDBLACKS.com that he feels he has taken on a leadership role, and despite and 0-2 start, remains confident in the direction Ottawa is trending (OttawaREDBLACKS.com).

– The REDBLACKS are on a bye in Week 3, but will be kicking off Canada Day weekend in the CFL by hosting the BC Lions in a Thursday night matchup. The REDBLACKS have planned a variety of activities for fans to enjoy to help kick off the weekend (OttawaREDBLACKS.com).

– Montreal quarterback, Vernon Adams Jr., will be unavailable for the teams Week 3 matchup against the Saskatchewan Roughriders. According to the team’s injury rpeort, Adams has been listed out with an illness (CFL.ca).

– Lifelong Alouette linebacker, Chip Cox was announced as a member of the 2022 Canadian Football Hall of Fame induction class. Cox enters the Hall on his first ballot after spending 13 seasons with Montreal.

– The Alouettes hold a record of 0-2 to start the season. That doesn’t stop CFL.ca’s Jamie Nye from siding with the Als in the Weekly Predictor, as they get set to take on Cody Fajardo and the Riders (CFL.ca).