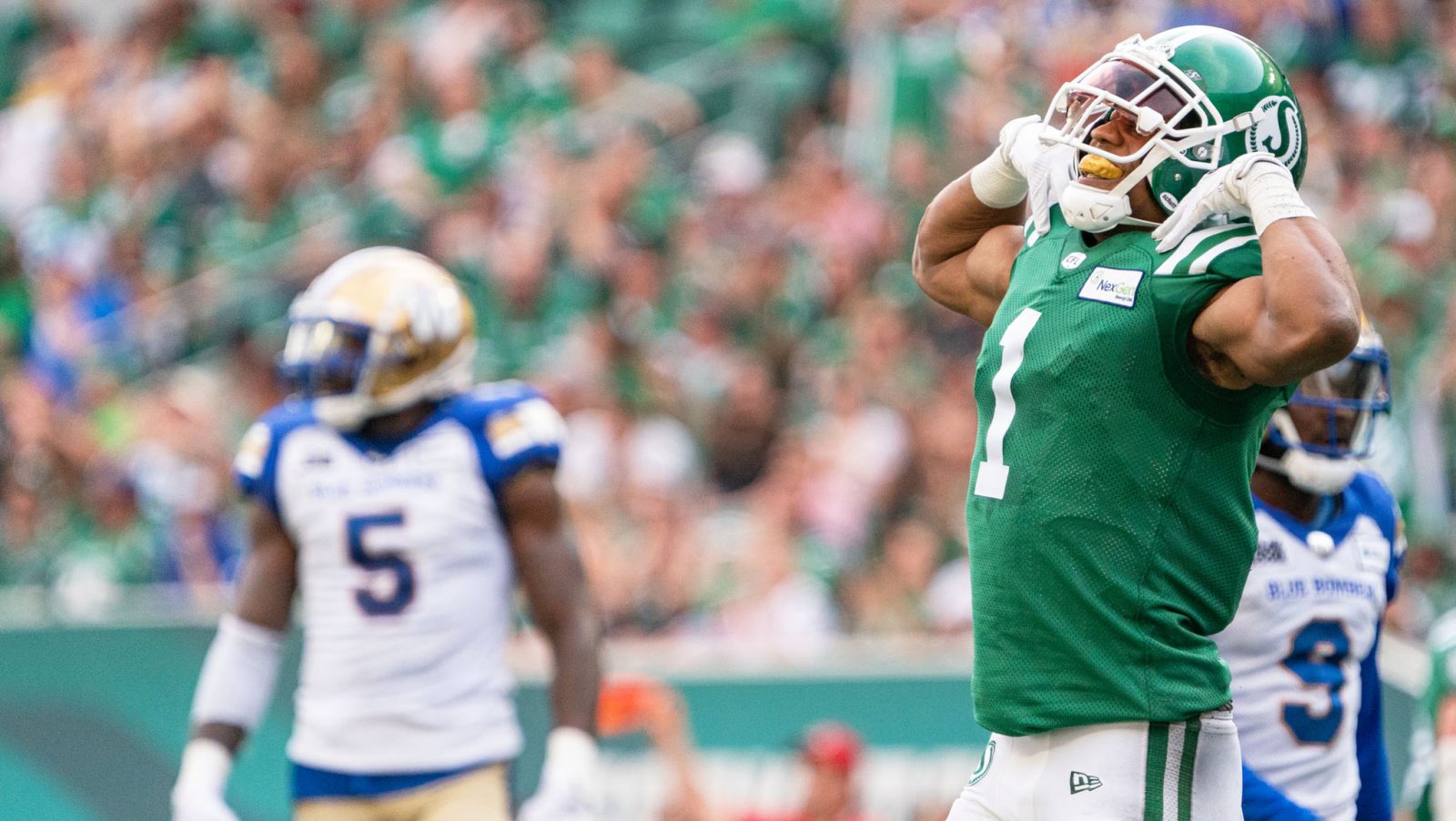 TORONTO — We’ve already passed the midpoint in the 2022 season, but the OK Tire Labour Day Weekend always has that midseason turning point feel.

These games aren’t a full on referendum on where your team stands or what it might be for the rest of the season, but in many instances it can give you a strong indication on where things are going.

In clinching a playoff spot with their Sunday win over the Saskatchewan Roughriders, the Winnipeg Blue Bombers reminded the league for the 11th time this year that they have been and remain the team to beat. The Toronto Argonauts picked up their first-ever Labour Day win at Tim Hortons Field and put a little bit of distance between themselves and the rest of the East Division. In Calgary, the Stampeders avenged their Labour Day loss of a year ago to Edmonton with Jake Maier under centre, closing in on the second place BC Lions.

About those Lions. The one team that didn’t play this past week made some big changes and are gearing up for a strong finish in their final eight games of the season.

There’s still a lot of football to be played, but the league’s top teams all found a way to assert themselves as we made our way through the holiday weekend.

There is no team in the league that shows more poise and believes in itself more deeply than this Bombers squad. A team that stays the course and finds ways to win turned to Marc Liegghio and a 55-yard go-ahead field goal, then yet another key defensive play on Cody Fajardo’s Hail Mary attempt to bat the ball away to secure their league-leading 11th win. The variety in which they’ve found ways to win this season might be their most impressive and telling trait.

Jake Maier dealt with a little adversity on Monday, throwing his first interception as the Stamps’ starter and just his second of the season. He managed to shake that off and steered his team through a tight game with their rivals on the biggest regular season stage of the season. Maier and the Stamps head into an important two-week stretch ahead of a bye week. They’ll go into Edmonton looking for the sweep of their season series with the Elks on Saturday and then they get another shot at the BC Lions. While the Bombers continue to win at their own unmatchable rate, second in the competitive West Division is very much up for grabs.

It’s hard to throw bold, all-time declarations around in a league that has over a century of history, so let’s just say that the Lions had themselves an extremely productive bye week. If things were bleak when the Lions limped off of the field after their loss to the Riders two weeks ago, the clouds have parted with two significant additions. Vernon Adams Jr. is a ready and able top level quarterback that lets the Lions continue to think Grey Cup this year, in the wake of Nathan Rourke’s injury. Not to be lost in the Adams trade: The acquisition of Terry Williams, who could provide a spark to the Lions’ special teams and take some of the workload away from Lucky Whitehead and Shai Ross, as both deal with injuries.

As Monday’s Labour Day tilt rolled forward, it became clear that the window to a Hamilton win would come through a combination of spectacular defensive plays and something outstanding on special teams. The Argos did give up a pick-six, but it was the only major they surrendered on the day. Eventually, what felt inevitable happened at Tim Hortons Field; the Argos’ defence got to the Ticats’ green quarterbacks and they made them pay. It’s taken some time, but the Argos have something of a cushion atop the East Division. If they can hold the REDBLACKS off this week, they’ll be in a good spot.

The things to grow from in the Riders’ Labour Day Classic experience: Cody Fajardo played his best game of the year and was only sacked three times. Also, the Riders were reminded that they can play with and be in a position to win against the Bombers. Major thing to correct: Discipline. This is a squad that for all of its talent is uniquely and broadly unable to control itself, whether it’s on the field or as we saw on Sunday, on the sidelines. If the Riders want to go places this season, they have to get their penalties under control.

This was not the Als team that their fans were hoping to see at Molson Stadium on Friday night. The team was buried by its four turnovers, including Trevor Harris’ fumble that led to Davon Coleman’s scoop-and-score TD in the first half. The Als are playing three of their next four games at home and have a great opportunity to climb up the East Division standings. At 4-7 and still in second in the East, they’ll get what could be a highly emotional game this week, with the BC Lions – and Vernon Adams Jr. – making the trip to Montreal.

It’s been a long time since we’ve been able to say this, so let’s throw it out there: Welcome into the mix, Ottawa REDBLACKS. Ottawa is on its first winning streak of the season and its first since 2019 after Nick Arbuckle out-duelled Trevor Harris and led the REDBLACKS to an impressive 38-24 win on Friday night. Most important for Arbuckle and Co. was that he and his teammates took care of the ball, posting a zero turnover night. There’s still a long way to go for the 3-8 team, but if they continue to play like this, there’s some excitement generating in the nation’s capital. Next up: Handle business at home and pick up a win at TD Place against the Argos.

When very few people thought they had a shot, the Elks made the Labour Day Classic a game and were within a score of the Stamps in the fourth quarter. The rebuild wears on in Edmonton, but Taylor Cornelius’ improved play is a definite bright spot. His fourth-quarter touchdown pass to Jalen Marshall was one of his best plays of the season. The challenge remains the same for the Elks this week in their rematch with the Stamps. They’ll look to put their home losing streak to bed on Saturday.

With Matt Shiltz shelved and Dane Evans hurting enough that Orlondo Steinauer wouldn’t look to him on Labour Day, the Ticats will hope that one of their two experienced quarterbacks can get on the field as soon as possible. As we mentioned when we looked at the Argos, until the Ticats can get valuable QB play, they’re stuck relying on their defence and special teams to carry a tremendous amount of weight. Until they get healthy at the most important spot on the field, the Ticats will be treading a very fine line this season.