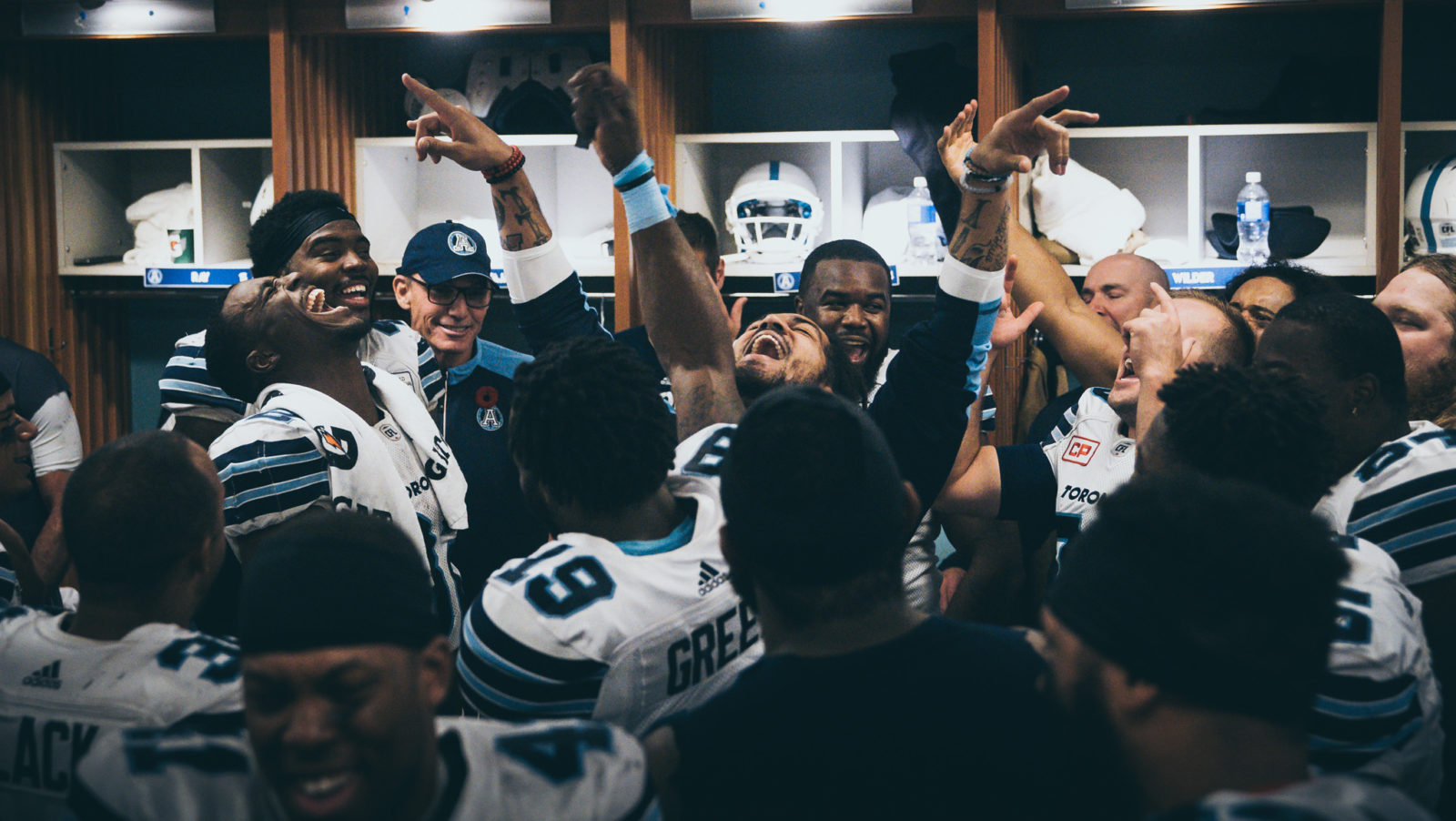 TORONTO — The regular season is in the books and now six teams remain on their quest for the Grey Cup as they look ahead to the 105th Grey Cup Playoffs.

In the final week of the season, the Argonauts defeated the Lions to take over first in the East and punch their ticket to hosting the Eastern Final on November 19th. That win also helped them jump two spots in the Power Rankings.

A three-game losing skid has the Calgary Stampeders falling while the Edmonton Eskimos fifth victory in a row has them holding strong at number one.

Where did the rest land? Find out in this week’s Nissan Titan Power Rankings:

The Eskimos avoided becoming the crossover team last week with a win over the Saskatchewan Roughriders. Now, Edmonton will travel to Blue Bomber territory as they face Winnipeg in the Western Semi-Final.

The stakes were high for Marc Trestman’s Argonauts and they rose to the occasion. With their fate in their own hands, Toronto defeated the Lions to move into first in the East Division. Now, the Argos have a week of rest before they return to the BMO Field to take on the winner of the Eastern Semi-Final.

The Roughriders will look to become the first team to cross over into the East Division and make the Grey Cup starting with a win in Ottawa this weekend. All eyes will once again be on the quarterback situation for the Riders as Brandon Bridge relieved Kevin Glenn last week.

The Stampeders head into a bye week riding a three-game losing streak as they await the winner of the Western Semi-Final. Don’t count out Calgary, however, as the Stampeders still have the offensive weapons and a strong defence to start winning again.

The REDBLACKS will host the Riders in the Eastern Semi-Final this week at TD Place. It’ll be Trevor Harris’ first start in the post-season and all eyes will be on him and his ability to handle the pressure.

Blue Bombers fans will get to witness the first home playoff game since 2011 this week as the Bombers welcome the Eskimos. Matt Nichols’ status is still unknown after not playing in the team’s win last week. Can the Bombers’ depth pull them through the playoffs or will the injuries catch up to them when it matters most?

Hamilton put on a show in front of their home crowd in the team’s last game of the season. The Tabbies defence shut out the Alouettes and the offence, led by Jeremiah Masoli, put up 33 points. Three receivers – Jalen Saunders, Luke Tasker and Brandon Banks – also hit the 1000-yard mark on the season as the team looks ahead to 2018.

The Lions didn’t finish the season how they would have hoped – a loss to the Toronto Argonauts will be the last thing on their minds as they head into the off-season. Will it still be Wally Buono behind the bench next season? Only time will tell.

After a difficult season, the Alouettes look ahead to 2018. Will they have a new coach in place? Who will be at quarterback once the season starts next June? Those are questions that are sure to be answered over the next few months.