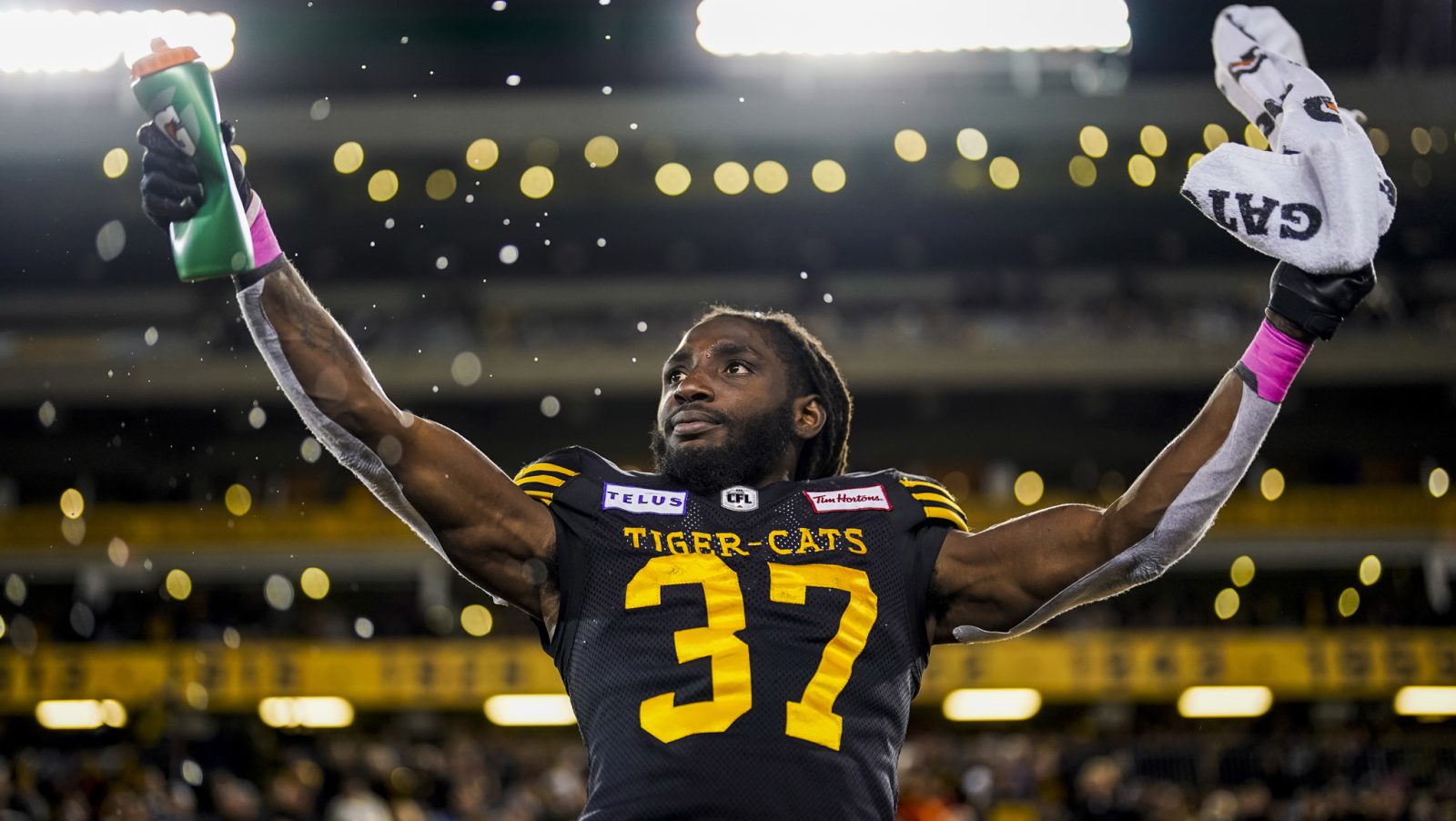 TORONTO — We’re never ones to wish things away. On and off the field, it’s important to be in the moment and Week 19 of the season promises its share of them.

With that said, it’s hard not to look a little bit ahead on the schedule and focus on the final two weeks of the regular season.

Depending on how things go this week, we could see Ottawa and Hamilton both fighting for their playoff lives in Week 20 and 21. We could see Toronto and Montreal battling for first place in the East Division. BC and Calgary won’t meet directly until the playoffs, but they’ll both be trying to win out to secure homefield for the Western Semi-Final.

The Saskatchewan Roughriders, meanwhile, might feel sick to their stomachs as they sit through their final bye week of the season, knowing that they too need to win out when they return to action. They face the Stamps in a home-and-home series and will be vying for that East crossover spot.

After cementing their spot atop the West Division for another year, the Winnipeg Blue Bombers’ spot in these rankings just might be untouchable. But with lots of playoff jostling set to happen, starting this week, the rest of these rankings are far from set in stone.

The Bombers had a goal in front of them and on Saturday night, they went out and steamrolled their way to it like they were the only team on the field. Their 48-11 demolition of the Elks helped locked up the top spot in the West Division for them (they’ll tip their Blue and Gold caps to the Argos for handing the Lions the loss necessary to complete the equation) and puts them, officially, in firm control of the season. Coach Mike O’Shea can opt to rest whoever he likes however much he wants over the next three games, getting ready for the playoffs. It’s a well earned and familiar place for the team that’s been the cream of the crop in this 2022 season.

The Stamps emerge from their bye week with a playoff spot secured, but as it stands right now could use a trio of wins to try and ensure they play that game at McMahon Stadium. They share a 10-5 record with the Lions, but the Lions took the season series and that sets up a very interesting finish to the regular season. The Stamps will see two playoff-hungry opponents in that span, as they host the Hamilton Tiger-Cats this week, then face the Saskatchewan Roughriders in a home-and-home series the next two weeks. It’s possible that both the Stamps and Lions will be playing meaningful games right into the postseason.

The Argos have yo-yo’d in these rankings the last few weeks. On the heels of their win over the Lions on Saturday, they’re trending up again. At 9-6, they hold a two-game lead over the second-place Alouettes, who are waiting in the wings for their end-of-season series. We’ve talked a lot about the Argos’ defence this season. Saturday provided a great moment for McLeod Bethel-Thompson and the Argos’ offence. It’s the kind of thing that a team can draw on as the playoffs near. “You come in here to give something of yourself, to be a part of something greater,” a bloody-lipped Bethel-Thompson told TSN’s Matthew Scianitti after the win.

With the Stamps sitting idle on their bye week, the Lions had an excellent chance to jump ahead of them in the standings. Instead, they came out on the wrong side of their date with the Argos on Saturday and now share a 10-5 record with the Stamps. That could mean that the home team in the Western Semi-Final may not be determined for a few weeks. It’s not what the Lions or Stamps would prefer, but it does give Vernon Adams Jr. a few more weeks of high stakes atmosphere games to play in before the season is truly on the line for him and his still-new teammates.

Despite incurring their second loss of the season to the REDBLACKS, the Alouettes should like what they have, big picture. Their defence continued to make plays in their Thanksgiving Monday matchup and their offence showed some contributions beyond the weekly cape-wearing efforts of Eugene Lewis. William Stanback had eight carries for 20 yards, but his involvement and production figure to grow as he gets more comfortable on the field and as the elements around him shift to a more run-conducive setting. They didn’t clinch their playoff spot on Monday, but this team stands to be a force when the playoffs get here.

Here’s to the ground game that the Ticats have been searching for almost all of this season. The road to the playoffs is a fittingly challenging journey for the Ticats. To reach the postseason, they’ll have to find the consistency they’ve lacked all year. In the five wins they’ve picked up, none of them have come back-to-back. That’s right, this is a team that’s yet to go on a win streak. A late-season breakthrough on that front could be the tonic the Tiger-Cats have sought all year and it could extend their season into November.

In a playoff-like atmosphere, you look for the team that makes the biggest plays to usually win. The Riders’ offence had a pair of touchdowns to one on the ground for Hamilton’s offence; they had a blocked punt that set up a touchdown. But a painfully familiar trend continued for this Riders team in Hamilton that ensured they’d take their 10th loss of the season. The Ticats picked up seven sacks on the night, keeping Fajardo and his offensive teammates out of rhythm and under pressure. Speaking of pressure, the Riders face it now until the end of their season. They get a very unwelcome bye in Week 19, then face the Stamps in a home-and-home to try to out-pace the Ticats or even the REDBLACKS for that crossover spot.

We often see it in sports across the board. A coaching change can give a struggling/underperforming team a breath of life and that may be what happened with the now 4-11 REDBLACKS. Some more of holiday Monday Nick Arbuckle (28-32 passing, 229 yards), perhaps with a sprinkling of a few touchdowns, will go a long way to making things interesting for the REDBLACKS these next few weeks. That Thanksgiving Monday breath of life has kept their playoff window open and we’ll find out on Friday if it was a gasp or if they’ve got enough in them to make what would be one of the more remarkable runs to the playoffs in recent CFL history.

The Elks had their playoff hopes dashed in their blowout loss to the Bombers on Saturday, continuing their season-long pattern of showing promise, getting the odd win, but reverting back to a team that is building for next season. The focus for this year’s team shifts to its final two games on the schedule and a great opportunity to end things on a high note. The Elks are at home this week to the Argos and host the Lions in Week 20. Missing the playoffs will sting for Elks fans, but picking up a win at Commonwealth Stadium before we start to look ahead to 2023 would provide a high note for the players and the community alike.