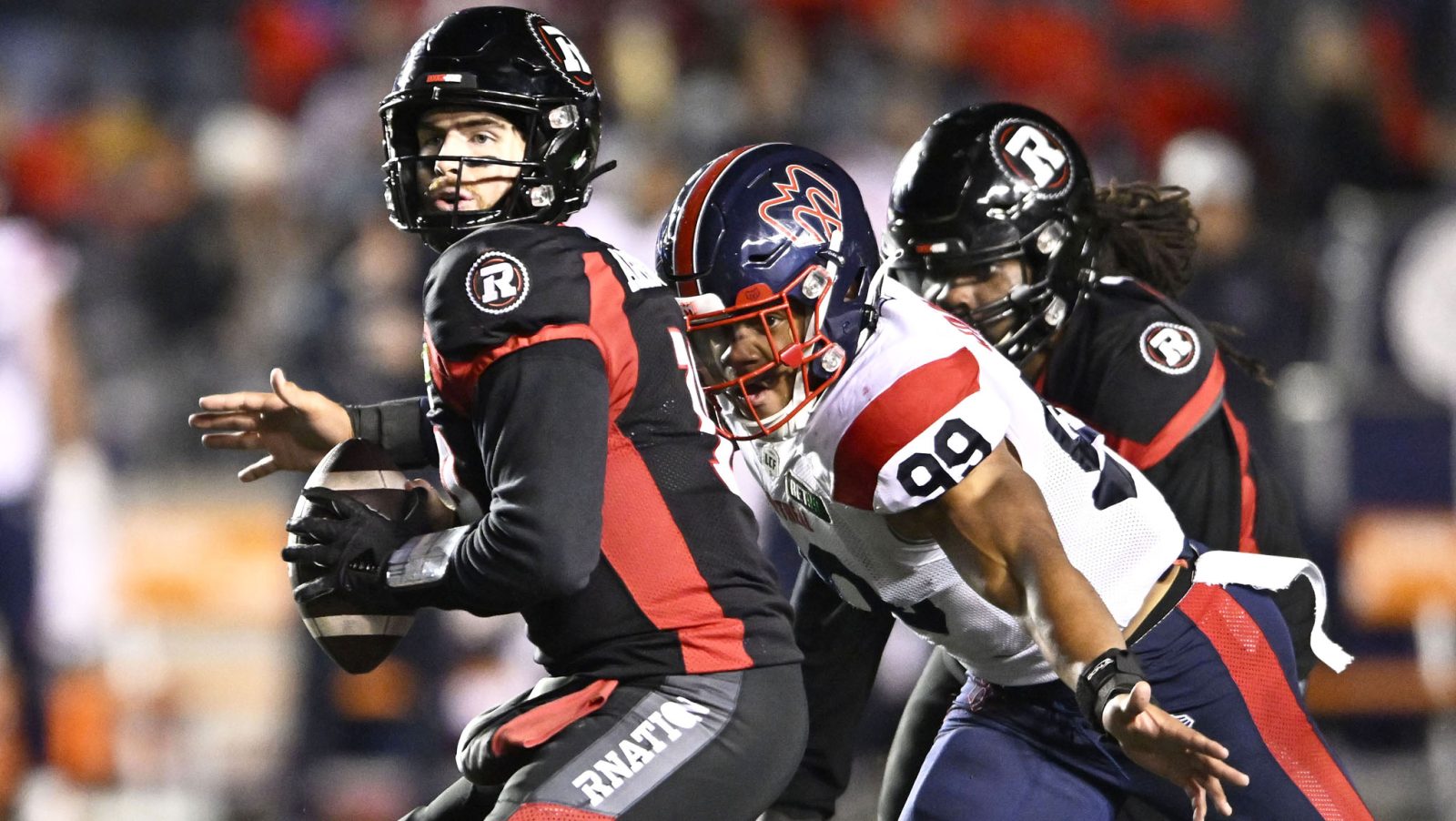 TORONTO — Week 19 of the season presented the committee of rankers here at CFL.ca with something of a conundrum.

In normal times, where rosters are fully stocked with the best talent and all of the playoff positioning is still up for grabs, a BC Lions win over the Winnipeg Blue Bombers would have us re-examining the No. 1 spot in these rankings. Instead, the votes came in with a mindfulness on exactly why the Bombers didn’t have to play Zach Collaros this past week.

The Lions’ jump in the rankings may come as a surprise to some, but there are other factors at play here. The Calgary Stampeders, last week’s No. 2 team, dropped a surprising one to the Hamilton Tiger-Cats, who had not only failed to find a win streak before Week 19; they were also winless on the road. That and the fact that the Stamps still have a home playoff date to play for cost them this week.

It wasn’t enough to have them fall behind the Toronto Argonauts, though. Despite the Argos’ win in Edmonton, the Stamps’ sweep of the season series against the Argos, including their Week 17 meeting that saw the Argos only put up two points against them, carried some weight.

With the Bombers on a bye this week, all four games on the docket have playoff implications with them, including the gradual untangling of Saskatchewan, Hamilton and Ottawa all fighting for the final playoff spot in the East. Those games could have immediate repercussions on the field and will almost certainly be felt here in next week’s rankings.

If this were an in-the-moment, by-the-book rankings, the Bombers wouldn’t be at the No. 1 spot, but we like to consider the team’s entire body of work here. By virtue of being the league’s most dominant team, the Bombers have shifted into rest-your-best mode. What we saw in BC this past week isn’t what we’ll see when the Bombers take to IG Field on Nov. 13 when they host the Western Final. What we did see though, was a Bombers team that put up 32 points, had a great contribution on special teams and despite some key figures missing, was in the game with the Lions most of the night. It’ll be interesting to see how Mike O’Shea handles playing time in the team’s finale, after this late-season bye in Week 20.

A pessimist might look at the Lions’ recent wins over struggling Ottawa and resting Winnipeg as less than impressive, or as gimme games that good teams must win. There’s a nugget of truth in that, but the wins are meaningful for a team that’s racing to host the Western Semi-Final. They’re also big for Vernon Adams Jr., as he continues to integrate into the Lions’ offence. The offensive production wasn’t there for the Lions, who clearly missed Bryan Burnham and Lucky Whitehead, but even those offensively-challenged games can let Adams see other receivers and could gleam something useful for himself when the games carry more weight in a few weeks time.

Jake Maier finally had one of those games that you might expect from a first-year starting QB, as he piled up three interceptions against the Ticats, offsetting an otherwise solid night (26-35 passing, 251 yards, two touchdowns). The loss to Hamilton could prove costly, as the Stamps try to outpace the Lions for homefield advantage in the Western Semi-Final. BC travels to Edmonton this week, then gets the resting Bombers to close out the schedule, while the Stamps will have to try to fight off crossover-hungry Saskatchewan in a home-and-home series.

The Argos went into Edmonton and took care of the business they needed to, moving a win away from securing the top spot in the East Division. The Argos’ 10th win of the season was another one that was anchored by a strong second-half performance. As the weather shifts and the run game becomes more important, A.J. Ouellette seems to be hitting his groove at just the right time. The Argos will need him and the rest of their team to find something closer to a 60-minute consistency if they want to host their second consecutive East Final this year. The Alouettes will leave them little room for error this week.

The Als grinded out a win on Friday night in Ottawa, ensuring themselves a home playoff date in the process. The once 2-6 Als have gone 6-2 since, sit at an even 8-8 and now have a shot at upending frontrunning Toronto for the top spot in the East Division, as the two line up in back-to-back weeks to close out the regular season. From their slow start to the early-season coaching changes and the departure of Vernon Adams Jr., this team has made a remarkable turnaround and stands as a threat, whether they’re the No. 1 or 2 seed in the East. Saturday night’s game against the Argos at Percival-Molson Stadium should be an excellent one.

In the words of Will Ferrell in Old School, “We’re going streaking!” The Ticats are finally on a winning streak and it’s come at the perfect, most essential time of the year for them. Their win over the Stamps gives them the same 6-10 record as crossover-hopeful Saskatchewan. While they don’t have outright control of the playoff race, the upset/kind of a stunner of a win on Friday night inches them closer to seeing their season extend past Week 21. This home-and-home series with the REDBLACKS, which kicks off in Hamilton on Friday night, will be must-see TV and will help determine who is traveling for the Eastern Semi-Final.

Unless you’ve handled all of your business throughout the season (see the Winnipeg Blue Bombers), late-season bye weeks are the hardest ones for a team to sit through. That was the case for the idle Roughriders this past week, as they watched Hamilton stun Calgary, which both bolsters the Ticats’ playoff chances and keeps the Stamps in need of wins to keep up with the Lions. That’s bad news for the green team, as they get ready for a pair of games against Stamps. Before the Riders will play on Saturday, there’s more watching to do. If the Ticats down the REDBLACKS, the Riders’ backs will be pushed further up against the wall.

The turnaround isn’t quite what we’ve seen in Montreal, but the REDBLACKS are doing everything they can to make their final games as interesting as possible. Interim head coach Bob Dyce took his first loss this past week against the Als, but his team is playing with a fire under it, as they almost pulled out their third win of the season against their next-province-over rivals. As well as the Ticats may be playing at the moment, this home-and-home series against the REDBLACKS likely won’t be the cakewalk that some may have thought it would be over the last few weeks. The REDBLACKS still have a chance this season and a win on Friday at Tim Hortons Field would make things very, very interesting for Week 21.

The at-home heartbreak continues to pile up for the Elks. If you thought Tyrice Beverette’s game-sealing pick six was tough to watch two weeks ago, Ouellette and the Argos came through with a dagger on Saturday night. The Elks have one more shot to pick up that elusive home win, when the Lions come to town on Friday night. They’ve been so, so close their last two home games. Landing the plane and sending the fans home happy to close out the season would be a big win for this Elks squad.